At the recent House of Commons Health Committee hearing which took place on 5 March 2013, the chair, Stephen Dorrell MP, explained the background to the meeting as the ‘scandalous failure of care’ at Mid-Staffordshire Hospital which he saw as ‘deeply shaming to the NHS and also those individuals [that are] implicated in that failure of care’. He reflected one of the key recommendations of the Francis report[1] when he asked of the current Chief Executive of the National Health Service (NHS) in the UK, Sir David Nicholson, what he understood by the call for a ‘change of culture’ and ‘how is it going to be brought about?’.

Part of Nicholson’s response was to say that ‘Quality was not the organising principle of the NHS’ at that time. Given the emphasis on quality and account-ability for delivering quality of care from the Bristol Inquiry,[2] the introduction of clinical governance in the 1990s[3] and, more recently, Ara Darzi’s High Quality Care for All,[4] many observers would have been shocked at this statement. He went on to comment, tellingly, that ‘During that period, across the NHS as a whole, patients were not the centre of the way the system operated. For a whole variety of reasons, not because people were bad but because there were a whole set of changes going on and a whole set of things we were being held accountable for from the centre, which created an environment where the leadership of the NHS lost its focus.’

The culture and leadership that was being de-scribed, I would suggest, is referring to the culture of management and managers rather than clinicians or clinical leaders. There can hardly be a single moment in any working day, unless it is through illness or burnout, when a clinician does not clearly see the patient at the centre of their focus. Most of a clinician’s working day, whether they be general practitioner, consultant, nurse, paramedic or other allied health professional involves face-to-face consultations and discussions with patients and their relatives. So the failure to place patients at the centre of the system may reflect the cultural divide between clinicians and managers.

Organisational culture, in contrast to various other complex meanings of culture,[5] has been defined by Edgar Schein as ‘a pattern of shared basic assumptions that [is] learned by a group as it solves its problems of external adaptation and internal integration that has worked well enough to be considered valid and ... the correct way to perceive, think and feel in relation to those problems.[6] Nicholson made the point that ‘the NHS is not one organisation’. He may have been refer-ring to the different organisations and professional groups that make up the NHS, and while it may be true that differences in culture exist there, perhaps the most important cultural divide in the NHS today is still that between clinician and manager. The cultural divide exists in a number of areas, but three are worthy of highlighting: the culture of fear running though man-agement, the low levels of engagement of clinicians in improvement, and the lack of use of improvement science by clinicians and managers together to bring about change.

The culture of fear arising from the threat of repu-tational damage through ‘naming and shaming’[7] or job loss for chief executives and senior managers, whilst it may help to achieve targets,[8] can lead to unintended consequences: a focus on targets which misses the point that the means of attaining these should focus on better patient care; the top-down control of standards rather than an approach that encourages shared learn-ingandparticipative improvement; andworseningrather than healing relationships between managers and clinicians.[9]

Previous studies of the NHS have suggested that it tends to adopt a ‘top-down’ approach to standards in which mangers fail to engage or work with clinicians and other stakeholders in a meaningful way.[7] Lack of engagement of clinical staff, working at the front lineof care, in quality improvement initiatives has led to managers disenfranchising or even alienating the clinical leaders in NHS organisations most able to bring about real improvements.[10]

Finally, the failure to employ advances in improve-ment science and measurement, particularly by involv-ing patients and carers to improve patient experience,[9] has meant that the NHS has remained focused on meeting targets and regulatory requirements, and has been risk-averse and less equipped to undertake im-provements and innovation than it might otherwise have done.[11,12] Measurement is critical to improve-ment, but we need to think carefully about what we measure, how we measure it and how this is applied to improvement.

Perhaps the most fundamental lesson for those who are leading the NHS and everyone working in it is that the health service is about providing safe, effective care with a good experience for our users and patients – so ‘patients come first’, and everything else we do as clinicians or managers must be linked to this basic tenet. Indeed, this should be the essential shared assumption that every other assumption should relate back to.

As Robert Francis stated, ‘If there is one lesson to be learnt, I suggest it is that people must always come before numbers. It is the individual experiences that lie behind statistics and benchmarks and action plans that really matter, and that is what must never be forgotten when policies are being made and imple-mented.’ 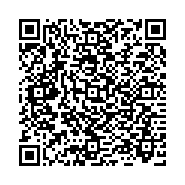