The results of meta-analytic review that compared Laparoscopic Distal Pancreatectomy (LDP) versus Robotic Distal Pancreatectomy (RDP) demonstrated the safety and feasibility of the robotic approach. The studies comparison showed no differences in postoperative complications, 30-day mortality, ICU stay, conversion rate, pancreatic fistula,morbidity and mortality rate between the LPD group and the RDP group.

Distal pancreatectomy (DP) is the mainstay surgical procedure for the treatment of body-tail tumors of the pancreas associated with morbidity and mortality of 5%. The first Laparoscopic Distal Pancreatectomy LDP was in fact performed by Cuscheri in 1996. In few years many studies have been shown that LDP has achieved oncological results comparable to open surgery, with reduction of morbidity rate associated with the advantage of small surgical incisions, shorter hospital stay and faster recovery.Robotic distal pancreatectomy (RDP) was first performed by Melvin in 2003 and, actually, is considered the most recent frontier of minimally invasive surgery applied to the surgical treatment of pancreatic tumors. Recent studies showed that RDP allows optimal viewing through a three dimensional high definition surgical view, tremor filtration, more movements possibility due to an internal articulated endo-wrist, remarkable ergonomics for the surgeon but seems have higher costs , higher operative time and have not an advantage in terms of surgical and oncologic outcomes. We performed a systematic review and metaanalysis in order to compare the results of laparoscopic vs. robotic distal pancreatectomy [1, 2, 3].

A systematic search of the literature from the PUBMED, MEDLINE, EMBASE, GOOGLE SCHOLAR databases published between January 2000 and 2018 was performed. The following search terms were used: distal pancreatectomy, laparoscopic, robotic, pancreatic fistula.

The following data were used to compare patients undergoing RDP/RADP with those undergoing LDP: patient characteristics, operative outcomes, and postoperative recovery. Postoperative pancreatic fistula (POPF) was defined according to the International Study Group on Pancreatic Fistula (ISGPF), morbidity and mortality.

P.Gavriilidis et collegues, analyzed nine studies including 637 patients (246 robotic and 391laparoscopic). RDP had a shorter hospital length of stay by 1 day (P = 0.01). On the other hand, LDP had shorter operative time by 30 min, RDP showed a significantly increased readmission rate (P = 0.04). There was no difference in the conversion rate, incidence of postoperative pancreatic fistula, International Study Group of Pancreatic Fistula grade B–C rate, major morbidity, spleen preservation rate and perioperative mortality. All surgical specimens of RDP reported R0 negative margins, whereas 7 specimens in the LDP group had affected margins [8]. They concluded that there is no essential difference between the two techniques in terms of feasibility, safety and oncological adequacy and showed that the 30 min longer operative time of the RDP is due to the docking and undocking of the robot.

Sun-Bing Xu et al. included 13 studies with 1396 patients comparing Robotic Assisted Distal Pancreatectomy (RADP) with LDP. Regarding to intraoperative outcomes, RADP was associated with a significant decrease in conversion rate (OR Z 0.52; 95%CI: 0.34, 0.78; P Z 0.002), a significant higher splenic vessels conservation rate was observed in the RADP group (OR Z 4.71; 95%CI: 1.77, 12.56; P Z 0.002). No statistically significant differences were found at operation time, estimated blood loss and blood transfusion rate, postoperative outcomes, overall morbidity, pancreatic fistula and the length of hospital stay between the RADP and LDP groups [9, 10]. Concerning pathological outcomes, positive margin rate and the number of lymph nodules harvested were comparable between the two groups. Only a disadvantage was noted: The operative cost of RADP was almost double that of LDP (WMD Z 2350.2 US dollars; 95%CI: 1165.62, 3534.78; P Z 0.0001).

Minimally invasive approaches have radically changed the history of pancreatic surgery during the last 2 decades. The laparoscopic approach limited to distal pancreatectomies and enucleations gained wide diffusion. Introduction of the robotic devices in the last decade has added some advantages compared to even laparoscopy about pancreatic surgery. Robot-assisted surgery has many advantages such as smaller incisions, faster recovery, restoration of eye–hand coordination, enhanced 3D vision, improved movement precision, and ergonomics due to endowrist technology robotic. Robotic-assisted pancreatic resections have shown to be equally feasible in terms of oncological outcomes and postoperative complications. Its remarkable benefits due to being less invasive and causing decreased blood loss, less surgical trauma, and faster recovery. Nevertheless, today there are many controversies on the role of RDP surgery for pancreatic malignancies regarding the effectiveness of radical resection in terms of extended local resection of the infiltrated pancreatic capsule, extension of lymphadenectomy, and major vessels’ dissection and/or resection. Tumor characteristics need to be taken under consideration for selecting patients as candidates for RDP. In case of malignant, bulky, and locally advanced tumors and/or tumors proximal to the neck, indication for RDP approaches is questionable The last but not the least, there are many controversies about the cost and the learning curve considering that only few centres have a robotic device. 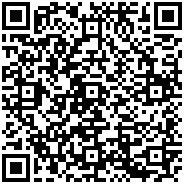