Is it time to take primary care seriously in redressing health inequalities?

Despite successive public health white papers, health inequalities are still widening in the UK and the government admits that policies have not worked sufficiently to achieve targets to reduce health in-equalities.[1] The latest statistics for obesity, smoking habits, alcohol misuse and inactivity levels in the population of the UK are worse for particular sub-groups of people such as teenagers, various ethnic groups, impoverished people, and those with mental health problems.[2]

The World Health Organization (WHO) Com-mission for Social Determinants of Health considers that social injustice is killing people on a grand scale, and makes a powerful case for tackling social deter-minants of health, in both developed and developing countries.[3] The report also recognises the value that the health sector can have in addressing inequalities and emphasises the crucial role of primary care ser-vices in reducing inequalities.

The current target-based approach to primary care interventions in the UK has not achieved what it might have done. This is partly because the Quality and Outcomes Framework (QOF) was not designed to reduce health inequalities and is confined to delivery of health care rather than being focused on the wider determinants of health.[4]

In order to make an impact on health inequalities, we must optimise the potentially powerful collaboration of public health and primary care providers, and engage frontline clinicians. Primary care in particular offers previously unexploited opportunities to tackle both health and social inequalities. Historically, screen-ing and immunisation programmes show the poorest uptake amongst disadvantaged communities, but the overall impact of these programmes has been to reduce health inequalities. There have been promising im-provements in recent years in related areas in general medical practices across the UK, bringing about the steady decline in prevalence of cardiovascular disease, and improvements in the management of hyperten-sion, secondary prevention of heart disease and smok-ing cessation.[1] Analyses of national QOF data indicate that the greatest benefits have been achieved by those general practices serving the most deprived areas because of their low baselines, although the pace of change has been slow and general practices serving deprived communities still attain the lowest scores.[5] There are also concerns that the system of exception reporting for QOF is having an adverse impact on deprived populations and increasing inequalities, be-cause it is all too easy to exclude the hardest to reach patients who are the ones who might benefit most from good quality care of their long-term condition.[6]

Primary care has a crucial role in the effective man-agement of chronic illnesses that impact on life ex-pectancy such as cardiovascular disease (CVD), diabetes and chronic obstructive pulmonary disease. While im-pressive progress has been made towards secondary prevention of CVD, there is considerable potential to improve patient concordance with aspirin and statin use, particularly in deprived populations. There are enormous variations in disease attainment on prac-tice-based disease registers. For example, diabetes care standards vary considerably within primary care, with differences in recording of prevalence on practice regis-ters and diverse associated outcomes such as manage-ment of hypertension and lowering of glycosylated haemoglobin values.[7] Some practice teams actively seek to diagnose patients previously unknown to have long-term conditions such as chronic heart failure, diabetes, or chronic obstructive pulmonary disease (COPD), and are scrupulous about adding newly diag-nosed patients to their practice disease registers and undertaking comprehensive structured annual reviews, whereas other practices have lax systems, and are not penalised financially for poor performance.

Despite a strong evidence base for almost a decade, progress in the primary prevention of CVD has been negligible. The National Service Framework standard on primary prevention has largely been ignored and a systematic approach remains absent in the QOF, mainly because it has been difficult to implement. The general practices that are least likely to be undertaking primary prevention in a systematic way are those serving disadvantaged populations. But there are now grounds for optimism, with progress in infor-mation technology and a firm evidence base supported by the National Institute for Health and Clinical Excel-lence.[8] Implementing primary prevention should be a much higher priority over and above the introduction of population-based vascular checks, with a compre-hensive system in place to tackle unhealthy lifestyles identified through the programme.[9] The recent House of Commons Health Committee report on health in-equalities urges caution on implementing programmes like vascular checks without designing an evaluation framework at the outset.[10] General practices cannot undertake the NHS Health Check programme of screening all adults aged 40–75 years unaided, without a range of lifestyle support services to which to refer patients identified as being at relatively high CVD risk. Public health must take a lead in making such local services easily accessible to those with need, along with primary care organisations (PCOs), local councils and the voluntary sector.

Primary care has an important role in assessing individuals’ readiness to change behaviour and pro-viding appropriate brief interventions for a number of unhealthy lifestyle habits such as smoking, excess alcohol intake and too little physical activity. Clin-icians are often poorly motivated to undertake these interventions because of low success rates in changing behaviour or attitudes. However, these low outcomes translate into large year-on-year cumulative public health benefits if the brief interventions are applied systematically across populations, particularly for smok-ing, alcohol and physical activity. There are large vari-ations in smoking quit rates.[11] If best practice in smoking cessation was applied systematically in de-prived areas, then this would make a significant public health contribution towards reducing health in-equalities. The health service does not routinely collate data on clinician and practice referral rates to smoking cessation services or one-year quit rates. The import-ance of the latter is demonstrated by the recently published data collated through the Patients’ Survey as to the proportion of patients who have been offered advice about smoking and alcohol by primary care clinicians.[12]

The QOF is leading to disease care at the expense of provision of a holistic approach towards the patient where personalised patient care is organised along integrated health, social and welfare pathways. An even more significant failing of the QOF is the lack of focus on patient groups who do not fit into QOF disease categories, but have complex social and health care needs, such as those with learning disability.

So can general practice teams make a significant impact on the social determinants of health? There have been several studies examining the advantages of providing welfare benefits advice in close proximity to primary care settings to improve uptake of financial benefits with a consequent reduction in poverty.[13,14] Primary care is in an ideal position from which to provide, or direct those in the greatest need to, struc-tured services for a range of social issues including welfare services, housing services, counselling (in par-ticular to address loneliness) and job centres.[15] PCOs, particularly those serving deprived populations, need to provide a range of accessible services to which those working in primary care can refer, thinking more widely than they have done in the past about how to meet the needs and pReferences of particular sub-groups of their patient population. In return, primary care professionals need to have full ownership of the biopsychosocial model of health, collate socio-econ-omic data, and ensure that their patients receive the more structured care that Tudor Hart has advocated for the last 30 years or so.[16] It is time to ‘take primary care seriously’ in the battle against social and health inequalities.[17] 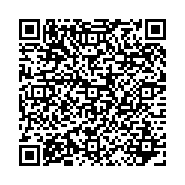