Director of Outpatient, Department of Gastroenterology

Colonoscopy is the screening method of choice to detect and remove adenomas that may have malignant potential.[2–5] Bowel preparation remains a major deter-rent to patient compliance with colorectal cancer (CRC) screening guidelines but is essential to the success of colonoscopy and proper CRC screening. Failure to complete the bowel preparation can lead to sub-optimal cleansing, inadequate visualisation, increased procedural risks and unwillingness to comply with subsequent recommended colonoscopies. High-quality bowel preparation significantly reduces the cost of colonoscopy and increases the rate of polyp detec-tion.[6,7]

The most widely used bowel preparations result in suboptimal bowel preparation between 9% and 67% of the time.[8–10] Previous studies have suggested that patient compliance is important to ensure proper bowel cleansing.[8,11] Moreover, a favourable bowel prep-aration experience may promote greater compliance with repeat screening recommendations.

Investigators have examined a wide variety of in-terventions to increase utilisation of CRC screening rates.[12] Mailed brochures have been shown to increase patients’ adherence to primary care physician referral for screening colonoscopy.[13] However, there is little data examining the effect of improved patient edu-cation on the quality of colon cleansing.

A single-blinded, randomised, controlled trial was conducted to evaluate the hypothesis that enhanced patient education will improve adherence to bowel preparation instructions prior to colonoscopy and positively affect the quality of the preparation. Our local institutional review board approved the protocol and informed consent procedure. The concept of informed consent was explained to the enrolled sub-jects and consent was gained prior to enrolment.

Determination of the sample size

In our experience, more than 80% of our private patients, but fewer than half (45%) of our clinic patients have adequate bowel preparation. We hypothesised that our educational intervention would increase the rate of bowel preparation in clinic patients by 65%. Therefore, we calculated that 152 subjects were needed to achieve a power of 90%. We chose to enrol 182 subjects to allow for a 20% no-show on the day of the scheduled procedure.

to all subjects. All subjects received identical bowel preparation instructions (Figure 1). The preparation consisted of one gallon of polyethylene glycol with electrolytes after three bisacodyl tablets. All subjects were advised not to eat past midnight on the night prior to colonoscopy.

The following data were collected: age, sex, race, height, weight, anxiety level, antidepressant use, edu-cational level (less than college vs college and higher), history of previous colonoscopy, indication for pro-cedure, frequency of bowel movement, prior or cur-rent history of liver disease, prior or current history of kidney disease, haemodialysis and abdominal surgery. Written instructions in Spanish were distributed to Spanish-speaking subjects. Senior gastroenterology fellows, using interpreters for subjects who did not speak English, provided all patient instructions. After receiving written and verbal instructions, subjects were asked a series of questions by nursing personnel. Translation was provided for subjects who did not speak English.

The study was conducted at two medium-sized, inner-city hospital clinics, in north-eastern USA. Data were gathered on 164 consecutive subjects presenting for outpatient colonoscopies between June 2007 and January 2008.

The inclusion criteria were; age older than 40 years and ability to consent to participate. Although the recommended age for CRC screening for patients at average risk is 50 years, many patients who had increased risk for reasons such as strong family history, obesity and African–American race were screened and included. As a result, we used 40 years as a lower cut-off for the CRC screening in order to include the high risk patients. Exclusion criteria included previous colonic surgery, mental impairment, illiteracy, physi-cal disability (defined as individuals who were con-fined to bed or wheelchair users), failure to provide requested data and other medical conditions that precluded meaningful participation in the study.

Eligible individuals were enrolled in a consecutive manner from the gastroenterology clinics and random-ised into ‘control’ and ‘educational intervention’ groups. The randomisation was done using odd and even numbers starting with number one (alternate allocation). Verbalandwritteninstructionswereprovided

All subjects were given written and verbal instruction at the time of their clinic visit approximately three weeks prior to the scheduled colonoscopy. In addition to receiving the written and verbal instructions the intervention group also completed a written multiple-choice questionnaire (Figure 2) at the same clinic visit. The purpose of the questionnaire was to test the subjects’ comprehension of previously given verbal and written instructions. Senior gastroenterology fel-lows reviewed the questionnaire with subjects and incorrect answers were identified, corrected and explained to the patients during the same clinic visit. Translators were used for non-English-speaking sub-jects.

On the day of the procedure, prior to colonoscopy, all subjects received a post-bowel preparation question-naire (Figure 3) to determine their adherence to the instructions.

Analysis was conducted using the SPSS 15 Statistical Software, SPSS Inc. For the purpose of analysis, we dichotomised the results for colon preparation to ‘adequate’ preparation (excellent and good results pooled) and ‘inadequate’ preparation (fair, poor and inadequate results pooled). This decision was justified on the basis that the fair, poor and inadequate categories were described as ‘unsatisfactory visualisationof all or part of the colon’. Each variable was tested for association with adequate preparation quality. The chi-squared test was utilised to evaluate association for categorical variables and means were evaluated using an independent t-test (continuous variables). An alpha of 0.05 was considered significant.

A total of 182 subjects were enrolled. We excluded 18 subjects from final analysis due to incomplete data collection. Analysis was completed on 164 subjects. There were 84 subjects (51.2%) in the intervention group and 80 subjects (48.7%) in the control group (Table 2).

Factors associated with the quality of bowel preparation

In the intervention group 23 (25%) of the subjects failed to follow the instructions for bowel preparation (measured by last solid meal ingestion) compared with 29 (32.2%) of the subjects in the control group.

Statistically, there was no difference in the quality of bowel preparation outcome between the groups, but there was a trend towards high-quality bowel prep-aration in the intervention group (56%) compared with the control group (44%).

In a recent study of inpatients undergoing colon-oscopy, a clear liquid diet before administration of the bowel preparation was the only diet modification that improved the quality of preparation.[15] Our findings further support the importance of a liquid diet com-pared with solid diet for 24 hours prior to procedure to improve the quality of bowel preparation. The findings also demonstrated that a 24-hour time inter-val since the last solid meal prior to elective colon-oscopy was associated with adequate bowel preparation. The American Society of Gastroenterology currently recommends ‘dietary regimens that characteristically incorporate clear liquids and low residue foods during one to four days’ prior to colonoscopy.[16]

Our study has several important limitations. The sample size was small. Lack of adequate data resulted in the exclusion of 11% of subjects from primary data analysis. Additionally, the lapsed time between the educational intervention and initiation of bowel prep-aration may have resulted in decreased adherence to dietary instructions.

Although there was a trend towards increased adher-ence to diet and higher quality bowel preparation in the intervention group, the educational intervention had no significant impact on the overall quality of the bowel preparation. However, this study did demon-strate that compliance with simple dietary instructions, specifically, adherence to a liquid diet and avoidance of solid foods for 24 hours prior to procedure resulted in higher quality bowel preparation. These findings suggest that an educational intervention that improves compliance with simple dietary instructions prior to colonoscopy would improve the quality of the prep-aration. Further studies are needed to determine if different educational methods can improve the qual-ity of outpatient colonoscopy preparation by increas-ing adherence to simple dietary instructions prior to elective colonoscopy. 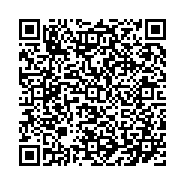