HIV and Pancreas: What Do We Know Till Now?

Presently there are about 36.7 (30.8-42.9) million people living with HIV, 1.8 (1.6-2.1) million of new cases reported and 1.0 million (830.000- 1.2) of AIDSrelated deaths in 2016, in a worldwide scale [1]. The HIV infection has global proportions, including Brazil with 194.217 of people living with HIV [2]. The gastrointestinal tract (GIT) plays an important role in the HIV infection, both in transmission, as a reservoir and in lymphocyte depletion [3]. Among the organs of the GIT that are affected by HIV infection we highlight the pancreas. Initially only a few number of studies concerned the participation of the pancreas until the year 2000 when our group showed the histological pattern of the pancreas in AIDS, before HIV treatment with potent antivirals (High Active Anti- Retroviral Therapy – HAART ). We prospectively studied pancreas obtained from autopsy of 109 deceased patients with AIDS. The mean age was 37 years; 80% were male; 60% were white; 21% were alcoholic. There are no signs of pancreatic disease: all patients had normal blood amylase, blood glucose, and pancreatic ultrasound. Histological findings were: acinar atrophy (60%), few zymogen granula in acinar cytoplasm (52%), abnormalities in acinar nucleus (65%) – dysplasia-like, pancreatic steatosis (66%) and 100% of Langherhan’s islets were normal. Immunohistochemistry revealed: mycobacteriosis (22%), toxoplasmosis (13%), cytomegalovirus (9%), Pneumocystis carinii (jiroveci) (9%), and HIV p24 antigen in macrophage cytoplasm (22%). As discussion and conclusion we defined pancreatic involvement in AIDS is very frequent (90%) and is usually asymptomatic. Morphological changes showed mainly a “nutritional-like” pattern (atrophy, few zymogen granule and steatosis). We concluded that this protein energy malnutrition (PEM- Kwashiorkor-like) aspect may be due to nutritional changes induced by the HIV infection or related to the HIV virus itself [4]. To deepen these histological aspects we conducted an electron microscopy study that led us to confirm the aspects of the proteinenergy malnutrition (PEM). In nine cases of AIDS patients we showed: Decreased zymogen granules, acinar atrophy, increased lipofuscin pigment, and rarefying Golgi complex representing the morphologic substrate of protein energy malnutrition in AIDS patients. The combination of rough endoplasmic reticulum and mitochondria changes could be due to the need for supplying vital plasma proteins rather than exportation protein synthesis associated, or not, with the deleterious effects of inflammatory cytokines and/or therapy for disease [5]. So if these patients have a depletion of zymogen granule, could they develop a malabsorption syndrome by an exocrine pancreatic insufficiency? First, Carroccio et al. showed that abnormal pancreatic function test is a frequent feature of pediatric HIV infection; this condition is associated with steatorrhea, which probably contributes to the disease [6]. In adults the final conclusion was that a reduced exocrine pancreatic function is frequent in HIV-infected patients but does not seem to be a major factor contributing to fat malabsorption [7]. In favor of this exocrine pancreatic insufficiency, his group made a study in which the patients were treated with pancreatic enzymes and concluded that pancreatic enzyme supplementation therapy is highly effective in reducing faecal fat loss in human immunodefciency virusinfected patients with nutrient malabsorption [8]. So, we supposed that our HIV infected patients could present exocrine pancreatic insufficiency manifestations, so we did a new study with better stratification using CD4 rates. As the faecal elastase 1 was not available in Brazil, we performed its standardization. Bronzatti de Oliveira CG et al. did this standardization in 2008 [9]. Then, we could accomplish our study: the main idea was divided by phase of HIV infection (CD4 groups), and our hypothesis was that patients with lower CD4 levels would have less zymogen granule and then a higher chance of developing signs of pancreatic involvement. We did a screening for pancreatic disease: serum lipase, amylase, glucose, steatocrit, faecal elastase 1 and imaging through abdominal ultrasonography in outpatients. For the differential diagnosis of diarrhea we did a feces exams looking for parasites and also culture. Through research of d-xylose we could withdraw diarrheas from enteral cause. During anamnesis we investigated alcoholism, smoking history and regarding HIV we investigated the use of antivirals, opportunistic infections and the use of others drugs. In spite of all research we concluded that HIV infected patients, regardless CD4 count wouldn’t present clinical or laboratorial signs of exocrine pancreatic insufficiency [10].

We hypothesize that these negative results could be due to that these were outpatients, in good clinical conditions and mostly of them in current HAART treatment. So, how would be the pancreas in the HAART era? Could these drugs normalize the histology of pancreas? Could the histological pattern pre HAART era, such as depletion of zymogen granula, pancreatic atrophy, steatosis and nuclear dysplasia, disappear? Therefore we accomplished a new study in the HAART era. In 20 Aids patients with HAART use, we performed autopsies and so compare it with pancreas without HAART. This study showed that the pancreas in HAART era had greater rate of atrophy in acinars cells and a significantly higher decrease in zymogen granule, without clinical symptoms and also the nuclear abnormalities disappear ( we supposed that it was the HIV included in the host nucleus) and also the steatosis. Another important finding was abnormalities in Langerhans islets in this group [11]. They had structural abnormalities like nuclear dysplasia, hypertrophy and a large number of them. We accomplished a new study to confirm these finds and did a morphometric study of the Langerhans islets. We concluded that hypertrophy of the islets in the HAART group is statistic significant and find no alterations in the control group [12]. Now we open a new field regarding field in the endocrine pancreas. Why these islets were so altered? These anatomical changes were due to what? The use of antiviral drugs, more time leaving with HIV, metabolic syndrome? The review of the literature reveals a multifactorial hypothesis for these findings: The increased blood glucose found on patients using HAART is the consequence of various metabolic changes that result in lipoatrophy and increased insulin resistance rates. However, the increase in blood glucose to pathological levels is only possible through failure of beta cells in responding to the organism’s need of increasing insulin secretion to maintain homeostasis.

The inability of beta cells to secrete enough insulin may result from several factors caused by medications used in antiretroviral therapy, as protease inhibitors or nucleoside reverse transcriptase inhibitors, such as glucose signaling deficiency in GLUT2 transporters. With the highlighted changes in relation to increased compensatory insulin production to overcome the increased insulin resistance, the pancreatic islets are changed in number and volume, the same way as dysplasia-like changes in its core. These morphological alterations can induce changes in the islets functions? Would there be a correlation between the morphological changes and the function? Altered Insulin production? Primary or secondary insulin resistance? Direct or indirect toxicity of HAART? However, more studies are needed in order to establish a causal relationship between the drugs used with the count of Alfa, Beta and Delta cells and the Pancreatic Peptide, as well as their respective functions. The need for screening for diabetes during HAART should be discussed and also, how to prevent the development of diabetes in this population at an early stage of increased insulin resistance [13].

The pancreas involvement in HIV infection has multiple questions to be answered. We must look for pancreatic disease in HIV patients: exocrine function and also the endocrine function.

The pancreas plays an important role in HIV infection. We need more studies to understand how the aids-related and aids not-related factors could affect the endocrine and exocrine pancreas. Let´s do it. 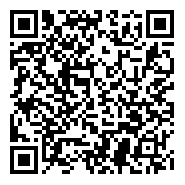