Healthcare quality and the public understanding of health

In light of this, a recent newspaper headline caught my eye: ‘Denying young women smear tests is a disgrace’. The first line tells the tragedy of a ‘26-year-old woman dying of cervical cancer’ and the article, in a national broadsheet, goes on to describe how the woman ‘asked for a smear test two years earlier, when consulting a doctor about abnormal bleeding, but was refused as she was under 25’. The article, by a respected journalist, goes on to state that she was refused because of ‘[the mantra of] substandard health care: what happened to her is rare’.

The shocking headline and criticism of a health system that failed to diagnose cervical cancer is attributed to the failure to provide cervical cancer screening for women under the age of 25 years, a failure described in the article as ‘bordering on crimi-nal’. Sadly, a further tragedy exemplified by this article is the tragedy of misinformation. There are at least three errors in the article which, assuming a reader will believe what is written, will impair their understand-ing of this important health issue.

First, cervical cancer screening is not a diagnostic test for cancer, so the doctor was correct not to use cervical screening for the diagnosis of cancer. Second, abnormal vaginal bleeding, in between periods or after intercourse, should be investigated with pelvic exam-ination, vaginal swabs and a blood count, and if a cause is not found and corrected or cancer is suspected a referral to a gynaecologist is indicated; there is no age cut-off for referral for gynaecological cancer.[1] Finally,

we know how common cancer is in a woman aged 25 with abnormal vaginal bleeding: the risk of developing cervical cancer in a woman with abnormal vaginal bleeding is 2% over 2 years increasing to 6.5% if a blood tests shows anaemia.[2,3] All of this information is available to general practitioners and the public through the National Institute for Health and Clinical Excellence (NICE) and QCancer-2013 websites.[2–4]

There is a delicate balance between explaining the indications, benefits and risks of screening and other population-based preventative measures honestly while encouraging those who might benefit from them to take these opportunities in suﬃcient numbers to improve the quality of such interventions and to benefit population health.[5,6]

There have been a number of high-profile examples where public understanding of health issues has been an important factor in the quality of care provided, including in prevention and health promotion, as well as acute or urgent care. Gaps in public knowledge of health issues have been highlighted in the case of herd immunity for measles, screening for breast cancer, risk factors and their modification, whereas greater aware-ness of symptoms has led to improved presentation of stroke.

The recent measles, mumps and rubella outbreaks in Britain have highlighted that herd immunity is essential for some vaccines to be effective.[7] Although there are ethical problems around autonomy for parents and children and shared decision making for professionals,[8] the recent measles epidemic has increased public understanding of the importance of herd immunity for protecting individuals.

A better understanding of how screening can some-times be effective, but at other times harmful is becoming increasingly important as evidence emerges of problems of overdiagnosis of benign lesions as cancer, and the unintended consequences of over-treatment.[5,6]

Finally, understanding how risk factors are assessed and can be modified, is important in helping people take a sensible approach to managing health risks and behaviours. In acute and emergency care, better public understanding of the symptoms of stroke have helped people, their families and friends to seek early diag-nosis and effective treatment.[9]

There are many contributory factors to gaps in public understanding of health. The examples above show how complex information, particularly involv-ing statistics and probability can be confusing; there is often misunderstanding about the differences be-tween screening and diagnosis or between risk factors and disease; misinformation and misperceptions abound in the media but sometimes also in the scientific literature;[10,11] finally, just as health workers struggle to keep up with the literature and emerging or chang-ing knowledge leading to gaps in clinical knowledge, there is an inevitable lag also in the public under-standing of health.

If we really want to improve the quality of healthcare, then improving knowledge about health in the wider public is not simply an add-on – it will be essential to achieving this. 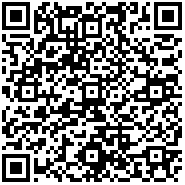