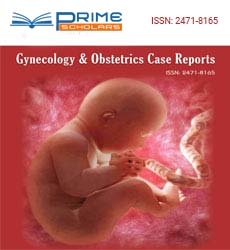 Background: Cardiac metastasis of cervical cancer is rare and has a poor prognosis. Some reports suggest that Positron Emission Tomography (PET) is useful in the diagnosis of cardiac metastasis. Case: A-40-year-old woman who had a history of cardiac surgery was treated with concurrent chemo-radiotherapy for stage IIIA cervical cancer (squamous cell carcinoma) and showed good response to treatment one year earlier. At 9 months post-treatment, Computed Tomography (CT) scan showed a thrombus in the left atrium, and the patient was started on warfarin. Three months later, a CT scan showed a mass in the right ventricle. PET scan showed no significant accumulation, and open heart surgery was performed with a preoperative diagnosis of thrombus. However, the postoperative pathological diagnosis was cardiac metastasis. Four months after the heart surgery, the tumor recurred in the right ventricle and embolized in the pulmonary artery, resulting in the patient’s death. Conclusion: In the diagnosis of cardiac metastases, PET may give false-negative results due to concomitant thrombosis.

Cardiac metastasis from cervical cancer is rare and has a poor prognosis. Most cardiac malignancies are metastatic tumors, but those of uterine origin are rare [1,2]. No specific test can detect cardiac metastasis [1,2]. However, previous studies reported that Fluorodeoxyglucose-Positron Emission Tomography/Computed Tomography (FDG-PET/CT) is effective in differentiating benign and malignant intracardiac tumors [2-4]. In this case report, we describe a case of a right ventricular mass after radical radiotherapy for cervical cancer. After a thorough examination, open heart surgery was performed with a preoperative diagnosis of ventricular thrombus because PET showed no significant accumulation, but the postoperative pathological diagnosis was cardiac metastasis.

The patient was diagnosed with cervical cancer stage IIIA (Squamous Cell Carcinoma (SCC)) one year ago and underwent concurrent chemoradiotherapy. A 50 Gy dose of whole-pelvic external beam radiation therapy was delivered in 25 fractions. High-dose-rate intracavitary brachytherapy was delivered once per week at a fractional dose of 6 Gy for three times at point-A (total dose of 18 Gy). The combination chemotherapy was administered at weekly CBDCA AUC2 considering the cardiac burden caused by the infusion load during cisplatin administration. The treatment effect was good, and no obvious residuals were observed. Thus, regular follow-up was decided. Three months ago, the possibility of a thrombus in the left atrium was pointed out in a CT scan at follow-up. Warfarin was administered, and the patient was under good control (PT-INR of approximately 3). This time, a follow-up CT scan showed a mass in the right ventricle and enlarged mediastinal lymph nodes. A PET scan showed significant FDG accumulation in the mediastinal lymph nodes, suggesting lymph node metastasis, but no accumulation in the intracardiac mass (Figure 1). Thus, metastasis was ruled out for the intracardiac mass. With the preoperative diagnosis of intracardiac thrombus, open heart surgery was performed (Figure 2). The surgery was completed without complication. Postoperative pathological examination revealed SCC, and a diagnosis of cardiac metastasis was made (Figure 3). One month after the operation, radiotherapy for mediastinal lymph node metastasis was completed, but additional radiotherapy was performed because para-aortic lymph node metastasis was found on CT scan 3 months after the operation. Four months after surgery, the tumor recurred in the right ventricle and embolized into the left pulmonary artery, resulting in the patient’s death.

Figure 2: Findings during cardiac surgery before (2A) and after (2B) removal of mass. Given the poor prognosis, the ability to diagnose cardiac metastasis preoperatively is important to determine the indication for subsequent surgery. Recently, several reports have shown that PET scan is useful in differentiating between benign and malignant intracardiac tumors. In this case, the patient was started on warfarin for left atrial thrombus for 3 months and was under good control. In this respect, the environment was thought to be less prone to thrombus formation. As a result, the pathological findings were viable carcinoma: necrotic tumor: fibrin = 1:5:4 (Figure 3). Moreover, the small amount of viable carcinoma was thought to be the reason for the lack of significant accumulation on PET. In a previous report Saitoh Y, et al. [8], a thrombus was suspected based on MRI signal intensity, but pathological examination revealed a tumor. PET has been reported to be useful in the early detection of thrombosis before clinical symptoms appear. Previously, FDG was widely used to detect intravascular inflammatory lesions. On the cellular level, thrombus formation begins with the accumulation of inflammatory infiltrates, which leads to focally increased FDG uptake, suggesting that FDG-PET/CT can be used to detect venous thrombi [9]. PET appears to be useful in the diagnosis of thrombus because it detects inflammation in the vessel wall rather than thrombus accumulation. Although there was no FDG accumulation in the intraventricular mass in this study, some accumulation was observed in the ventricular muscle, which suggested ventricular metastasis and thrombus formation.

In lung cancer, the fact that colloid/mucinous/lepidic adenocarcinomas have a remarkable tendency to generate false-negative PET findings [10]. Therefore, although the falsenegative findings are not likely to be common in SCC of cervical cancer, they should also be noted depending on the histology.

As mentioned previously, cardiac metastasis from cervical cancer has a poor prognosis. Thus, preoperative diagnosis is important in determining the indication for surgery. However, a recent report Steely AM, et al. [11] showed that pembrolizumab was very effective in the treatment of cardiac metastasis from cervical cancer. Based on this case, it may be possible to improve the prognosis of patients with cardiac metastasis by performing surgery to prevent arterial embolization and heart failure and by administering an immune checkpoint inhibitor as an additional treatment.

In conclusion, in the diagnosis of cardiac metastases, PET may give false-negative results due to concomitant thrombosis.

The work presented here was carried out in collaboration among all authors. TN wrote the manuscript. TN, YT, TN, WK and YA are chief doctors and treat the patient.

We have no conflict of interest to declare.

The authors declare that they have no known competing financial interests or personal relationships that could have appeared to influence the work reported in this paper.

The authors would like to thank Enago (www.enago.jp) for the English language review of this article.

In the diagnosis of cardiac metastases, PET may give false negative results due to concomitant thrombosis.

Copyright: © 2022 Nakasone T, et al. This is an open-access article distributed under the terms of the Creative Commons Attribution License, which permits unrestricted use, distribution, and reproduction in any medium, provided the original author and source are credited.