It is over 60 years since the mass migration of peoples from the British Commonwealth took place in order to fulfil the labour requirements of a post-war Britain. Since that time, the landscape and profile of the British population have changed irrevocably. These changes have been brought about by a combination of the continuing migration (in and out of the country) of British citizens, including original migrants from the former British colonies, the relative affordability of travel around the world and, more recently, the free movement of peoples within Europe.[1] The increasing diversity of British society goes beyond a change in the population profile. It has informed, shaped and influ-enced the societies in which we live: from foods, to language, to popular and social culture, the multi-cultural and diverse nature of Britain is illustrated in the norms and values of the white, British population as much as its non-white or non-British citizens.[2]

Throughout this time, the National Health Service (NHS), and particularly primary care services, have faced the challenge of adaptation and modification to meet a wide range of needs from an often rapidly changing population profile. By definition, these changes bring with them changing patterns of disease, health behaviour and associated care requirements.[3] For service providers and commissioners, this has included ensuring that all communities receive the same detailed advice around basic health promotion, whereas for individual healthcare professionals it brings the challenge of determining, diagnosing and managing healthcare needs around conditions and practices that may be typified in certain ethnic groups, but which they were not initially trained to deal with.

The changes seen in Britain reflect a worldwide phenomenon.[4] Policies from various governments have been devised with increasing recognition that issues of inequalities, rights and responsibilities are important aspects of ensuring that the individuals, groups and communities that make up our diverse world have equitable access to services that are both culturally ‘safe’ and of a high quality.[5] During the last century, we have therefore seen a shift away from beliefs that it is solely an individual professional’s responsibility to ensure that healthcare provision is adapted to meet the needs of individual patients in their care, towards more policy driven and professionally accountable frame-works and guidelines around the provision of equitable, and high-quality care across diverse populations.[6]

The drive for a more systematic and sustainable approach to embedding diversity and equitable care in societies has been led by the World Health Organ-ization (WHO). The WHO have centred and devel-oped their stance on healthcare equity and the need to provide for diverse communities since the Declaration of Alma-Ata, adopted at the Alma-Ata Conference of 1978 on primary healthcare (PHC). It was at this historic meeting that health was affirmed by delegates as a fundamental human right.[7] This was consistent with the International Covenant on Economic, Social and Cultural Rights (ICESCR), Article 12, which in 1966 highlighted and reinforced the fact that each of us as human beings has a right to the highest attainable standard of physical and mental health.[8]

Thus rights, equity, health and care have been estab-lished within a human rights framework in some form for decades. The World Health Report (2008) and during the subsequent World Health Assembly (WHA) in June 2009, the WHO turned its focus to primary healthcare provision in its continuing efforts to take forward the values pursued in the Declaration of Alma-Ata: social justice, the right to health for all, partici-pation, equity and solidarity.[9] Through resolution 62.12, the WHA set out recommendations for primary healthcare provision, which in turn urged Member States to ensure that their governments demonstrated political commitment at all levels to:

The values and principles of the Declaration of Alma-Ata; accelerate action towards universal access to primary health care; put people at the centre of health care by adopting comprehensive health services; promote active participation by all people and re-emphasize the empowering of com-munities, especially women; and strengthen health minis-tries.

In short, the PHC policy directions specified at the time focused on issues that have since been replicated in the philosophies underpinning British and other governments’ healthcare policies. As a result, recent health and social care service developments have embodied key aspects of the PHC policy recommen-dations, namely: striving to achieve universal access and social protection; ensuring that any reorganis-ation of service delivery is designed around people’s needs and expectations; securing healthier communi-ties through cross-sector approaches to public pol-icies; and planning future health leadership through effective governance and the active participation of key stakeholders.[10,11]

At the heart of the PHC recommendations is a desire to encourage Member States to place human rights and gender equality at the centre of their in health sector strategies. The policy provides guidance to support countries as they design and implement national health sector strategies in compliance with their obligations and commitments. The onus is on policy makers to put forward strategies to assist service providers and organisations to critically assess their services in the light of ‘fitness for purpose’ in a diverse world. This means utilising legislation and guidance to help them identify gaps and opportunities for optim-ising the suitability of their services and strategies to meet the needs of a changing society. It is expected that any changes and recommendations will engage stake-holders beyond the national government and include national multistakeholder processes and utilise cross-disciplinary dialogue to elicit ways of addressing human rights and equality in health sector activities.[9]

In the UK, moves to embed the recommendations of the WHO alongside successive national govern-ment initiatives have seen a range of policy directives and changes over the last few decades to meet the needs of a changing population. In particular, the laws around equality have changed from initially comprising separate laws for issues of race, ethnicity and cultural difference, to the current state of protected character-istics and a single equality duty.[12]

The most recent vehicle for reviewing and planning equitable and diverse heathcare services that are com-pliant with the requirements of the Equality Act 2010 in England is the Equality Delivery System (EDS). This was commissioned in 2010 and launched in 2011. It is a toolkit designed to help NHS organisations improve the services they provide for their local communities, taking into account their local contexts and the impact of health inequalities on their communities. It also encourages engagement with local workforce needs by stressing the importance of providing better working environments, free of discrimination, for those who work in the NHS.

This month has seen the launch of the EDS2, an updated version arising from an evaluation of the implementation of the EDS in 2012, and subsequent consultation with a spread of NHS organisations.[13] It is evident that the sentiments underpinning the de-velopment of the EDS, and now EDS2, are grounded in sound principles espoused by the WHO of human rights, equitable treatment and high-quality services for all. However, with the launch of EDS2 it seems pertinent to remind ourselves of the challenges ident-ified in the roll out of EDS, if only to ensure that we are alert to the issues that primary care service providers and professionals may need to remain cognisant of as we continually strive to provide quality healthcare for our communities.

As well as the public sector equality duty, some specific duties arise from the 2010 Act, including a duty to prepare and publish equality objectives. One of the criticisms that has been levelled at NHS organ-isations from community groups is the perceived lack of visible progress towards the EDS and a failure to evaluate the progress towards setting targets at a local level.[14] If we consider the approach taken to devel-oping equality objectives, using the EDS, the guidance issued recommended that at least one equality objec-tive per EDS goal should be chosen, but did not make this compulsory, pointing out that this was not ‘a hard and fast rule’.

In such a situation, hard-pressed organisations have, not surprisingly, been less likely to drive forward with setting these actions in the face of national targets and objectives. There is no doubt that the EDS goals and outcomes are based on principles and values around equality and human rights, which are reflected in a range of key strategic documents, such as the NHS Constitution[15] and the NHS Operating Framework.[16] However, it appears that the EDS, like other equality focused directives, was undermined by a failure to encase actions in a compulsory requirement, rather than a recommendation.

It will be interesting to see if this same fate befalls EDS2, which itself stresses the point that ‘Human rights and principles of equality should never be a secondary consideration in the provision of NHS ser-vices or in the development’ (p. 4).[13] However, this again falls short of making the setting of action plans and targets against agenda compulsory, rather it advises NHS organisations and providers to assess and grade their performance while highlighting that monitoring of activity and performance in this area will be part of an annual monitoring cycle.[13]

From next year, NHS England will identify an EDS2 outcome as an area of special focus, where it is believed that additional attention is needed at a national level to improve equality performance across the NHS. In theory, this should encourage providers and services to pay more heed to the directives, however, time will tell. It is difficult to see how effective this initiative will be in raising standards in specific cases where there are so many other competing targets, many of which may be perceived as having more ‘punitive’ consequences.[17] The question remains unanswered as to what will be the consequences (if any) for healthcare services of a ‘failure to act’ on setting local agendas and monitoring performance on issues of equity, diversity and human rights? 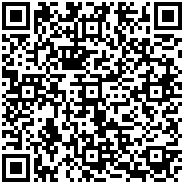