Background Endoscopic clearance of large pancreatic duct calculi has always been a challenge to endoscopists. Fragmentation of stones using extracorporeal shockwave lithotripsy is an excellent modality for such patients. This prospective study was carried out to investigate the efficacy and safety of Extracorporeal Shockwave Lithotripsy in clearance of large pancreatic duct calculi in previously failed endoscopic retrograde cholangio-pancreatography.

Results 105 patients underwent endoscopic retrograde cholangio-pancreatography for pancreatic duct calculi during the study period. There were 35 males and 70 females. The age of the patients ranged from 21-62 years with mean age of 43.7 ± 9.6 years. Main pancreatic duct was completely cleared in 82 patients and partially cleared in 15 patients. In 8 patients, there was failure of clearance. There was no statistically significant correlation with age, gender, stone size, stone number, extracorporeal shockwave lithotripsy sessions, number of shocks and main pancreatic duct diameter.

Chronic Calcific Pancreatitis (CCP) is a disease of varied etiology and spectrum characterized by abdominal pain, diabetes mellitus and steatorrhoea in varied proportions. Pain is the most distressing symptom and has multifactorial mechanisms with pancreatic ductal hypertension an important component [1]. Relief of pain is the most important goal of therapy in patients with CCP and it can be achieved with drugs, endoscopic intervention and surgical decompression. Approximately 50% of patients with Chronic Pancreatitis (CP) have pancreatic stones [2]. Small pancreatic ductal calculi can be extracted using a basket after an endoscopic pancreatic sphincterotomy. This technique may not be successful for large stones in the Main Pancreatic Duct (MPD), as they are usually radiopaque, hard, spiculed, and usually impacted in the ductal epithelium. Therefore, these stones often need pulverization/fragmentation of calculi before an attempt at endoscopic extraction can be made [3]. Treatment of human calculi by Extracorporeal Shock-Wave Lithotripsy (ESWL) was introduced by Chaussy et al, for kidney stones in 1980 [4].

The first use of ESWL in gastroenterology for the pulverization of gallbladder stones was by Sauerbruch in 1987and a few years later for treating pancreatic stones [5, 6].

ESWL is an established modality in the management of large pancreatic ductal calculi [7, 8, 9, 10, 11]. Besides in resource poor nations, the cost of setting up ESWL program at a particular hospital can be shared with the urology departments.

In the present study we present our data regarding the efficacy of ESWL on fragmentation of large pancreatic duct stones and improvement in pain score. In addition, we tried to assess the factors that aid in fragmentation of the calculi and the associated complications.

This study was conducted in the Department of Gastroenterology, Sheri-Kashmir Institute of Medical Sciences Srinagar Kashmir from June 2015 to December 2018. The study was approved by the Institutional ethical committee. Informed consent was taken from all the patients before enrolling them for the study.

Extensive calculi in the head, body and tail of the pancreas.

Patients of CCP who had large pancreatic duct calculi on MRCP were enrolled to receive ESWL and subsequent clearance by ERCP. Pancreatic sphincterotomy was done in all the patients. Pancreatic stents (5-7 Fr) were placed in patients with strictures in head region and where there was partial or failure of PD clearance.

ESWL was performed in the supine position after epidural anesthesia. The third generation lithotripter Compact Delta Dornier Med Tech Germany was used for giving shock waves at the rate of 90/min and per session 4000 to 5000 shock waves were given. Repeat ESWL sessions were done on consecutive days till satisfactory fragmentation i.e. when the calculi were broken down to <3 mm diameter. Usually three to four sessions were needed to crush the stones. After ESWL patients were taken for ERCP/ERP within 24 hours for MPD clearance, PD stent was deployed whenever needed which was removed after 3weeks. If no fragmentation was initiated after four sessions of ESWL, the procedure was deemed unsuccessful.

a) Complete MPD clearance: clearance of >90% of stone volume

b) Partial MPD clearance: clearance of 50-90% of stone volume.

c) Unsuccessful clearance: failure to fragment the calculi to <3 mm diameter or clearance of <50% of stone volume.

Post-ESWL Acute pancreatitis was defined as pancreatic type pain with amylase at least 3 times the normal level at >24 hours after the procedure, needing admission or extension of planned admission.

Evaluate the effect of ESWL on pain management

Assessment of complications associated with ESWL

Statistical Analysis It was a prospective, hospital based observational study. Collected data was compiled and entered in spread sheet Microsoft excel and exported to Data editor of SPSS computer software, version 20 (SPSS Inc., Chicago, IL, USA). Continuous variables were expressed as mean ± standard deviation and categorical variables were summarized as frequency and percentage.

CP is a complex inflammatory disease with pain as the most dominant symptom. Pain reduction is the main goal of treatment since it is the most important factor that influences the quality of life in patients with CP [12]. In a recently published large data from AIIMS Delhi, most common (84.3%) presenting symptom was abdominal pain, irrespective of etiology [13].

Lifestyle management, including cessation of alcohol use and smoking, and medical therapy (including opioid analgesics) are the first line treatment for CP but are often not sufficient to relieve pain. A large percentage of patients with symptomatic CP have morphological abnormalities such as a ductal obstruction due to ductal strictures, ductal stones, inflammatory pancreatic (head) mass and/or pseudocysts [14, 15, 16].

The rationale of endoscopic and surgical pain treatment is that pain relief will be achieved by reducing ductal pressure by removing the obstruction and/or resecting of an inflammatory pancreatic mass.

An MPD calculus is a common feature in CCP. Because of the poor results of treating hard pancreatic stones with ERCP alone, ESWL is an integral part of the treatment for these patients with or without subsequent ERP with already a good data for its efficacy in these settings [5, 6, 7, 8, 9, 10].

In our study pancreatic duct was completely cleared in 82 patients (78.1%), partially cleared in 15 (14%) patients and in 8 patients (7.6%) there was failure of ductal clearance. In our study use of 3rd generation lithotripter and epidural analgesia in all patients may be contributory to high success rate. In 15 patients who had partial clearance, pancreatic stenting was done and they were put on stent exchange protocol. On follow up for at least twelve months, they had significant improvement in their pain scores and did not warrant surgical intervention.

Among the 8 patients who had failure, the main reasons could be hardness of the stones where satisfactory fragmentation could not be achieved, secondly they had tight stricture which was not appreciated well on MRCP and thirdly radio-lucency of some stones leading to poor targeting. These patients were referred to pancreatic surgery department.

The complete PD clearance rates have been ranging from 59% [7] to 76% [11]. In the largest study so far conducted by Tandan et al from Hyderabad India, they have found complete clearance rate of 76% patients, 17% were partially cleared [11]. Costamagna et al. in his study of 35 patients carried long back achieved complete clearance in 74% of patients. Initial Pancreatic-ESWL (P-ESWL) followed by ERCP has been found to be and effective in patients with coexisting pancreatic stones and Pancreatic Pseudocysts (PPCs) [8]. In a large study from China [17], the complete, partial, and non-clearance of stones occurred in 67.24%, 20.69%, and 12.07%, respectively, of patients in PPC group, with no significant difference from the control group (complete, partial, and non-clearance: 83.2%, 10.4%, and 11.4% respectively).

In our study 85% patients were followed over at least twelve months post-ESWL for assessment for pain status. It was found that majority (72%) of patients had complete pain relief and in 145 patients there was no relief. Rest of the patients (13%) reported some improvement (decrease in VAS by at least 2 points) in pain. Tandan et al. [11] observed pain relief at 6 month follow up in 84% of 846 patients post ESWL. Other similar studies have found short-term relief in 48% - 85% of patients. In an older study [7] pain relief, was complete in (40/88) patients and partial in (35/88) patients and it correlated significantly with the results of the endoscopic drainage of the main pancreatic duct (e.g. decrease in main pancreatic duct diameter). A large metaanalysis [3] also showed that ESWL has a significant impact on improvement of pain likely due to decompression of the main PD following clearance of the obstruction [3].

Post procedure complications were observed 25 patients (23.8%). Common adverse events were pain at the site of shock application 8 patients (7.8%) followed by mild pancreatitis in 7 patients (6.6%). Echymosis was seen in 8 patients (7.8%), bradycardia in 3 patients (2.8%) and vomiting in 5 patients (4.7%). We did not encounter any complication in our study group severe enough to prolong the hospital stay. Echymosis of the skin (18.5%) patients and pain at the site of delivery of shocks was seen in 12.1% in the study conducted by Tandan et al [11].Rarer complications like, infection [17], hematemesis [11] of non-severe nature, perforation [17], hepatic sub-capsular hematoma [18], splenic injuries [19], perinephricsubcapsular hematoma with AKI [20] have also been reported in literature. The incidence of post-ERCP pancreatitis of mild to moderate intensity varies from 2.9 % [11] to 9% [17].

In resource limited countries ESWL offers a safe, effective, cost-effective alternative for managing these patients. Firstly ESWL set-up can be used by different medical staff like urology and orthopaedics in the same hospital thus reducing management costs. Secondly laser lithotripsy require a more invasive approach, including the use of a choledochoscope for direct visualization of the stones making it more complicated and requires more expensive equipment and expertise. In addition, it can be repeated when indicated unlike surgical intervention.

Shortcomings of the study are that we did not report about improvement in glycaemic status, exocrine functions. The data in this regard needs a longer follow up of the study group.

We conclude that ESWL is a highly effective modality for clearing large pancreatic duct stones. The high efficacy, non-invasive nature of the procedure, along with the low complication rate makes it a procedure of choice and should be offered as first-line therapy for selected patients. It also resulted in lasting pain relief in good percentage of patients. In addition it was quite safe and did not have any serious adverse event. ESWL should be a constant part of endoscopic management in all painful chronic calcific pancreatitis patients with ductal stones in head and body. 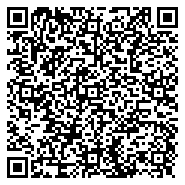