Early Resected Pancreatic Head Adenocarcinoma with Development of Sole Osteoblastic/Osteolytic Metastatic Disease: A Case Report and Review of the Literature

Pancreatic adenocarcinoma is associated with high rates of mortality due to a high rate of recurrence even in early stage resected disease. Metastatic disease of the pancreas usually presents initially with spread to the surgical bed, liver, and lungs, and further metastatic disease to the bone is rare. Here, we present a case of pancreatic cancer recurrence with isolated osteoblastic and osteolytic bone metastasis without visceral organ spread in a patient with early stage resected pancreatic head adenocarcinoma. We review the literature for such cases and propose possible mechanisms and treatments.

Pancreatic adenocarcinoma is a significant cause of morbidity and mortality. While only representing 3.2% of all new cancer diagnoses in 2021, it is responsible for 7.9% of cancer deaths with a 5 year survival of 10.8% (2011-2017) [1]. Pancreatic cancer is the 3rd leading cause of death behind lung cancer (23%) and colorectal cancer (9%) [1]. The current 5-year relative survival rates for localized, regional, and advanced stages are 37%, 12%, and 3%, respectively [2] The median overall survival (OS) is 6.7-11.1 months for advanced disease compared to 25-28 months in early-stage disease [3-5]. Even for patients with locally resectable disease, pancreatic adenocarcinoma has a high recurrence and metastases rate, with typical areas being the surgical bed, liver, and lungs [6]. Further metastatic disease to the bone is rare, usually presenting as osteolytic metastasis, and is reported to occur in around 3% of cases [7]. Cases of isolated metastatic disease to the bone is much rarer and is the subject of the following case.

However, around 1 years after Whipple surgery, the patient’s Ca 19-9 markers rose to 69 U/mL and then 210 U/mL which prompted a PET-CT scan which showed mixed sclerotic and lytic lesions with new hyper metabolic focus in the upper cervical spine [Figure 2]. This prompted MRI imaging of the cervical and thoracic spine which showed focal marrow replacing lesions in the C3 as well as subtle enhancement in the T9 and T11 vertebral bodies suggestive of osseous metastasis [Figure 3]. Repeat PETCT also confirmed new metastatic disease [Figure 2]. Correspondingly, the patient developed abdominal pain and shoulder pain with loss of weight and lack of appetite and was taking oxycodone as needed but the pain became persistent. Patient and family did not want chemotherapy and given her mild dementia, would not make a good candidate. Patient was referred to radiation oncology for palliative radiation to the bone, and hospice and palliative care referral for optimization of pain medications and quality of life.

Figure 2: A) PET scan 13 months after resection of the primary pancreatic tumor shows a mixed sclerotic and lytic lesion with increased metabolic activity at the C3 vertebral body (arrow). (B) A follow-up study 4 months later shows increased size of the FDG avid lesion (arrow) with new extension into the left-sided facet, consistent with metastasis.

Only three cases of bone metastases without visceral organ involvement is reported in the literature [Table 1]. Interestingly, two of the cases eventually developed biopsy proven cutaneous metastatic disease [6, 10, 11]. One case presented 7 years following Whipple’s surgical resection [6]. Two cases presented with back pain as the initial presenting symptom [7, 12]. The mechanism for pancreatic bony metastatic disease is unclear. Two possible theories include direct posterior extension of the primary tumor to the lumbar vertebrae or in our case, hematogenous spread to the Batson’s vertebral vein plexus which bypasses the liver and the lungs [7, 10].

Unique aspects about our case include having the earliest stage of disease (stage 1B) prior to development of bony metastatic disease. However, early stage pancreatic cancer still has a high recurrence rate and development of metastatic disease even with potentially curative surgery, and overall 3 year survival for resected stage 1-2 pancreatic cancer is around 20-30% compared to 2-19% for stage 3-4 disease [13]. Unlike the above cases, we did not obtain a bone biopsy to confirm metastatic disease, however the positive PET-CT and MRI of the spine is highly suggestive for bone metastases and a bone biopsy in our case would not change clinical management.

The authors declare no conflicts of interest in association with the present study. 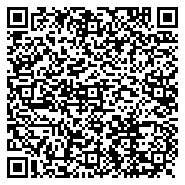