Diabetes Mellitus and Pancreas: An Overview

Pancreas An organ located behind the stomach in the upper left abdomen, surrounded by small intestine, liver, and spleen. The pancreas produces digestive enzymes. It also produces a hormone called insulin (insulin producing cells are called beta cells), that helps regulate blood sugar levels, by assisting the transport of glucose from the blood into neighboring cells. Several major blood vessels surround the pancreas, the superior mesenteric artery, the superior mesenteric vein, the portal vein and the celiac axis, supplying blood to the pancreas and other abdominal organs.

Diabetes Mallitus A disease which prevents the body from properly using the energy from the food. This condition defined by persistently high levels of sugar (glucose) in the blood.

CORRELATION BETWEEN PANCREAS AND DIABETES

Diabetes Mellitus occurs in a condition of insulin resistance i.e. when the pancreas produces little or no insulin at all. At this stage cells can no longer take up glucose from the blood, and as a result, levels of glucose in the blood rise, which is termed as hyperglycemia. Hyperglycemia is responsible for most of the symptoms and complications of diabetes.

Related diseases and disorders of the pancreas

Type 1 diabetes occurs when pancreas doesn’t produce enough or any insulin to handle the glucose in body. It results when our body’s immune system attacks the insulin producing beta cells in pancreas. It’s is also called as Juvenile Diabetes as it often develops in childhood or teenage. Type-2 diabetes occurs when body builds up resistance to insulin, in this pancreas are able to produce insulin, but that is not sufficient enough to bring down blood glucose levels and as a result the pancreas needs to produce more insulin than it would normally need to. With an insufficient amount of insulin in the body, diabetes develops. Over time, the beta cells become damaged and may stop producing insulin altogether. It is more prevalent than type 1 in peoples.

Gestational diabetes: It occurs only during pregnancy. Several changes in hormones at that time make the body unable to use insulin properly, as usual. So, pancreas can't make enough insulin. Generally, this type of diabetes goes away after baby birth. But a person is more likely to have type-2 diabetes at later stage.

Diabetes sometimes relates to other problems with pancreas

Diabetes has no relation with the Pancreatitis. Pancreatitis is a disease in which the pancreas becomes inflamed. This inflammation occurs when pancreatic enzymes build up causing irritation in the cell of the pancreas and begin to digest the organ itself.

Pancreatitis is treatable, but in some cases, it may require hospitalization. Causes of pancreatitis include infections, smoking, heavy alcohol use and gallstones (small masses in gall bladder).

Pancreatitis is mainly of 2 types:

Acute Pancreatitis: In this, symptom suddenly comes and lasts for few days

Chronic Pancreatitis: In this symptom come and go over many years. This illness can damage cells in the pancreas, which can cause scar tissue, loss of functions, and digestion problems. If it happens over and over again, it can also cause diabetes.

The Risk of Pancreatitis can be lowered by avoiding smoking, alcohol use. It can also be prevented by maintaining a healthy lifestyle and losing weight.

Cystic Fibrosis It leads to the development of insulinrequiring diabetes. In this sticky mucus causes scar tissue to form on the pancreas. And this scarring can prevent producing enough insulin and as a result person can develop cystic fibrosis-related diabetes (CFRD). The CFRD remains unknown until a person undergoes routine test for diabetes. 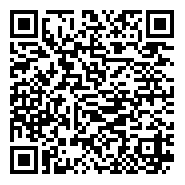