Introduction Central pontine myelinolysis (CPM) is a rare osmotic demyelination syndrome. Myelinolysis following patients with acute pancreatitis (AP) is extremely rare. To the best of our knowledge, only two cases have been reported in prior literatures. However, the associated mechanisms on patients with CPM secondary to AP have remained unclear. Patient concerns (1) A 58-year-old woman, with upper abdomen pain complicating nausea and vomiting for ten days, had a fever and abdominal pain (first hospitalization). (2) On second hospitalization, she was in abdominal pain and distension. (3) On third hospitalization, she was admitted because of "intense diarrhea for two days and drowsiness for half a day". On the eighth day, the patient deteriorated with onset of anisocoria. On the 12th hospital day, patient’s mental status became conscious but in a new-onset mutism. Diagnosis (1) Contrast-enhanced CT revealed a severe acute necrotic pancreatitis (first hospitalization). (2) On second hospitalization, laboratory tests showed a glucose of 12.3 mmol/L and a hyponatremia of 125.9 mmol/L. Follow-up CT showed the presence of abdominal infection. (3) On third hospitalization, laboratory findings included a hypokalemia of 2.4 mmol/L, a severe hypernatremia of 192 mmol/L and a severe hyperchloremia of 150 mmol/L, and a creatinine of 118.7umol/L. Brain MRI, performed 4.5 months after acute-onset, revealed the central pontine myelinolysis. Interventions (1) She received intravenous fluids and insulin treatment, initiated electrolyte corrections, and anti-infection (first hospitalization). (2) On second hospitalization, the operation including pancreatic abscess removal and cholecystectomy was performed around 2.5 months after AP onset. (3) On third hospitalization, she received potassium and fluid infusions, diuresis, and continuous renal replacement therapy. Electrolyte corrections were continuously proceeded. Outcomes When she was discharged from third hospitalization, the patient was in unconsciousness with a lethargy status. By means of telephone follow-up, the patient died five days after the third discharge. Conclusion It is important to raise the early diagnosis of CPM in AP patients (especially severe necrotic pancreatitis) if severe electrolyte disturbance and subsequently altered mental status or transient anisocoria occur. Based on high specificity imaging findings, MRI should be performed in time when delayed onset of CPM is suspected.

Central pontine myelinolysis (CPM) is a rare osmotic demyelination syndrome [1]. Clinically, a majority of patients with CPM have a highly severe prognosis. In those cases, symmetrical myelin sheaths' disruption was detected in white matter areas containing heavily myelinated fibers, particularly in pons [1-4]. Currently, there were a few CPM cases with osmolarity disorder described predominantly in alcoholic and malnourished patients [1-4].

However, myelinolysis following patients with acute pancreatitis (AP) is extremely rare. To data, the associated mechanisms on patients with CPM secondary to AP have remained unclear. We herein report a case of delayed onset of CPM in a female patient (without alcoholism) who underwent two operations for severe acute necrotic pancreatitis complicating infection, in the setting of severe electrolyte disturbance, which demonstrates the importance of making this diagnosis to AP patients presenting with diarrhea, drowsiness, transient anisocoria and delayed onset speechless (mutism).

A 58-year-old woman, with upper abdomen pain complicating nausea and vomiting for ten days, was medicated with symptomatic treatment and a subsequent laparoscopic exploratory laparotomy due to no profound pain relief, and developed critically ill in the patient’s local hospital.

Then, she was transferred to our hospital as an emergency case. Upon admission, she had a fever (39.3 C), abdominal pain and four abdominal drainage tubes, and her neurological physical examination was unremarkable. Laboratory tests after admission showed a neutrophils value of 8.2 109/L, a hemoglobin of 141 g/L, a blood amylase of 1344 U/L, a blood lipase of 1334 U/L, a glucose of 12.3 mmol/L, a hyperchloremia of 118 mmol/L and a hypocalcemia of 2 mmol/L. Contrast-enhanced abdominal computed tomography (CT) after admission revealed findings of a severe necrotic pancreatitis (Fig. 1). She was admitted to the intensive care unit (ICU) and received antimicrobial enzymes, intravenous fluids and regular insulin treatment, initiated electrolyte corrections, and anti-infection therapy. The Acute Physiology and Chronic Health Evaluation (APACHE) II score at 48 hours after admission for her was 11 points. On the third day after admission, percutaneous cholecystocentesis was performed because of massively enlarged gall bladder (Fig. 1). Active treatment including careful correction of electrolyte disturbances was performed in the following days, but she was still in a series of electrolyte imbalances (Fig. 2). During 63 days of hospital stay, the patient had a symptomatic improvement and then she was discharged with a normal mental status.

Time intervals between first discharge from our hospital and second admission were only two days. On this admission, she was alert, and suffered from abdominal pain and distension. Laboratory tests after admission showed a neutrophils value of 10.9 109/L, a glucose of 12.3 mmol/L and a conspicuous hyponatremia of 125.9 mmol/L. After 13 days of regular insulin and electrolyte corrections, the patient had a persistent fever (up to 39.2 C). Follow-up CT, performed two months after the acute event, showed pancreatic collections with a gas-bubble sign, indicating the presence of abdominal infection (Fig. 1). In addition, abdominal drainage fluid culture represented the infection of acinetobacter baumannii (multiple resistant bacteria). Consequently, the second operation including pancreatic abscess removal and catheterization, cholecystectomy and jejunostomy was performed on 2.5 months after AP onset. After surgery, the patient was transferred to ICU for intensive care. Laboratory tests showed a neutrophils value of 7.5 109/L, a hemoglobin of 76 g/L, and a hyponatremia of 134.7mmol/L. Subsequently, plasma, balance fluid and saline infusions and anti-infective therapy were proceeded. Some improvements were seen in the following days. On the 28th day, the patient volunteered to be discharged, kept a normal neurological mental status, but presented a slight hypernatremia of 148.6 mmol/L and a hyperchloremia of 116.8 mmol/L before her discharge (Fig. 2) despite careful electrolyte corrections.

Time intervals between second discharge and third admission were only three days. She was admitted to our emergency department because of "intense diarrhea (6-7 times per day) for two days and drowsiness for half a day". On admission, the patient was mentally lethargic. Physical examinations showed her temperature of 38.1 C, the pulse of 68/minute, breathing of 21/minute, and blood pressure of 109/59 mmHg. Laboratory findings after admission included a hypokalemia of 2.4 mmol/L, a severe hypernatremia of 192 mmol/L and a severe hyperchloremia of 150 mmol/L, as well as a glucose of 15.2 mmol/L, an urea nitrogen of 14.3 mmol/L and a creatinine of 118.7umol/L. Then, she received potassium and crystal fluid infusions, diuresis treatment and an insulin pump to control blood sugar in ICU. During one day of electrolyte corrections, she additionally underwent hemodialysis treatment, as continuous renal replacement therapy (CRRT) of 400 ml per hour. By the seventh day, serum sodium and chlorine levels had returned to normal, along with normal daily urine volume, leading to withdrawal of CRRT. As shown in Fig. 1, serum sodium and chlorine levels developed fluctuant in the following days despite continuous electrolyte corrections. On the eighth day, the patient deteriorated with onset of anisocoria in both pupils (left pupil of 4mm and right pupil of 2mm). Emergency head CT scan was performed and acute cerebral hemorrhage was excluded. On the nineth day, the anisocoria had returned to normal. On the 12th day, the patient’s mental status became consciousand showed a newonset speechless (mutism). Subsequent brain magnetic resonance imaging (MRI) performed 4.5 months after the acute event, revealed almost symmetric T1-weighted hypointense and T2- weighted hyperintense pontine lesions, along with involvement spread to midbrain (Fig. 3). The MRI findings were suggestive of central pontine myelinolysis. And then electrolyte corrections were proceeded. Unfortunately, the patient’s family needed her to be discharged one day later after the final diagnosis. Follow-up CT before her discharge showed that peripancreatic collections were almost completely absorbed (Fig. 1). When she was discharged, serum sodium and chlorine levels returned to normal but the patient was in unconsciousness with a lethargy status. By means of telephone follow-up, the patient died five days later after final discharge.

The role of surgical interventions remains controversial. Most institutions save it for symptomatic interventions - like biliary and/or gastric bypass due to tumor obstructions - or in cases that require an incisional biopsy [1,3,8]. However some authors describe better outcomes when the resection was performed, probably due to debulking, allowing better chemotherapy penetration[6]. Surgery may also be proposed as a rescue treatment for patients that failed systemic treatment[6,8]. Pancreatoduodenectomy in PPL is technically challenging due to large tumours and a normal pancreatic parenchyma which leads to great morbidity and it should not be routinely indicated as the upfront treatment[8]. In case of postoperative diagnosis, chemotherapy should be initiated for long term remission[3].

Literature shows an overall survival of about 2-6,5 years for patients with PPL [19] with a cure rate up to 30% in 5 years [1]. However, in our study the T-cell-PPL showed a much worse prognosis: most of the patients deceased within 8 months or less. The only two patients who survived received a combined treatment with chemotherapy and surgery. More research is necessary for proposing a standard treatment although the rarity of this disease makes it difficult to find quality evidence.

Primary pancreatic lymphoma is a rare disease with a challenging diagnosis by conventional imaging. The biopsy is essential and endoscopic ultrasonography with fine-needle aspiration is a valuable tool to perform it. Most cases show B-cell immunophenotype and have good results with chemoradiotherapy. Surgical intervention is reserved to diagnostic and palliative procedures and may be considered as a rescue treatment in selected cases.

T-cell PPL is even rarer with a paucity of cases reported in literature. The prognosis is worse and the best therapeutic choice is not established due to scarce evidence. 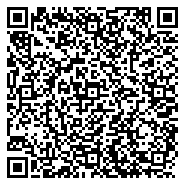