BackgroundWewished to determine the effect of a target-driven incentivised programme on haemoglobin A1c (HbA1c) values in a UK diabetic population. MethodsAn audit was carried out in 1999–2000, which included an estimation of glycaemic control in a randomly selected diabetic cohort from ten primary care practices in Sutton Coldfield, serving a population of 90 000 patients. Each practice was given a randomised list of patients and asked to complete detailed questionnaires on patients with confirmed diabetes. We collected data on 516 patients, 425 of whom had their HbA1c measured in 1999–2000 (Audit 2000). Are-audit of HbA1c was carried out in 2007–08 (Audit 2008) determining the changes in HbA1c since the original audit.Of the original cohort, 272 patients had an audit of HbA1c carried out in Audit 2008. ResultsOverall, a small increase in median and meanHbA1c valueswas observed.Weestimated that the proportion of patients with HbA1c achieving the lower Quality and Outcomes Framework HbA1c target of 7.5%; 173 o the 272 patients met this target in Audit 2000, whereas the number was 162 in Audit 2008. To understand the changes observed, patients were stratified as quintiles based on the HbA1c in Audit 2000 and changes in HbA1c after 8 years for each quintile were estimated. The mean changes for the different quintiles are: quintile 1 (HbA1c 6.1%), +1.49%; quintile 2 (HbA1c 6.1– 6.6%), +0.8%; quintile 3 (HbA1c 6.7–7.3%), +0.3%; quintile 4 (HbA1c 7.4–8.5%), –0.18%; and quintile 5 (HbA1c > 8.5%), –1.55%. ConclusionOur results suggest that, eight years on, patients with poor glycaemic control in 2000 saw an overall decrease in HbA1c by 2008, with the reverse seen in patients with good control.

The prevalence of diabetes in the UK in 2009 was estimated to be 4.26%, accounting for 2.78 million individuals.[1] This has resulted in almost 10% of the NHS budget being spent on diabetes care and suggests that any improvement in diabetes care could lead to significant benefit in healthcare.[2]

Evidence from the Diabetes Control and Complications Trial (DCCT) and United Kingdom Prospective Diabetes Study (UKPDS), which reported associations between better glycaemic control and lower complication rates in patientswith both type 1 diabetes mellitus (T1DM) and type 2 diabetes mellitus (T2DM), exerted pressure for major changes to diabetes healthcare.[3,4] In 2001, the National Service Framework (NSF) for Diabetes was published, with 12 standards to improve and standardise care.[5] At the time, primary care was organised and administered by local primary care groups (PCGs),most of which subsequently merged to become larger primary care trusts (PCTs). While anticipating the publication of the NSF in 2001, a local implementation team was formed in Sutton Coldfield that included healthcare professionals across both primary and secondary care. Prior to planning services and recommending the necessary changes, it was decided that an assessment of the then level of care provided within the PCG should be carried out. To meet this objective, an audit was designed and carried out in 2000 (Audit 2000) to determine the prevalence of macro- and microvascular complications, as well as risk factors such as glycaemic control, blood lipids values, renal function and blood pressure, in a randomly selected diabetic cohort within the locality.

After the NSF, the care of patients with diabetes became incentivised by the Quality and Outcomes Framework (QOF) in 2004, a voluntary target-driven remuneration structure within primary care, which was widely adopted. It linked income to achievement in ten chronic disease areas including diabetes.[6] The QOF for diabetes included 18 clinical indicators. Points accrued from meeting these targets translated into additional income. The initial indicators included haemoglobin A1c (HbA1c) 7.4% and 10%. In 2006, the lower HbA1c target was altered minimally to 7.5%.7 The indicators were altered in 2009 with HbA1c payment thresholds changed to [7,8] and 9%.8

Since 2000, there have been newer therapeutic agents such as meglitinides, thiazolidinediones, incretins and rimonabant (until it was withdrawn in 2008), and newer insulin preparations. These agents made it easier to address poor glycaemic control by targeting the underlying mechanisms and offering better flexibility in treatment regimes. Eight years after the initial audit, we wished to determine whether the HbA1c of the patients studied in Audit 2000 had naturally progressed, as observed in the UKPDS, or whether the target-driven incentivisation programme had altered this trend.

Good Hope Hospital, part of the Heart of England Foundation NHS Trust, serves a population of around 440 000 in north-east Birmingham and south-east Staffordshire, encompassing five PCGs in 2000, being subsequently condensed into two and a half PCTs. The 2001 census estimated that ethnic minorities accounted for 5.7% of the Sutton Coldfield population.[9]

We audited the Sutton PCG which consisted of 12 practices and served a population of 90 000, with about 2000 of these patients having been diagnosed with diabetes (Audit 2000). Ten of the 12 practices took part in Audit 2000. A questionnaire was designed to collect the following information: patient demography; treatment (diet, oral hypoglycaemic agents, insulin, ACE inhibitors, aspirin and lipid-lowering medication); glycaemic control; blood pressure control; smoking status; total cholesterol; and the presence of complications related to diabetes, i.e. coronary heart disease, renal disease, retinopathy and erectile dysfunction.

Each practice was handed a randomised list of possible patients with diabetes (HbA1c measurements carried out during the previous three years; 1599 patients) and asked to complete questionnaires on as many patients as possible with confirmed diabetes, keeping strictly to the list order over the following eight weeks. This process using randomised lists eliminated sample bias. Questionnaire-based data were collected on 516 patients, i.e. 32.3% of all patients with diabetes. The average age of patients with diabetes in Audit 2000 was 66.2 years (SD 12.8). Details of HbA1c, lipids and other biochemistry carried out on each individual between April 1999 and March 2000 were obtained via the TelepathTM pathology database; 425 of these patients had their HbA1c measured. The data are presented in Table 1. Table 1: Data obtained from questionnaires and pathology database for 516 patients with diabetes audited in 1999–2000

A follow-up audit of HbA1c measurements in the patient group during the 12-month period 01/04/2007 to 31/03/2008 was carried out, eight years after the initial audit (Audit 2008). HbA1c data were available for 272 of the 425 patients with HbA1c data in Audit 2000. These details were then entered into the original spread sheet and statistical analyses were carried out.

A paired t-test was performed to determine the significance of changes in HbA1c in the 272 patients over the eight years. Linear regression analyses were carried out to establish factors that were associated with changes in HbA1c.

Some of the details of the 516 patients studied are recorded in Table 1. The proportion of patients with each practice whose details were entered in Audit 2000 varied from 12.7 to 94.7% of the total number of patients with diabetes registered with that practice.

Table 2: Comparison of the HbA1c distribution in the 272 patients who had HbA1c levels measured during Audit 2000 and Audit 2008

In view of the negative coefficient, we further examined the pattern of this association.We stratified the patients into quintiles based on the HbA1c values in Audit 2000. The change in HbA1c between the two audits was estimated for each quintile and the mean value is presented in Figure 1. An interesting pattern was observed, as suggested by the negative coefficient; there was an inverse relationship between the HbA1c values in Audit 2000 and the results eight years later.

Figure 1: The mean change in HbA1c between 1999/2000 and 2007/8 is presented with the 272 patients categorised into quintiles based on the HbA1c levels in 1999/2000. This figure demonstrates worsening control and improved control. The numbers of patients in each quintile are found in Table 3.

In 1993, the DCCT showed that patients with T1DM undergoing intensive glycaemic control had lower progression of microvascular complications compared with patients receiving standard therapy.[3] A metaanalysis by Ray et al of five randomised controlled trials, including UKPDS, Prospective Pioglitazone Clinical Trial in Macrovascular Events (PROactive), Action to Control Cardiovascular Risk in Diabetes (ACCORD) and Action in Diabetes and Vascular Disease (ADVANCE) trials of 33 000 patients, showed that intensive blood-glucose reduction led to a 17% decrease in non-fatal myocardial infarction and a 15% decrease in coronary heart disease when compared with standard care, but there was no significant effect on stroke or all-cause mortality.10 The mean HbA1c concentration was 0.9% lower for participants given intensive treatment than for those given standard treatment. Despite the limitations of meta-analyses this information is reassuring regarding intensive treatment to improve glycaemic control.

Our initial audit (Audit 2000) estimated the scale of the problem facing health providers in the local area planning the delivery of the diabetes NSF. The data were encouraging with regards to data recording, laboratory testing and treatment outcomes. The reaudit eight years later established the changes influenced by the NSF and QOF. The QOF targets changed minimally until 2009 with two threshold levels of HbA1c (7.5 and 10%) determining incentivised payment. In 2009, the levels did change with targets of [7,8] and 9%. Thus, it was important to re-audit prior to this change. Further, the results of the ACCORD and ADVANCE studies published in 2008 might also have influenced management.[11,12]

Overall, mean HbA1c increased by 0.2% (nonsignificant) between the two audits. However, when stratifying the patients into quintiles and measuring the mean change in HbA1c over eight years, an interesting pattern emerged. Patients with poor glycaemic control saw an overall decrease in HbA1c by 2008, with the reverse seen in patients with good control. The results of our audit suggest that patients with worsening glycaemia, but still below the same QOF threshold, may not be given the same priority by the current system because there is no change in payment. This highlights one of the negative impacts of performancebased payment, and contradicts the standardisation of care intended by the introduction of QOF. A way forward might be that we need to look at trends rather than absolute values in QOF targets.

We must acknowledge the limitations of our study. Our data sample was not complete, although we sought to eliminate sample bias. Regression to the mean is a possibility. Our audit was carried out in an area that may not be representative of the country at large. It would be interesting if similar audits were repeated in other parts of the country. Despite the limitations of our audit it is important that patient-related outcomes be frequently evaluated followed by necessary changes to the healthcare delivery system. 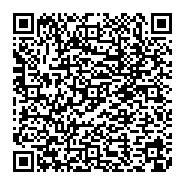