Continuity and monitoring of antidepressant therapy in a primary care setting

BackgroundLittle is currently known about the continuity and monitoring of antidepressant treatment at individual patient level in primary care. AimsTo assess continuity of antidepressant therapy in a UK primary care setting at the individual patient level and whether this therapy is conducted with appropriate review. MethodsA systematic analysis was undertaken in two general practices in Aberdeen, Scotland of primary care records of adults initiated on an antidepressant for a new episode of depression or anxiety within a 12-month period and followed up for three years. Demographic and clinical details were recorded. Uni- and multivariate analyses were performed. ResultsThe sample consisted of 191 patients. Median duration of treatment for the first episode was 180 (inter-quartile range (IQR)=60, 429) days, with 29% of patients receiving an antidepressant for 60 days or less. Age and previous receipt of antidepressants contributed significantly to predicting treatment duration (p0.01); effect size (R2=0.1). The median interval between antidepressant review consultations increased progressively with increasing treatment duration. There were no significant predictors of frequency of antidepressant review. ConclusionDepression management could be improved by assertive review (and better characterisation) of patients who discontinue early; and by scheduled reassessment of treatment in the second and subsequent years of continuation therapy.

The volume of antidepressant prescribing in the UK has increased substantially since the early 1990s,[1–3] whilst the incidence and prevalence of depression has remained stable.[4,5] This has largely been explained by an increase in the mean duration of treatment,[5] rather than by inappropriate prescribing to individuals with subthreshold symptoms.[6] It has previously been shown that antidepressant therapy is frequently prematurely discontinued,[7] so these changes in prescribing patterns are likely to reflect improved adherence to current guidelines, which recommend continuation of treatment in all patients for at least six months after resolution of symptoms, and for at least two years in patients at high risk of recurrent depression.[8] In addition, they recommend review of patients at twoto four-weekly intervals in the first three months after initiation of treatment, and at longer intervals thereafter. However, little is currently known about the continuity of antidepressant therapy in UK primary care at the level of individual patients, and whether this therapy is prescribed with appropriate review.

Two general practices within Aberdeen City, one urban (approximate patient list size 3500) and one suburban (approximate patient list size 10 500) participated. Each practice database was searched for prescriptions of antidepressants (selective serotonin reuptake inhibitors (SSRIs); selective norepinephrine reuptake inhibitors (SNRIs); or the other antidepressants – lofepramine, mianserin or trazodone) issued to adults (16 years old) for a new episode of depression or anxiety within the 12-month period following 1 April 2006. Antidepressants now more commonly prescribed for indications other than anxiety or depression (tricyclics) or those principally prescribed by specialists (monoamine-oxidase inhibitors) were not included. To ensure that all patients were being treated for a new episode, those who had received an antidepressant prescription in the six months prior to 1 April 2006 were excluded from the study population.

Data were analysed using SPSS Version 17. Continuous data were expressed as means (and standard deviation) or medians (and inter-quartile range (IQR)) as appropriate. All continuous data subject to univariate analysis were non-normal (except for age), so were assessed for significance using the Mann– Whitney U test and Spearman’s rank correlation. Pvalues were two-tailed. Variables associated with duration of treatment in the univariate analysis were entered into a stepwise multiple regression. Duration of treatment was log-transformed to allow normal distribution of residuals.

The median interval between ARCs increased progressively with increasing treatment duration (see Table 2), and by treatment day 900, 37.5% of patients who had remained in treatment for more than 540 days had experienced an interval of greater than 360 days between ARCs at some point during this time. There were no significant predictors of frequency of antidepressant review.

Thus, whilst the mean duration of antidepressant prescribing has increased,[5] a substantial proportion of patients may still be prematurely discontinuing treatment, suggesting that a further increase in mean treatment duration would be desirable. Possible explanations for this include inadequate explanation to patients of the importance of continuing treatment in relapse prevention or patients’ preference to be antidepressant- free (due to side effects or stigma). Duration of treatment being positively associated with age concurs with other findings.[11]

Patients in our study were reviewed more frequently during the first 180 days of antidepressant therapy than at any other time in their treatment. The vast majority (85%) attended at least three ARCs within this period, indicating that most received appropriate monitoring during this phase. Patients not reviewed during this period had a history of previous antidepressant treatment; this may be a risk factor for inadequate review in the acute phase of treatment.

The decrease in frequency of antidepressant monitoring with longer treatment duration corresponds with increasing distance from the acute phase and patients’ greater familiarity with the treatment. Guidelines do not give clear recommendations for the frequency of review of antidepressant therapy after the acute treatment period.[8,12] However, it is of concern that many of those who remain in treatment for over 540 days go on to experience an interval of more than 360 days between antidepressant reviews.

This was a small study that would benefit from replication in larger community samples. Some indicators of risk of recurrence (e.g. family history and severity of symptoms) were not reliably recorded so could not be investigated.

Despite recent increases in the average duration of antidepressant prescribing, a high proportion of patients in our study prematurely discontinued treatment. There is also evidence that some patients were not reviewed adequately during the second year of chronic treatment. Depression management could thus be improved by assertive review (and better characterisation) of patients who discontinue early; and by scheduled reassessment of treatment in the second and subsequent years of continuation therapy.

We would like to thank Ms Shraddha Agashe, Dr Graham Gould and Dr Richard Taylor for their invaluable assistance, and the staff at the practices who kindly participated.

None. This work was conducted as DJM’s medical elective project.

Ethical approval was not required for this study, which was primarily undertaken to audit appropriateness of prescribing and monitoring in the practices.

DJM, IMC and ICR have no conflicts of interest to declare. IMC and ICR conceived the original idea. All authors designed the study. DJM collected the data, DJM and IMC analysed the data and DJM wrote the initial draft. All authors critically revised the manuscript and approved the final version. 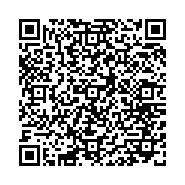