Context Complete agenesis of dorsal pancreas is an extremely rare entity. The first case was described in 1911. It results from congenital underdevelopment of pancreas. Non-specific abdominal pain leading to imaging usually leads to the diagnosis. Only 100 cases were reported till 2016. Here we report a case of complete agenesis of dorsal pancreas with associated skeletal anomaly because of its rarity. To our knowledge, ours is the first case that has been described to be associated with skeletal anomalies. Case report 16-year-old nondiabetic male with unremarkable past history presented to the Emergency Department with right upper quadrant pain for the last 3 days. Abdominal pain was aggravated by food with no relieving factors. Physical examination was unremarkable. Lab work including blood glucose levels, liver function and kidney function tests were within normal levels. Computed tomography (CT) abdomen pelvis revealed complete absence of body and tail of pancreas. Head and uncinate process were present. Incomplete segmentation of multiple thoracolumbar vertebrae, with a left hemivertebra at the thoracolumbar junction and a right hemivertebra more superiorly, was also found. MRCP was done which confirmed absence of body and tail of pancreas suggestive of dorsal agenesis of pancreas. Patient remained asymptomatic after initial presentation. Conclusion Dorsal agenesis of pancreas can be an incidental finding, but it may require longitudinal observation as well as additional work up to know associated anomalies. It will also help physicians give anticipatory guidance regarding potential complications such as non-alcoholic pancreatitis, neoplasia, and diabetes.

Complete agenesis of dorsal pancreas is an extremely rare anatomical variation. It is characterized by loss of body and tail of the pancreas. Pathogenesis of this entity is yet unknown. It is usually an incidental finding on imaging studies and is asymptomatic. There is no treatment. However, sometimes treatment for complications like diabetes may be needed. Here we present a case of a 16-year-old with dorsal agenesis of the pancreas.

16-year-old non-diabetic male with unremarkable past history presented to the Emergency Department with chief complaint of right upper quadrant abdominal pain for 3 days. Abdominal pain was aggravated by food, with no relieving factors. Physical examination was unremarkable. Lab work including blood glucose levels, liver function test, and kidney function test were within normal levels. Amylase and lipase were within normal levels. Computed tomography (CT) of abdomen pelvis revealed complete absence of neck, body and tail of pancreas. Head and uncinate process were present. Incomplete segmentation of multiple thoracolumbar vertebrae, with a left hemivertebra at the thoracolumbar junction and a right hemivertebra more superiorly, was also found. Magnetic resonance cholangiopancreatography (MRCP) was done which confirmed absence of body and tail of pancreas (Figure 1).

The pancreas is formed by ventral and dorsal bud. Ventral bud rotates to lie inferior to the dorsal bud which fuse together by 6-7th gestational week. Dorsal bud develops into the upper part of head, body and tail of pancreas which drains through Santorini duct into minor papilla. Ventral bud develops into the head and uncinate process which drains through the duct of Wirsong into the papilla duodeni major [1]. Agenesis of dorsal pancreas (ADP) is caused by embryological failure of dorsal bud to form body and tail of pancreas. When the pancreatic tail is missing but the body and duct of Santorini is present, it is called partial agenesis of the dorsal pancreas. Complete agenesis and ventral agenesis is lethal [2].

Usually, ADP has no symptoms. ADP can be associated with abdominal pain, hyperglycemia, diabetes mellitus, acute pancreatitis, chronic pancreatitis, adenocarcinoma [1, 2, 3, 4, 5]. Abdominal pain is thought to be caused by duodenal obstruction, sphincter of Oddi dysfunction due to underdevelopment of papillary muscle or duodenal obstruction [1, 3]. Abdominal pain can be epigastric which is aggravated by food [2]. ADP can cause diabetes mellitus because islet cells are located in the body and tail. Pancreatitis can be caused by impaired pancreatic secretion and increased pressure in the ventral part, sphincter of Oddi dysfunction [2, 10]. Malformations like polysplenia, wandering spleen, interruption of vena cava, anomalous hepatic fissure, inverted gall bladder and stomach, intestinal malrotation polycystic kidney disease, splenic anomalies, choledochal cyst, biliary atresia and Kartegeners syndrome can coexist with ADP [2, 4, 8, 9, 10, 11]. It can be associated with heart defects like tetralogy of Fallot and pulmonary artery stenosis [2, 4, 10].

Pathogenesis of this process is not yet fully clear. Two pathways including retinoic acid and hedgehog have been implicated to play a role [4, 12]. These pathways have also been shown to play a role in the pathogenesis of pancreatic ductal adenocarcinoma. Reduced expression of Homeobox gene Hlxb9 has been recognized in the pathogenesis of ADP but the exact mechanism is not yet clear [4, 12]. HNF1B and GATA6 gene mutations have been implicated in ADP in some studies [5].

Diagnosis is made mainly by imaging. Usually, ultrasound is done first for abdominal pain and ADP is found incidentally. Ultrasound, however, cannot sometimes visualize pancreas due to obesity or excessive overlying gas. CT/MRI mostly can show the complete or partial agenesis of pancreas. CT, however, cannot visualize the ducts. ERCP/MRCP is helpful to visualize the ducts and confirms the diagnosis. MRCP is preferred over ERCP since MRCP is noninvasive [1].

Differential diagnosis includes pancreatic fat infiltration, autodigestion from chronic pancreatitis, body and tail atrophy [2]. In ADP, fat anterior to splenic vein is absent. Instead, it is filled with stomach or intestine. T2 weighted sequence is better than T1 sequence for visualizing bowel loops in place of the ADP on MRI [6]. Body and tail of the pancreas can atrophy after chronic pancreatitis which is called pseudoagenesis. In this case usually there will be history of chronic abdominal pain and frequent episodes of pancreatitis in the past [3]. In pseudo-agenesis duct of Santorini is visible [2]. Usually in pancreatic lipomatosis, ducts are present and there is fat tissue anterior to splenic vein [3].

There is no treatment for ADP. Diabetes secondary to absence of loss of islet cells in dorsal pancreas may need treatment with insulin. There is increased risk of developing pancreatic cancer with ADP which may need total pancreatectomy [2].

No conflicts of interest were identified. 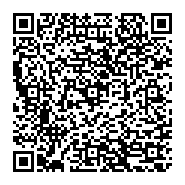