The morbidity and mortality of patients with Severe Acute Pancreatitis (SAP) remain high despite significant improvement in treatment due to the better understanding of the pathophysiology of disease, early aggressive fluid resuscitation, timely surgical intervention, permanent monitoring, and organ supporting intensive care. The major predictors of unfavorable outcome are development of persistent organ failure and presence of bacterial infection of necrosis [1].

Abdominal Compartment Syndrome (ACS) in patients with SAP is a sign of severe disease with high risk of adverse outcomes [2, 3, 4, 5]. ACS is defined as a state of serious organ dysfunction resulting from sustained increase in intra-abdominal pressure [6]. Very recently published systematic review on this topic showed that the mortality rate in patients who developed ACS during SAP was 49%, while it was 11% in patients without this complication [7].

The development of organ failure in SAP is in correlation with presence of Intra-Abdominal Hypertension (IAH) [3, 4, 8, 9]. Measurement of Intra-Abdominal Pressure (IAP) is recommended in all patients in intensive care unit as it predicts mortality [6]. The management of ACS during SAP is controversial and there are no definite guidelines. The guidelines and definitions published by the World Society of Abdominal Compartment Syndrome (WSACS) are general for ACS due to any cause and it is not known if these can be applied to patients with SAP. The treatment, indications, timing and interventional techniques for the treatment of ACS during pancreatitis remains unresolved [3, 10, 11, 12, 13].

Pancreas is closely related with splenic artery, splenic vein and spleen. So, splenic complications are frequently seen in patients with acute pancreatitis [14]. Splenic infarction is rare in inflammatory diseases of the pancreas [15]. Most reported cases are of focal infarction, and treatment is mostly conservative but cases with diffuse infarction have been reported [15]. Diffuse splenic infarction is a rare complication of severe acute pancreatitis. Diagnosis is straight forward but management can vary from conservative to surgical. Conservative treatment should be considered as the first line of management but surgical treatment might be needed if spleen cannot be salvaged.

A 35 year old male presented with complaints of pain abdomen and vomiting multiple episodes for one day. On investigations he had increased total white blood cell counts, serum amylase and serum lipase level. Patient had history of laparotomy for hollow viscus perforation three years back. Besides he was admitted one year back with diagnosis of acute alcoholic pancreatitis. Patient is a regular alcohol consumer. With a diagnosis of acute mild alcoholic pancreatitis patient was admitted. The patient was initially managed with intravenous fluid administration, feeding as tolerable and analgesics.

On third day of admission he was transferred to ICU because of decreased oxygen saturation and decreased urine output. He was intubated. His urinary bladder pressure was persistently high. Urine output was nil and patient was started on hemodialysis with sedation and neuromuscular blockade. USG abdomen showed moderate ascites and one litre of fluid was drained. Patient was on maximum noradrenaline support but was not maintaining blood pressure. After twelve hours of transfer to ICU his bladder pressure increased to 45 cm H2O. So he was planned for laparotomy. Midline laparotomy extending from xiphisternum up to pubic symphysis was done. At laparotomy bowel loops was grossly edematous, marked peripancreatic inflammation with greater omentum necrosis with approximately 2.5 L of hemorrhagic black fluid was present in peritoneal cavity. Pancreas was grossly swollen. Fluid was drained, omentectomy was done, drains were placed in the lesser sac, right and left paracolic gutters and pelvis. Abdomen was closed over a Bogota bag (urobag) (Figure 1). Patient was kept in ICU under sedation and neuromuscular blockade. Dialysis was continued daily. Continuous irrigation of pancreatic bed was done with normal saline through drains kept in pancreatic bed. Nutrition was maintained with total parenteral nutrition. Patient was started on imipenemcilastatin, Polymixin-B and Tigecycline were added later during the course of admission. Patient was extubated on post-operative day. Dialysis was continued for seven days. On 36th post-operative day patient underwent laparotomy due to increased drain output and increasing counts with fever. Per operative findings revealed pancreatic necrosis with diffuse splenic infarction with necrotic omentum. Spleen wasn’t salvageable and it was considered to be the source of infection along with pancreatic necrosis. Splenectomy with pancreatic necrosectomy was done (Figure 4). Splenic infarction wasn’t suspected preoperatively and it was detected during laparotomy only. He was vaccinated with pneumococcal, meningococcal and H. influenza vaccines. Patient was started on aspirin following splenectomy due to rebound thrombocytosis. Besides octreotide was used for 10 days to decrease drain output. On 55th postoperative day patient underwent final debridement with tension suturing. Primary closure of wound was possible. Patient underwent re-exploration six times following the index operation. Patient was discharged with drain in splenic fossa after 79 days of admission. Tension sutures and drain were removed on the follow up visit.

Interventional measures such as percutaneous catheter drainage under radiological guidance can be used if conservative measures fail [17, 18, 19]. Drainage of ascitic fluid under ultrasound guidance was done in our patient.

Our patient underwent laparotomy with Bogota bag closure. No attempt was made for debridement of necrotic pancreatic tissue in the first setting. Debridement was done in each setting till fresh bleeding.

The close anatomic relationship between pancreas, splenic vessels and spleen predisposes to different splenic complications during the course of both acute and chronic pancreatitis [20, 21, 22, 23, 24].

In a series of 159 CT scans performed on 100 consecutive patients with acute pancreatitis, Heider et al. found splenic infarcts in 10 patients and sub-capsular haemorrhage in two patients. In another series of 238 patients with pancreatic pseudocysts, 14(5.9%) patients had splenic parenchymal involvement [25]. Most reported cases are of focal infarction, and treatment is mostly conservative. Ray et al. reported a case of diffuse splenic infarction in a 17 year old boy with severe acute pancreatitis who presented with massive upper gastrointestinal bleeding and was treated with splenectomy [26]. A study reported two cases of acute pancreatitis with splenic complications. In the first case narrowing of splenic artery due to acute pancreatitis was suspected and in second cases hypercoagulability due to pancreatitis was suspected. Both cases were managed conservatively with serial CT follow up. Close monitoring of clinical parameters and serial CT scans is necessary for diagnosis of splenic complications. Our patient had diffuse splenic infarction and underwent splenectomy.

In conclusion abdominal compartment syndrome and diffuse splenic infarction can occur in patients with severe acute necrotizing pancreatitis. Early recognition and management may help in increasing the chances of survival of patient.

The authors would like to thank the patient and patient party who stood tough and gave permission for the publication of this case report. 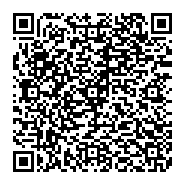