Organ-specific autoimmunity represents the cause of 90% of cases of type 1 diabetes. Genetic and environmental factors trigger the autoimmune process against the islet cells of the pancreas. Insulin secretion decreases with slow progressive destruction of the islet cells resulting from autoimmunity. Clinical signs of diabetes occur if 80-90% of islet cells in the pancreas are destroyed [1]. Chemical agents and drugs have been shown to facilitate the development of type 1 diabetes by directly destroying the beta cells of the pancreas. Drugs such as combined beta-blockers with thiazides, high-dose steroids, combined estrogen-progestin high-dose oral contraceptives, theophylline, aspirin, isoniazid, nalidixic acid, alloxan, streptozotocin, pentamidine, arsenic and vacor have been implicated as diabetic agents [2, 3]. Drugs may cause allergic reactions by any mechanism of hypersensitivity, and these may manifest as autoimmunity in type II hypersensitivity reactions. IgG and IgM mediate the cytotoxic-mediated response against cell surface and extracellular matrix proteins. The immunoglobulins involved in this type of reaction cause cell damage by activating the complement system or through phagocytosis.

A three-year-old girl presented due to frequent water consumption and urination, and fatigue during the previous two weeks. Laboratory analysis revealed a glucose level of 640 mg/dL, and mild acidosis and ketone in urine were present. Treatment was administered in line with the diabetic ketoacidosis protocol. The patient's blood sugar normalized, and her acidosis and general condition improved within 24 hours. The patient was then started on subcutaneous insulin therapy at 0.8 units/kg/ day. At follow-up HbA1c was 10.9%, and glutamic acid decarboxylase antibody was 22.2 U/ml (normal range: 0-10). Other diabetic autoantibodies, celiac and thyroid autoantibodies were negative. We also learned that a high level of phenylalanine had been detected by the national neonatal screening program following detailed medical history. She had been placed on a phenylalanine-restricted diet, and sapropterin dihydrochloride (Kuvan®) therapy had been started six months previously, after which unrestricted diet was initiated [4].

Kuvan® is a molecule containing sapropterin dihydrochloride as the active substance, and mannitol, dibasic calcium hydrogen phosphate, crospovidone type A, ascorbic acid, sodium stearyl fumarate, and riboflavin as auxiliary substances. Kuvan® may cause side-effects such as wheezing or respiratory difficulty, nausea, flushing, cough, dizziness or fainting, rash, and gastritis. Side-effects such as severe upper abdominal discomfort or pain, blood in vomit or stool, nausea and vomiting, and black, tarry stools have also been reported in the literature.

Development of autoimmune diabetes in our patient:

- Could this have been related to Kuvan therapy treatment? Might this have been associated with sapropterin dihydrochloride, or could the auxiliary molecules have triggered the autoimmunity?

- Did autoimmunity develop due to free nutrition with the consumption of food items that she had not encountered previously following Kuvan therapy?

- Was the autoimmunity associated with an unknown condition as seen with the majority of Type 1 diabetes cases, and was this condition concomitant with Kuvan therapy?

- Could the type 1 diabetes mellitus observed in our patient be due to Kuvan inducing type II hypersensitivity?

This case is presented here to discuss these questions and to raise awareness among physicians concerning a possible relation between Kuvan therapy and autoimmunity. 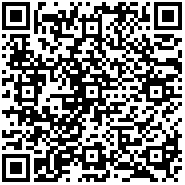