While numerous causes of pancreatitis have been documented, many of the causal associations have not been studied widely. Drug induced disorders include a wide variety of clinical symptoms varying from mild skin rash to severe life-threatening reactions. Pancreatitis is known to be associated with many drugs as well as immune mediated disorders. Drug induced pancreatitis is a type of acute event which shows classical evidence supporting an acute pancreatic inflammation and associated systemic features. Pancreatitis with normal blood work up is an interesting area still warranting proper pathophysiological mechanism involved. In this report we document a case who had two such drug induced events.

Drug induced adverse reactions includes a broad area, from common drug allergy to life threatening reactions. Frequently denoted by the term idiosyncratic reaction, a drug related event, which cannot be attributed to a complete medical error, is very rare but in cases might develop severe reactions too. We here present a case, who had two such drug related events, one leading to the other, of which the second one turned fatal. Gabapentin is one of the preferred and safe first line drug for any neuropathic pain, and azathioprine being a very good steroid sparing agent in any immune mediated disease. Any drug in medicine could cause an adverse event may be a dose dependent or a drug dependent type, and always comes with a price in spite of curing the illness. Uncommon but at times even unpredictable reactions might occur, so administration of any drug warrants caution.

A 52 years old female presented with complaints of severe respiratory distress for 2 days, abdominal pain for 5 days. Abdominal pain can’t be localized by the patient because she was restless. H/o occasional body temperature rise and vomiting for 3 days. No H/o diarrhoea, hematemesis, melena, cough, burning micturition with normal bowel and bladder habits. No significant family history. No Co-morbidities except for H/o Diabetes Mellitus for >7 years, well controlled with oral anti-hyperglycemics. She has had complaints of neuropathic pain in the legs for past one year for which she was prescribed Tab Gabapentin. No h/o of any addictions. On examination her she was well built and nourished but was agitated and restless, PR was 98/min, ECG was normal, RR was 27/min, Oxygen saturation (Spo2) was 84% with 6l O2/min through face mask BP was 110/70 mmHg and Temperature was 100F. On auscultation of chest no murmurs or added sounds, with no air entry in the left lower lobe, abdomen was non distended and bowel sounds were active. GCS score was 13/15. There were diffuse multiple pigmented and de pigmented areas on the skin, with many lesions on the healing stage. Patient’s relatives gave history regarding the skin lesions for the past 5 months, for which medical attention was sought. Mild rashes and blisters developed initially which turned severe in due time. One month back work up was initiated for the skin lesions which proved the diagnosis of Drug induced Bullous Pemphigoid which was attributed to gabapentin usage. She was started on immunomodulators oral Azathioprine and prednisone for past 1 month after which the skin lesions started healing. After two weeks of initiation, she had discontinued prednisone for unknown reasons and was only on azathioprine.

Emergency chest and abdominal Xray and blood workup were done. Xray chest showed Left sided mild Grade 3 pleural effusion with collapsed left lower lobe, and bilateral minimal perihilar infiltrates. Blood work revealed no significant abnormality except for anaemia with HB of 7.4 g/dl and Total leucocyte count of 12180/mm3 with neutrophil count >80%. All other parameters including Liver Function Tests including cholesterol profile, Renal Function tests, pancreatic enzymes (Amylase 17IU/l and Lipase 20IU/l) and Electrolytes (including calcium, magnesium) were also normal. HbA1c was 5.5g/dl. Xray showed no significant findings, some loops of dilated intestines on Xray. Ultrasonogram abdomen had no gall stones or dilated bladder except for minimal sludge, mild hepatomegaly with fatty liver grade 1 were noted, pancreas was obscured due to gas shadows. Spo2 was not improving with high flow Non rebreathing mask, so Bilevel Positive Airway Pressure (BiPAP) was started with IPAP/EPAP settings of 14/6 cm/h2o, after which saturation started improving to 93-95%. But Arterial blood gas analysis (ABG) showed respiratory alkalosis pattern which could have been due to her hyperventilation. Her abdomen pain was so severe so we had to start her on pain killers. Initially she was not responding to NSAIDS, so a transition was made to opioids, with Fentanyl infusion. After 3 hours her pain started to reduce but fever spikes started appearing. She was suspected for parapneumonic effusion and started with antibiotics Inj. Meropenem and Inj. Clindamycin. Urine routine came out to be normal. Sputum and blood sample were sent for culture and sensitivity. She started deteriorating from day 2, high fever spikes were there and abdominal pain still persisted. Total Leucocyte counts were also on the higher side. Upper and Lower Gastro intestinal endoscopies showed no significant findings. Echocardiogram also showed no significant features supporting cardiac failure or ischemia. Owing to the inconclusive diagnosis regarding the abdominal pain, a CECT abdomen was ordered. A multi detector CECT abdomen came with an impression of Acute necrotizing pancreatitis with perinephric fat stranding and oedema, Grade 1 fatty liver with hepatomegaly. A repeat sample after the CT scan was sent for pancreatic lipase and amylase, which came to be normal (23IU/L and 19IU/L respectively) (Figures 1-5). On day 4 She started having severe desaturation sP02 of 80% despite a BiPAP ratio of 18/8 cmH20 with high flow o2. ABG analysis showed pH of 7.1 with a pO2 of 50 cmh20. Repeat X ray showed diffuse ground glass haziness in B/L lung fields. Patient deteriorated, became drowsy and poorly responsive to pain, BP was in the lower range of 70-80/ 30-40 mmHg, with a mean BP of 75/35mmHg owing to which diagnosis of septic shock was made and vasopressor support with Inf. Noradrenaline was initiated. Two units of Packed cell transfusion was done immediately. Within hours, She started crashing with a sp02 drop rapidly to <70%, she was intubated and started on mechanical ventilation with ACMV mode with 100% Fio2 and Tidal volume of 450 ml, RR of 14/min, Positive End Expiratory Pressure of 5 cmH20. Sputum and blood culture proved no significant growths. Similar samples of pancreatic enzymes on alternate days for 5 days, all of which samples came with normal values. Anti-smooth muscle antibodies and IgG levels were normal too. A diagnosis of azathioprine induced Normal lipase pancreatitis (NLP) was made in a case of gabapentin induced bullous pemphigoid (BP). Both of which belonged to rare entities. The patient developed Acute Respiratory Distress Syndrome and kept deteriorating sP02 varying around 83-86% with Fio2 100%. On day 6 she developed cardiac arrest and died, not responding to resuscitation (Figures 5-9). Figure 7: Skin lesions in the healing stage and patient at the time of arrival. There were two interesting findings noticed in this patient of which both were drug induced, being a diagnosis of exclusion. Gabapentin is one of the wonder drugs used for neuropathic pain for decades. There are documented side effects of ataxia, drowsiness, oedema, nystagmus, fatigue, even sexual dysfunctions and Steven Johnsons Syndrome (SJS) have been reported. Skin related side effects to gabapentin is still unclear. Neither numerous case reports nor the reason was ruled out till now. Many reasons may be given for gabapentin induced skin allergy. In our case gabapentin after usage of four months caused initial blisters with raised rashes, which the patient was unaware and left it untreated for many weeks. Once the symptoms became severe, she sought medical help and was diagnosed with drug induced bullous pemphigoid from skin biopsy [1, 2], which showed with numerous eosinophils in papillary dermis and in dermo epidermal junction, along with BPAG2 and collagen 17. Followed by Direct immunofluorescent which demonstrated IgG, C3 deposition in linear pattern in papillary dermis. She was initially diagnosed with gabapentin induced allergy causing bullous pemphigoid. For which she was prescribed azathioprine and prednisolone.

Numerous drugs have been known to cause Acute Pancreatitis [3]. Azathioprine is a purine anti metabolite, also considered a steroid sparing agent is used in treatment of bullous pemphigoid and many other immune mediated illnesses. It is known to cause side effects like bone marrow suppression and infections. Azathioprine is also noted to cause acute pancreatitis in any patient or patients with any other associated factors favouring pancreatitis like, previous history of Inflammatory bowel disease most commonly crohn’s disease [4], organ transplantation, lupus, Rheumatoid arthritis etc. This usually resembles a Drug induced pancreatitis [5], where the cause is attributable to the drug intake and usually occurs 2-4 weeks following drug intake, showing elevated pancreatic enzymes >3 times the upper limit of normal levels.

Acute Pancreatitis with normal lipase, amylase levels have been a very rare and an uncommon presentation. So far lipase has been considered with higher specificity (99%) in diagnosing acute pancreatitis. By reviewing many literatures, reports have shown normal lipase pancreatitis occurring with hyperlipidaemia, gall stones and some drugs like thiazide diuretics [6], ACE inhibitors, itraconazole etc. Azathioprine induced pancreatitis is still an enigma because the mechanism is still unknown and it usually has been noted in patients with associated other disorders, also to which pancreatitis can be attributed. Even in cases reported with azathioprine, patients presented with increased enzyme levels. Normal lipase pancreatitis has not been that widely described in Azathioprine induced cases without any co morbidities. Some studies also show that NLP was noted due to pancreatic tissue exhaustion seen in cases with autoimmune pancreatitis, but our patient had no symptoms of autoimmune hepatitis or pancreatitis [7]. Pancreatic exhaustion as a cause of normal enzyme levels cannot be considered because of rapid symptoms development. Had it been a case of autoimmune pancreatitis, steroids would have helped and blood tests might have revealed, but neither of which did not happen. There are still controversies going on regarding the usage of adrenal steroids causing acute pancreatitis, while some arguing the use of steroids in the treatment of acute pancreatitis, the dose and duration effect of steroids on pancreas are yet to be detailed. There are no proper evidence supporting the pathophysiological mechanism of steroid induced pancreatitis.

Similar to the unclear pathophysiology behind the BP being caused by gabapentin, not many cases have been reported regarding the cause and mechanism involving normal lipase pancreatitis. Both of the drug induced adverse events are still under study and has shown warranting further researches. Literatures have shown azathioprine as an important cause of pancreatitis in patients with associated risk factors, which is usually a drug induced type of pancreas inflammation. But in this case, it did present in an atypical form with normal enzyme levels. No documented case has been reported yet of azathioprine induced normal lipase pancreatitis in a case of drug induced BP. We believe a lot more studies regarding this would help determine the actual temporal association of drugs with NLP and rule out underlying genetic level involvement if any persists.

There is no conflict of interest. 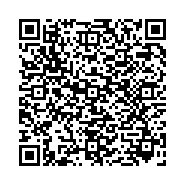