At the heart of change: what primary care needs to address to support the NHS at 75

Ask the British public what they are most proud of, and the National Health Service (NHS) tops the poll.[1] In 2013, the 65th anniversary of the NHS, primary care, and specifically general practice, remains the bedrock of the system, and in international comparisons British general practice clearly performs among the best.[2] But in 2023, when the NHS turns 75, general practice will have to be very different; and the degree of transformation required means that change needs to start now.

Since the inception of the NHS, general practice has changed somewhat: there have been changes in skillmix and practice teams; computerisation (ahead of hospital colleagues); and a trend towards larger practices. In some cases, we have seen the emergence of ‘super practices’; private organisations run by limited companies or a group of partners, like the Hurley Group in London, with NHS contracts covering large geographies and employing tens of doctors and other clinicians. These often fill gaps in poor general practice provision and give clear career structures to newer general practitioners. Overall, the quality of care has improved year on year.[3]

However, the extended primary care team has probably retracted in recent years, with many practices losing contact with district nurses, physiotherapists, health visitors and care managers. Attempts to integrate with specialist colleagues have broadly failed, highlighted more by notable exceptions like Torbay, than anything else. Overall, British general practice would look and feel very familiar to our 1948 predecessors; transported in time to 2013; once they had got used to a computer mouse and the British National Formulary (BNF) for prescribing, they would comfortably settle down to work in much the same way as they did in 1948 – morning clinic, visits, a few phone calls, evening clinic, treating families – but with the added blessing of no on-call (unless they chose to do so).

By 2023, the demographic profile of the population will have changed radically from the 1948 population that the NHS was created to serve. The benefits of greater longevity are becoming ever clearer to see. In the next decade, there will be an increase in the 75+ year age group to around 10% of the total population in England – almost two percentage points higher than today. More significantly, given its impact on healthcare services, the 85+ year age group will grow even more sharply, increasing by almost 40% between now and 2023. Alongside the ageing population, the number of people with multiple long-term conditions is forecast to increase from 1.9 million in 2008 to 2.9 million by 2018. The current NHS model is unable to adequately manage the needs of the existing elderly population, let alone the greatly increased elderly population of the future.

Because of this growing demand and the increased costs of providing healthcare, the cost pressures facing theNHSare projected to grow at4%every year until 2021–22. Over the past 20 years, health spending as a share of Gross Domestic Product (GDP) has been quietly, but significantly, increasing. However, it will be near impossible for this to continue in future. Research by the Nuffield Trust shows that, assuming that funding remains flat in real terms, and if current Quality, Innovation, Productivity and Prevention (QIPP) savings are achieved, the NHS will face a funding gap of £28–34 billion by 2021–22. Without significant productivity gains, the funding gap could grow to £44–54 billion. Either scenario should be a cause for alarm. The financial outlook for the NHS in 2023 is extremely challenging, requiring drastic changes to the way in which the system operates in order to avoid reductions in services, quality, or both.

Without deliberate and radical action to tackle these challenges, we are facing a future in which services are overwhelmed, possibly severely rationed, or simply abandoned by those who can afford to go elsewhere. Throughout 2013,PwCengaged people across the health sector through a series of events and workshops and polled over 4000 members of the public. Imagining the NHS in ten years’ time, means that all those involved in the health system – commissioners, providers, policy makers, regulators and the public – have the opportunity to shape theNHS of the future. Despite the pressures it is facing, what is clear from respondents is that the NHS

should remain universal and free at the point of use. Our Health Jury work last year emphasised the public’s strong and ongoing attachment to ‘our NHS’ – as also manifested in the 2012 Olympic opening ceremony.

The vision for the future of the NHS at 75 that emerged hangs on two key factors:

. people taking more responsibility for their own health and well-being, and

providers and workforce becoming more adaptive and agile than today.

The transitions necessary to make this future a reality present fundamental challenges for those working in the NHS and the public it serves. And this is why British general practice, good though it is, has to change drastically, simply because it is the lynchpin of the NHS. We think there are six key transitions that British general practice needs to make in order to support the NHS through to 2023 and beyond.

. The shift to prevention needs to become a reality. Alongside the prevention programme that general practice delivers now, it needs to actively take its part in addressing major public health issues. While it is reasonable to arguemany of these should be a focus for government attention, that does not excuse practices from not taking a targeted community based approach to reducing obesity and alcohol consumption, for instance.

There is a need to move from fragmented to integrated care. The generalist is, and must remain, the core of general practice; but models of care in which age- or condition-specific specialists work much more closely with generalists must happen now. This probably means changing the small partnership model of general practice to bring in other colleagues

We must move from a system focused predominantly on activity, to one which is focused on outcomes. The quality and outcomes-based framework largely focuses on proxy outcome measures, many of which have dubious merit. So, measuring the success of a general practice on the health of their local community over five or ten years is probably necessary.

Shift patients from passive consumers of care to active partners in their own health. Self-care is largely seen as nice to have. That patients have responsibility for their own health is often ignored. General practice needs to design itself around the expectation that patients will be in control of their care; when a patient with diabetes arrives for a review, they should have their latest results with them and share with their clinician what they plan to do.

to be ready for their performance data to be published. The best general practices should be doing that now.

Innovation and failure must be the new normal. Most innovation comes with failure; whilst we would not want the wholesale failure of healthcare organisations and patients must be safeguarded, testing, failing, refining and improving (the improvement cycle) should become normal. Try things, if they don’t work, then try something different, but keep improving.

It is hardest to change when you are successful. But the challenges of the next decade mean that the success of today cannot be maintained without deliberate action. When looking ahead means that the future of something that you hold dear is in doubt, then it is important for everyone to play their part. Many of the answers to the challenges ahead are already emerging in general practice in the NHS and abroad; part of the answer lies in sharing and spreading what we already know works. But there are also more difficult barriers to overcome, and these issues can no longer be ignored. There is a window of opportunity to take a step back and take a longer term view of what needs to change across the service. If we wait, it may well be too late.

Download PwC’s report into the future shape of health services – [email protected] – and join the debate at www.pwc.co.uk/nhs75 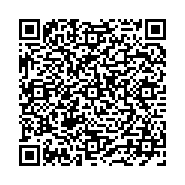