Aspirin therapy should be an adjunct to the medical management of patients who have had a vascular event but the role of aspirin prophylaxis in the primary prevention of vascular events is less clear. This benefit-versus-risk balance may, however, be influenced by evidence that aspirin reduces bowel cancer risk. Wider aspirin use could lead to more advice being sought on its use from community pharmacists and general practitioners. Yet 10% of those taking aspirin experience symptoms that negatively affect their daily quality of life. These symptoms, such as heartburn, may discourage more individuals from taking aspirin than would the risk of bleeding.

How this fits in with quality in primary care:

Primary healthcare professionals, such as community pharmacists and general practitioners, are key sources of advice for members of the general public about the benefits and risks of aspirin. The decision to take aspirin is influenced by a balance of benefits versus risks. The former includes a reduced risk of vascular events and bowel cancer; the latter, an increased risk of bleeding and haemorrhagic stroke.

This paper puts into perspective the relative impact of the benefits and risks of aspirin. Whilst for many individuals the benefit versus risk balance may be favourable, others may be discouraged from taking aspirin because of undesirable symptoms, such as heartburn.

Based on persuasive evidence of a clear balance of benefits versus risks,[1,2] aspirin therapy should be an adjunct to the medical management of patients who have had a vascular event. Despite this persuasive evidence, the use of aspirin for the secondary prevention of vascular events is yet to be fully achieved. Several studies have reported underuse of aspirin for this indication and efforts to address this issue seem justified.[3,4]

The role of aspirin prophylaxis in the primary prevention of vascular events is less clear than the situation for secondary prevention. One element of this controversy derives from the low absolute risk of events in the populations studied, leading to a concern that the number of vascular events avoided by prophylactic aspirin might be similar to thenumber of serious bleeds caused by it.[5] Based on this quantitative assessment, which assumes that vascular events and bleeds are clinically equal, the role of aspirin in primary prevention has been questioned.[6] This benefit-versusrisk balance, however, may be influenced by evidence from randomised controlled trials that aspirin reduces bowel cancer risk by about one-third.[7] However, at least ten years of aspirin prophylaxis may be needed for this benefit.

Vascular events, which vary in severity and can be fatal or severely disabling,[10,11] are also the leading single cause of death in these populations. Furthermore, bowel cancer screening programmes highlight the value of preventing this serious disease,[12] which accounts for about 10% of all malignancies in men and women combined. Together, vascular events and bowel cancer are significant public health challenges that account for about one-third of all-cause mortality.[13] In males in England and Wales, approximate figures for heart attack, ischaemic stroke and bowel cancer are 22%, 9% and 3%.[13] The respective figures for women, which illustrate some differences in disease profile according to gender, are 16%, 13% and 2%. These estimated figures are rounded to the nearest integer and may include other pathologies recorded. For example, anal cancer is often grouped with bowel cancer.[13]

It has been estimated that the annual incidence of gastrointestinal bleeds is approximately one per 1000[14,15] in the general population. To put this in context, such bleeds therefore occur about five times less commonly in the general population than do vascular events and bowel cancer. This has important implications for public health policy. Bleeds also carry an acute mortality rate of about 6% to 9%,[15] with a population mortality of around 1 in 10 000 individuals, and approximately equivalent to about 1% of all-cause mortality. This is very different from the mortality burden presented by vascular events and bowel cancer, even after taking account of different incidence rates. This further supports the conclusion that vascular events and bowel cancers are more serious diseases than gastrointestinal bleeding. Equating the outcomes of aspirinmerely in terms of numbers of good and bad effects therefore appears to be a flawed argument.

In population studies, aspirin is associated with an approximate doubling of the risk of gastrointestinal bleeds.[16] By contrast, in a meta-analysis of six primary prevention trials, aspirin was associated with an increased risk of gastrointestinal bleeding of only about 15%.[17] Perhaps the true figure lies somewhere between these estimates, as trials often exclude those with aspirin contraindications, while population studies are confounded by other risk factors for bleeds, such as multiple medication or gastrointestinal ulceration from other causes.

Aspirin does cause an increased risk of bleeding, but the risk remains uncertain and the severity of bleeds relatively minor. In the meta-analysis, no evidence of increased mortality from bleeds was detected,[17] and there was even a suggestion that the case-fatality rate from aspirin-induced bleeds was lower than those occurring spontaneously.This is possibly because aspirin might induce minor bleeding, which leads to diagnosis and management of underlying causes of or predisposition to serious bleeding. However, a small increased risk of haemorrhagic stroke, less prevalent than ischaemic stroke (which is prevented by aspirin), has been attributed to aspirin.[18]

The risk of dying from an undesirable effect from aspirin has been estimated to be similar to the risk of dying from an accident whilst driving a car.[19] There are alsoways to reduce the undesirable risks of aspirin, such as acid blocker therapy.[20] This has been illustrated by a small study[21] of 156 patients undergoing secondary prevention who had experienced a bleed while on low-dose aspirin. All were prescribed a proton pump inhibitor and subsequently randomised to aspirin again or to a placebo. Recurrent bleeding occurred in 10.3% of the subjects on aspirin and in only 5.4% on the placebo, but all-cause mortality was only 1.3% in those put back on aspirin and 10.3% in those on the placebo. Despite the small size of this study, the evidence is consistent with aspirin increasing the risk of bleeding and reducing the risk of mortality.

When the evidence of aspirin bleeding is put into perspective, the risks can be equated to well accepted and everyday practices. The potential public health impact of wider aspirin use could be large and a Citizen’s Jury has called for a health education campaign on the benefits and risks of aspirin to be initiated.[22] Furthermore, it is known that up to onequarter of adults aged over 50 years are already selfmedicating with aspirin purchased over the counter.[23] A health education campaign might increase this use further, perhaps leading to more advice being sought on aspirin from community pharmacists and general practitioners.

Perhaps the more immediate deleterious impact of aspirin is on gastrointestinal symptoms, experienced by 15% in one survey of older adults.[24] The severity of these symptoms, such as heartburn, was sufficient in 10% of those taking aspirin to negatively affect their daily quality of life. This undesirable effect may discourage more individuals from taking aspirin than would the risk of bleeding occurring. 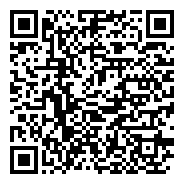