What is an Artificial Pancreas?

It is a man-made device, which closely mimics the glucose regulating function of real pancreas. It is designed to release insulin in response to changing blood glucose levels.

It can be mainly used to control glucose levels in those who suffer with type-1diabetes.

After eating food blood sugar (glucose) rises, pancreas sense the rise in glucose and begins to release insulin hormone to move sugar to blood stream to cells. So, that it can be utilized in the form of energy or can be stored for later. When pancreas senses low blood sugar level, it releases another hormone glucagon, this stimulates liver to release stored sugar to the blood stream.

Type-1 diabetes destroys insulin making cells of pancreas, as pancreas can’t produce insulin at the time of high blood sugar level, it is required to be injected from outside. It requires a continuous blood sugar check, by finger prick several times a day, so that insulin can be injected from outside. This process becomes very tedious for both patient and doctors as well.

It has a same functioning to that of a real pancreas. It takes a constant check of blood sugar and release insulin when the sugar level is high.

The system frees people from testing their blood sugar levels multiple times a day by fingerstick, and from delivery of insulin by multiple daily injections.

Closed-loop artificial pancreas: It is the most commonly used artificial pancreas, made up of an externally worn insulin pump which communicates wirelessly to a CGM which is worn as a patch on skin. The CGM measures blood sugar levels and the result is fed into a small computer which calculates the insulin requirement (if any) which needs to be delivered by the insulin pump. The required amount is then delivered into the body, completing the cycle.

Bionic pancreas: It automatically controls blood glucose levels. It comprises of two insulin pumps which deliver insulin and glucagon respectively. The pumps are connected with an iPhone app via Bluetooth, which enables communication between the devices that helps calculate the required doses needed. Automated dosing decisions for insulin and glucagon are made in every 5 min based on updated CGM readings.

Implanted artificial pancreas: This device features a gel which responds to changes in blood glucose levels. When blood sugar is elevated, the gel enables a higher rate of insulin to be released; during lower sugar levels, the gel decreases the amount of insulin. The implantable system could be refilled with insulin on a regular basis. 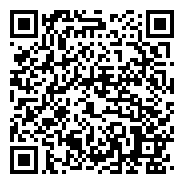