The behavioural and psychological symptoms of dementia (BPSD), such as agitation and aggression, are present in a large proportion of patients with dementia in residential care. Around 20–50% of patients in institutional care receive antipsychotic drugs. The adverse effects of such drugs are considerable and include a doubling of stroke risk. National guidelines (SIGN 86 and NICE 42) give clear advice that the initial approach to BPSD should be with non-pharmacological interventions unless distress is severe or there is immediate risk of harm to the person or others.

Current guidance (NICE 42) defines ‘appropriate’ prescribing of antipsychotic drugs in patients with dementia in nursing homes. Our practice decided to compare our prescribing behaviour to the criteria listed by NICE. The introduction of a checklist and six-monthly review led to a reduction in our prescribing rates of antipsychotics in nursing homes, regular reviews and satisfaction that the benefit of the drug outweighs risk.

In recent years there have been considerable professional and media concerns about the over-prescribing of antipsychotic drugs for nursing home patients who have dementia.[1,2] The behavioural and psychological symptoms of dementia (BPSD), such as agitation and aggression, are present in a large proportion of patients with dementia in nursing homes. Around 20–50% of patients in institutional care receive antipsychotic drugs.[3,4] The adverse effects of these drugs include an increased risk of stroke, confusion, sedation, postural hypotension, extra-pyramidal effects and anti-muscarinic effects.[5] Patients with Lewy body dementia (10–15% of all patients with dementia) are particularly susceptible to severe sensitivity reactions to antipsychotic drugs, which may be life threatening. [6]

In 2004, the Committee on Safety of Medicines advised that risperidone and olanzapine should not be used in the treatment of BPSD, due to a threefold increase in stroke risk with these drugs. Many patients were switched to other atypical antipsychotic or conventional antipsychotic drugs but stroke risk is at least doubled in these drugs.[5]

Both the Scottish Intercollegiate Guidelines Network (SIGN) and the National Institute for Health and Clinical Excellence (NICE) have produced guidelines for clinicians who manage dementia.[7,8] Their recommendations include a thorough assessment to consider factors that may aggravate or improve behaviour: physical health, physical environmental factors, psychosocial factors, side-effects of medication, undetected pain, individual beliefs and cultural identity. Non-pharmacological interventions such as environmental and psychological management should be used initially.

Patients with dementia who develop non-cognitive symptoms or behaviour that challenges should be offered a pharmacological intervention in the first instance only if they are severely distressed or there is an immediate risk of harm to the person or others.[8]

Nursing home staff are important in the decision about whether to prescribe antipsychotic drugs in dementia. Their ability to offer alternatives to drugs in the management of BPSD varies, and depends on their training and experience. Fossey et al showed that training and support of nursing home staff reduced antipsychotic prescribing in patients, without worsening behavioural symptoms.[3]

This paper describes a simple intervention for patients prescribed antipsychotic medication in three nursing homes registered within one general practice in East Ayrshire, Scotland. The practice was smaller than average, rural and in a deprived area; 48.7% of the practice population were living in the 15% most deprived datazone according to the Scottish Index of Multiple Deprivation 2006.[9] The nursing homes covered by the practice specialise to a certain degree in taking patients with functional psychoses and with more challenging forms of dementia.

Audit criteria for appropriate prescribing of antipsychotic drugs were developed based on NICE recommendations: [8]

2 there is a documented review of the prescription in the past six months by either a general practitioner (GP) or psychiatrist (standard 100%).

When prescribing a drug with many possible adverse effects, it is especially important to have a clearly defined reason for prescribing. Regular review is required to monitor response and look for development of adverse effects. Reduction or withdrawal of the drug may be appropriate in some cases.

The consensus view of the practice was that 100% standard was reasonable, given the small number of patients and the clinical situation.

Registered patients in nursing homes were identified and then had a specific Read code added to their electronic record. A computerised search was undertaken by the practice information technology coordinator, to identify those patientswho were prescribed antipsychotic drugs as determined by the relevant chapter in the British National Formulary.[10] Following the first data collection, the results were discussed at our multidisciplinary primary healthcare team meeting and also with care home nursing staff during one of our regular visits. Clinicians were keen to improve the quality of antipsychotic prescribing, and a checklist was drawn up based on NICE guidance covering the following points:

Some nursing home patients who were prescribed antipsychotic drugs had diagnoses other than dementia. In these cases and in previously detained patients, a psychiatrist was consulted before considering changes to antipsychotic medication.

The checklist was completed and scanned into each patient’s electronic health record. It was updated every six months. The antipsychotic review was performed during a regular nursing home prescribing review meeting or at a twice-monthly visit to the nursing home. A specific Read code for these reviews ensured they were kept up to date. The ‘nursing home antipsychotic review’ was entered every six months into the practice’s audit calendar.

Results are summarised in Table 1.

Over the six months of the audit the number of patients prescribed an antipsychotic drug in a nursing home fell from 22 (27%) to 15 (19%). The changes were:

In the study period, one new patient was started on an antipsychotic drug for BPSD.

It was reassuring that the prescribing rates of antipsychotic drugs for nursing home patients in this study were similar to previously reported rates.[3,4]

The introduction of the checklist and six-monthly review led to an improvement in this situation.

We are a small cohesive practice team and are able to discuss and implement changes rapidly. Our system of regular nursing home surgeries makes planned review of nursing home patients easy to organise, leading to only one or two extra reviews each month.

The audit is straightforward to sustain in the long term. Our practice administrator runs a search each month to identify patients in nursing homes prescribed antipsychotic drugs, and the date of the last antipsychotic review. Overdue patients (over sixmonths) are booked into the next nursing home surgery. All patients on antipsychotic drugs in our nursing home population were audited. However, this included a few patients with diagnoses other than dementia. Overall, the number of patients audited was small.

Despite the limitations of this audit, it is relevant to any practice interested in improving the care of its nursing home patients and is feasible to sustain in the longer term. The extra workload generated was modest.

The group of patients studied are medically complex, with both physical and mental health needs, making this a challenging area of general practice.

Following the introduction of the checklist, our practice is satisfied that patients who remain on antipsychotic drugs are being reviewed appropriately and that the benefit of prescribing outweighs the risk.

With thanks to Dr Robert de Mey and Dr David Cunningham for their helpful guidance. I would also like to thank my partners and the nursing staff of the nursing homes involved.

This study was considered to be an audit, and as such did not need ethical approval.

Not commissioned; not externally peer reviewed. 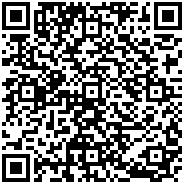