An Unprecedented Mutation in Cystic Fibrosis Accounting for Recurrent Pancreatitis

Cystic fibrosis (CF) is a genetic disease that mainly affects the lungs and the pancreas, liver, kidneys, and intestines. According to the International Pediatric Pancreatitis Working Group (INSPPIRE) guidelines, the diagnosis of acute recurrent pancreatitis meets two of the criteria for acute pancreatitis-compatible with abdominal pain, serum amylase and/or lipase activity at least three times the upper limit of normal, and presence of imaging findings specific to acute pancreatitis, and requires at least two separate attacks in which abdominal pain and high pancreatic enzymes ultimately return to normal [1]. Single-center studies show that 15-35% of children with acute pancreatitis have recurrent attacks [2, 3].

A ten-year-old girl presented for the first time when she was four years old with a sudden onset of abdominal pain that spread to her back. The patient was diagnosed with an acute pancreatitis attack and was followed up. She had approximately eight pancreatitis attacks in six years and was investigated for the etiology with acute recurrent pancreatitis attacks. She had no known illness and had never had complaints such as cough and diarrhea before. There was no kinship between her parents. Her grandfather and aunt had kidney stones, but there was no family member diagnosed with pancreatitis. Her body weight was 30 kg (35P, -0.42 SDS), her height was 137 cm (44p, -0.14 SDS). On her first admission, her body temperature was 36 ° C, peak heart rate: 86 beats/min, respiratory rate: 20/min, and blood pressure was 110/70 mmHg. Physical examination revealed tenderness in the epigastric region. Other systemic examination findings were normal.

Pancreatic volume was increased in abdominal ultrasonography, while parenchyma echogenicity was normal (Stage B pancreatitis). No pathology was found in MR cholangiography. The patient's IgG4 result for autoimmune pancreatitis was normal. For genetic analysis, cationic trypsinogen protease serine 1 (PRSS1), serine protease inhibitor Kazal type 1 (SPINK), and CFTR gene mutations were investigated. In CFTR gene analysis, c.4202A> G homozygous mutation (p.Glu1401Gly) was detected. Two separate sweat tests for cystic fibrosis were high (61.3 mmol/l and 65 mmol/ l; > 60 mmol/l is considered high). No pathological finding was observed in the thoracic tomography. Fecal fat analysis was positive, and the fecal elastase was 250 mcg/g (Normal> 200 mcg/g). There was no microbial growth in sputum cultures. Multivitamin support was started, and the patient was followed up.

Acute recurrent pancreatitis and chronic pancreatitis rarely accompany CF. The diagnosis of cystic fibrosis may be delayed due to malnutrition, pancreatic insufficiency, and the absence of respiratory system findings. In a study in which eighteen patients aged 8-27 were evaluated, the mean time between the patient being diagnosed with acute recurrent pancreatitis or chronic pancreatitis and the CF diagnosis was shown as 0.4 years (6). In our case the period ranging from acute recurrent pancreatitis attacks to obtaining CF's genetic diagnosis was approximately 1.5 years. Cystic fibrosis is a channelopathy caused by mutations in the gene that acts as the chlorine channel and encodes the CFTR protein. Although the diagnosis is easily made in many patients who present with gastrointestinal and/or respiratory findings and abnormal CFTR function at an early age, patients with insufficient sweat test results or atypical clinical presentation face diagnostic dilemmas.

The diagnosis of cystic fibrosis is made with clinical findings such as chronic sinusitis and pancreatitis with sweat test ≥60 mmol/ l OR with clinical findings, sweat test 30-59 mmol/ l, and two mutations that cause CF [7]. Our patient, who had CFTR mutation in the genetic study without any respiratory system findings or malnutrition, was diagnosed with CF with a high sweat test. Various genetic risk factors have been identified in adults with acute recurrent pancreatitis. However, there are few studies in the literature on the genetics of acute recurrent pancreatitis in children. Mutation or single nucleotide polymorphisms which known to cause recurrent pancreatitis in children are PRSS1, SPINK1, CFTR, chymotrypsin C (CTRC), claudin-2 (CLDN2), and cathepsin B (CTSB) [8]. Since CFTR mutations are common mutations in patients with acute recurrent pancreatitis, functional tests and genetic analyses for CFTR become important [9]. Additionally, genetic studies' vital contribution to the disease's course is notable since having a variant of CFTR, SPINK1, or PRSS1 is associated with rapid progression from acute pancreatitis to chronic pancreatitis [10]. The genetic mutation of our patient was searched in the CF mutation database. A c.4202A> G (pGlu1401Gly) mutation was previously identified in an adult patient with azoospermia and additional ΔF508 mutation. We could not find any study showing the relationship between this variant's homozygous mutation, defined in pediatric or adult cases in the literature, with pancreatitis or classical CF. According to the analysis result [11, 12], this variant has been reported as "possible pathogenic" since it is missense and is in a critical CFTR gene region.

In our patient, the fecal elastase, which was checked to show the pancreatic exocrine insufficiency, was normal (250 mcg/g stool). Nevertheless, the patient's follow-up continues due to the risk that inflammation and damage caused by recurrent pancreatitis may cause loss of function in the pancreas.

The possibility of CF that may accompany pediatric patients presenting with acute recurrent pancreatitis should be kept in mind, and the importance of early diagnosis should not be forgotten. Symptoms can be eliminated, and end-organ damage can be prevented by applying CF treatment with early diagnosis. 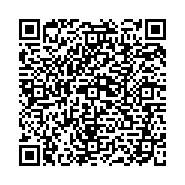