A quality GP consultation with an autistic spectrum disorder child: a motherÃÆÃÂ¢ÃâÃ¢âÂ¬ÃâÃ¢âÂ¢s perspective

My autistic spectrum child has just visited the doctor about a respiratory infection.Wearrived at the appointed time to find the doctor was running late. The receptionist directed us to an empty, private waiting room with a closable door. Inside, a window provided natural light with soft lighting for evening times. No music, just silence. An array of toys, silent and non-electronic, stood on one side with a selection of children’s books and comics. A few minutes later when my child with her short attention span had exhausted the toys, I gave my mobile phone number to the receptionist and we left the building to go for a walk. After ten minutes the receptionist called to tell me that the doctor would be ready to see us in five minutes. We returned to the surgery and walked straight into the doctor’s office. This was an uncluttered space, all equipment was out of reach ofmy young child’s prying fingers. The doctor was accepting and non-judgemental of my child as she ran around the room, removing her clothing as she went. My daughter rarely wears clothing or footwear for longer than20minutes.She had already been dressed twice, once prior to getting in the car to journey there, and again, before leaving the car. My five year old’s nappy is soaked. Again. She drinks so much that her bladder is constantly emptying itself.

The doctor, mindful that time was of the essence, asked me why we had come. He listened attentively, accepted my information and concerns, recognising my competence as a parent in difficult circumstances. He was aware that my appearance of fatigue, difficulty in remembering details, and tension are the result of months, possibly years, of broken and deprived sleep. I have been living constantly with a child who can be unpredictable, has little or no speech and no sense of fear, dances on windowsills when she gets the chance, regularly rips wallpaper, deconstructs rooms, pulling books from bookcases, contents from cupboards and drawer, decorates the kitchen with food and regularly empties all toiletries, soaps and bathroom cleaners she can lay her hands on. Neither jewellery, clothing, furniture nor furnishings are safe from scissors. No wonder I may have come over as stressed, mildly neurotic or speaking in a monotone.

My doctor knew all this from earlier visits. He listened, and then examined my child. He understood that this is deeply stressful for her.He examined her on my lap. He knew that inspecting eyes, ears and throat were difficult for her, as she has auditory, visual and tactile sensory sensitivities. Touching her head and neck is purgatory for her. The doctor worked swiftly. He talked directly to my daughter, clearly, as to another adult who was obviously capable of understanding all that was said to her. At all times in our conversations, we spoke respectfully of my child, knowing she may understand every single word. At the touch of the stethoscope my child screamed. She cried throughout the examination and by this point she was being physically restrained by me. The doctor took it all in his stride. He prescribed medicines, mindful that these may be more of a challenge to administer than to the average child. As he did so I changed my child’s nappy, dressed her again and finally left.

The importance of gathering information from parents, the willingness to value rather than dismiss their comments and concerns, are paramount. There is mounting evidence from organisations including the Autism Research Institute (www.autism.com) and Defeat Autism Now (DAN), a coalition of doctors in the USA dedicated to researching and treating the various biological and neurological causes of autism, that the symptoms of autism are treatable. Furthermore, there is mounting evidence that if treatment is begun sufficiently early recovery may be possible. This is currently not a view shared by all in the medical profession.

For parents of autistic spectrum children, words of support and encouragement are rare from the majority of the medical profession. This makes life even more difficult for harassed, exhausted and frightened parents who need to be encouraged by members of the primary healthcare team that there is hope. Such an approach can make the difference between a depressed and inefficiently functioning parent and one who is cheerful, and looking to do the best for their child at any given moment. GPs and their primary healthcare teams have the capability to give these things every time they interact with autistic individuals and their families. It is both a gift and an opportunity and is priceless.

My daughter is now nearly 13 years old. In the intervening years since her diagnosis at four years of age she has changed enormously. From the age of four and a half, to eight and a half, I ran a Son-Rise programme, devised by the Autism Treatment Center of America (www.autismtreatment.org) for her in our home, with the help of volunteers. During this time she benefited from a gluten/casein-free diet, which at the same time was also low in salicylates, sugar, processed food, preservatives and additives. She received a variety of nutritional supplements, probiotics, and natural antifungal supplements. She was also treated by a DAN doctor. She received homeopathic treatments, kinesiology and reiki. A year of Feldenkrais Method sessions completely resolved her disrupted sleeping pattern. We began a HANDLE programme in 2002, following an assessment (www.handle.org). Within 14 days, my daughter was wearing clothing 24 hours a day, and began to tolerate both socks and footwear. At the age of eight she had progressed so far that she was able to sit at a table and be formally taught. Under the guidance of Growing Minds (www.autism-programs.com), Florida-based specialists in facilitating recovery for children with autism and their families, her home schooling began withme, her mother, as her sole teacher. She now reads, writes, speaks, uses a computer and is studying curriculum for 7–9 year olds.

Visits to the doctor are no longer stressful or traumatising. Only injections cause major stress. She still has speech and language delays, auditory sensitivities, and some mild sensory challenges. However, she is light years away from where she was. She has come a long way along the path to recovery and hopefully will continue to develop.

We have been lucky. I learned of the Son-Rise programme before she was formally diagnosed with autistic spectrum disorder, read the book by Barry Neil Kaufman – Son-Rise the Miracle Continues, and was fortunate to attend training at The Option Institute where I was given hope and empowered to startworking with my child and following avenues of possibilities for her recovery. It has not been easy. The road to recovery for a child with an autistic spectrum disorder is full of challenges for the child and their family, and many marriages, including my own, end. However, throughout the last eight years, hope and empowerment, the most powerful of commodities, of both her parents, have sustained us to continue the work, and never give up. Health professionals are powerfully placed to give hope, to empower parents, and to educate them and themselves on this subject, so that they can continue to support the affected person and their family. 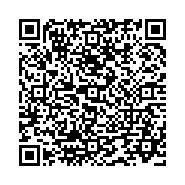