Practice-based small group learning: what are the motivations to become and continue as a facilitator? A qualitative study

IntroductionPractice-based small group learning (PBSGL) originated in Canada and has spread to Scotland. After a successful pilot in 2004, there has been rapid growth in the number of participants in Scotland, particularly among general practitioners (GPs). Growth of participant numbers has required the recruitment and retention of trained peer facilitators who help PBSGL groups to learn. It was not known what the perceptions and experiences of PBSGL facilitators were; in particular what had motivated them to become and continue as facilitators. MethodTwo focus groups of PBSGL facilitators were held; their discussions were audio-recorded and transcribed with permission. Data generated were coded, and themes were constructed from these codes. ResultsParticipants found facilitation work to be enjoyable and useful. They had positive past experiences of problem-based learning and of small group learning. Older facilitators had experiences gained through their involvement in GP registrar training. Some of the younger facilitators saw the programme as being a method to enhance and advance their careers. There were anxieties about recruiting new PBSGL groups from potential members relatively unknown to facilitators. Once groups were established, facilitators felt there was little need for further support. DiscussionParticipants were enthusiastic about PBSGL facilitation, suggesting that the programme will continue and may grow further. Their positive perceptions and experiences should reassure potential new facilitators. 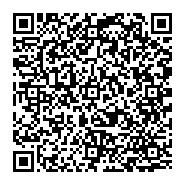