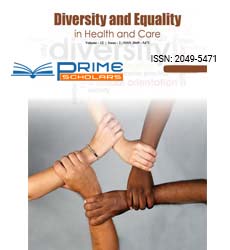 God will look after us: Africans, HIV and religion in Milton Keynes

This paper examines how black migrant Africans in Middle England make sense of religion, in particular Christianity, in their daily lives when faced with a life-threatening condition, namely, the human immuno-deficiency virus (HIV) and the acquired immune deficiency syndrome (AIDS). The movement of the African HIV epidemic to the suburban English home counties, where services are still in their infancy, presents a challenge to service providers as well as those Africans who are living with HIV. In 2003, interviews were conducted with a sample of 22 Africans living with HIV, most of whom reported that they relied on inner strength supplied by their Christian faith in coping with HIV. Despite the importance of faith in the management of daily life within the context of a positive HIV diagnosis, the church was simultaneously construed as a threatening space marked by lack of confidentiality, and a site for the generation of stigma. Faith leaders (n = 20) took part in discussions and stressed their limited capacity in dealing with HIV-related issues within their congregations. Faith leaders expressed a willingness to work in partnership with statutory providers and be recognised as equal partners in the fight against HIV stigma, and wished for their capacity to be developed to support those who were living with HIV.