To observe the residual leak after Transcatheter closure of PDA with different types of duct occluders.

Introduction: Patent ductus arteriosus has very diverse morphology and sometimes it becomes challenging at times to occlude along with certain complications. Transcatheter closure of PDA is the procedure of choice and is considered safe. Various devices develop to occlude PDA because of diverse morphology. These devices are usually designed according to the anatomical types of PDA.

Objective: The objective of this study is to observe the residual leak within 24 hours after device occlusion of PDA in the pediatric age group by using different devices in diverse morphology of PDA.

Methods: A cross-sectional observational study with consecutive sampling was conducted in the cardiology department to evaluate the results of PDA device occlusion regarding residual leaks by using different devices at children's hospital and institute of child health Lahore. The data was collected for 6 months after approval of synopsis between 6 months to 16 years of age by developing Performa. All the data was entered in SPSS version 25 software and then analyzed for statistically significant outcomes. Descriptive analysis and the Chi-Square test were applied to measure the association among the different categorical variables.

Patent Ductus Arteriosus (PDA) is a common cardiac defect with an incidence of 6%-11% [1] Symptomatic PDA requires treatment in the form of medicine as well as an intervention [2]. Transcatheter closure of PDA considers being safe and preferable nowadays [3]. Cardiac catheterization was first used to treat PDAs in 1966 [4]. Recently various types of duct occluder devices are available for PDA occlusion [5]. Ductus arteriosus persists in a wide variety of sizes and configurations. Krichenko et al. angiographically classified duct into five types: Type A ‘‘conical’’ ductus, with ampulla at the aorta and narrow point at the pulmonary end. Type B ‘‘window’’ ductus, with no ampulla and a narrow end. Type C, ‘‘tubular’’ ductus. Type D, ‘‘complex’’ ductus, with several narrowing. Type E, “elongated” ductus, with narrowing away from the anterior edge of the trachea [6]. The sizes, shapes, and association to other cardiac defects are the main aspect of interventional closure. Various types of devices for PDA closure are now available. These include ADO device, Rashkind device, SHSMA occlude, and Gianturco coil [7]. A lot of studies done on devices effectiveness and complications but few studies done regarding observing normal versus reverse shank outcome spatially focus on residual leak because residual leaks some time challenging to treat because of hemolysis, volume load, increase chance of infective endocarditis, and re-coiling or re-devising.

A cross-sectional observational study with consecutive sampling was conducted in the cardiology department to evaluate the results of PDA device occlusion at children hospital and institute of child health Lahore. The data was collected for 6 months after approval of synopsis between 6 months to 16 years of age by developing Performa. Only patients with isolated PDA seem suitable for device occlusion in echocardiography by consultant pediatric cardiologist were selected. Those patients having associated coarctation of the aorta or other cardiac defects, irreversible pulmonary hypertension, neonates, and premature babies were excluded from the study.

Proforma was designed to focus on the angiographic types of PDA and residual leak between standard shank and reverse shank duct occluder used for the different types of PDA. The reverse shank duct occluder has a wider pulmonary end than the aortic end while in normal shank aortic end is wider than the pulmonary end. The devices used for standard shank were Life tech, Amplatzer AGA and Shsma. While for the reverse shank, Occlutech was used.

PDA device closure was done under universal aseptic condition through the femoral artery and venous approach. Heparin with 100 u/kg was given before the start of the procedure. In children below 7 months procedure was done under general anesthesia. While children above 7 months the procedure is done in local anesthesia with sedation. A full lateral view of Aortic angiogram (90 LAO) was performed to determine the morphology and size of the duct. Sometimes the shape was confirmed at 30 RAO view also. The size of the ampulla, narrow point, and length of the duct was measured at both 90 LAO and 30 RAO angiogram. Both aortic and pulmonary artery pressure was measured before the selection of the device. Device type and size were selected after reviewing the aortogram and pulmonary artery pressure by consensus of two consultant’s pediatric cardiologists. The position of the device was reconfirmed before releasing through angiography by contrast media at both 90 LAO and 30 RAO views. The position of the device was also confirmed through angiography by contrast again at 90 LAO and if required then 30 RAO position. Immediate complication like LPA or aortic partial obstruction was confirmed by pullback gradient at ascending and descending aorta and LPA distal to proximal gradient by Cather. The side leak not foaming through the device was labeled as residual leak after 24 hours post-procedure through echocardiography by a consultant pediatric cardiologist. Hemolysis was rule out through clinical status and urine examination before discharge.

All the data entered in SPSS version 25 softwares and then analyzed for statistically significant outcomes. Descriptive analysis and the Chi-Square test were applied to measure the association among the different categorical variables. 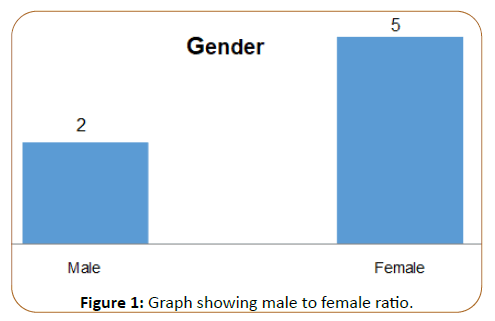 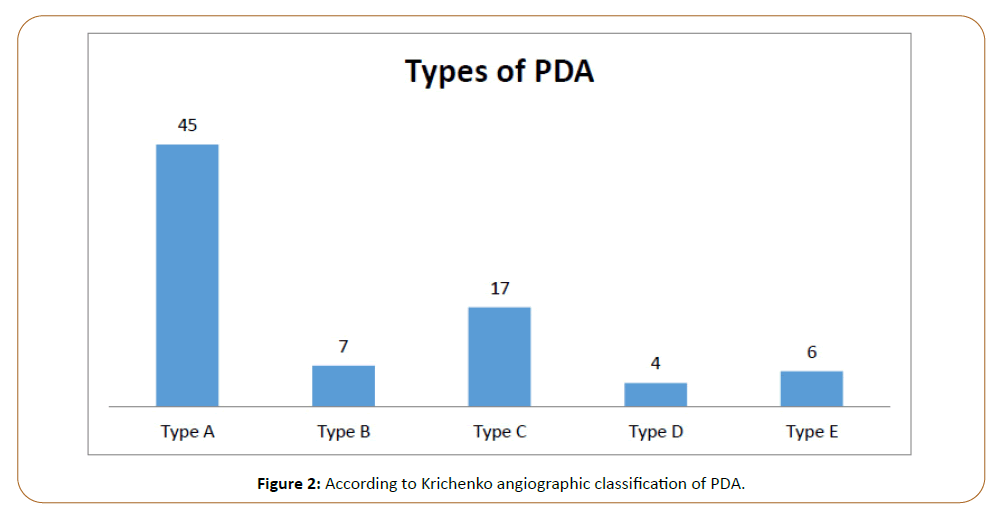 Figure 2: According to Krichenko angiographic classification of PDA. 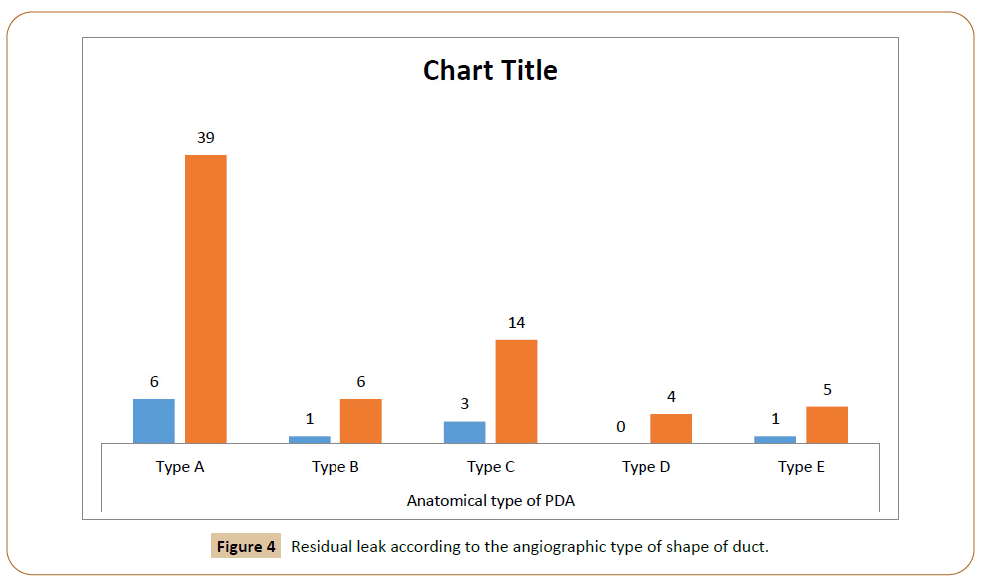 Figure 4: Residual leak according to the angiographic type of shape of duct.

The reverse shank is designed to enhance the stability of the device in the duct and decrease the risk of embolization. It is present in two different lengths, the standard length and the long shank device made for long ductal ampulla [11]. Residual shunt through the reverse shank device as described in the literature. Excellent occlusion rates have been reported at 1 day (82%-97%), 1 month (96%-100%) and 6 months (96%-100%) follow up [12]. Similarly, reverse shank showed a higher incidence of a residual leak than standard shank devices in our study as 8% found in standard shank device versus 24% in reverse shank device, which was supported by Kudumula V study. It was also reported immediate ductal occlusion did not occur by using the ODO [12]. Some studies revealed that there was only a 48.5% complete occlusion rate at 10 minutes post-implant, but in large ducts, complete occlusion occurred till 90 days [13]. But in our study, we found immediate occlusion rate within 10 minutes with all types of devices was 86% while with only ODO it was 76%. A study also documented that immediate complete occlusion with ODO was 63% [14]. We had a better occlusion rate in our study with ODO as mention it was 76%. We have a better implant technique as it may be due to repeat angiography always after crossing with the delivery system and re-measured narrow point before selection of the size of the device. Reyhan et al mentioned that especially in type B and type C oversizing measurement of the device was a better option [14]. We also noticed that in type B and type C only 14% of patients showed residual leak because of the oversizing technique. Regarding complication as early embolization of device, it was documented that chance of embolization in the large duct was always high [15,16]. In our study, there was no embolization seen.

Reverse shank had a higher incidence of a residual leak in type A. However, a regular shank device may be preferable in both Type A and C shape ducts. The result was also comparable of both types of devices in type A, and C patent ductus arteriosus.

It was a single-center study. Follow-up was not included regarding hemolysis, volume loaded, residual leak, and infective endocarditis later on. The outcome of re-devising or coiling results not mentions. The fate of pulmonary hypertension after device and co-relation between residual leaks with pulmonary hypertension not assessed. Similarly, the type of device selection was purely on the subject of availability.

Thanks to the support of our angiographer, and other staff members of the angiography department.