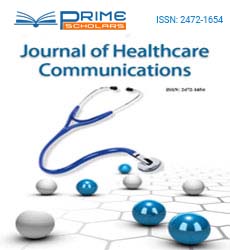 The Microbiome: a Key Player in Human Health and Disease

Until recently, human microbiology was based on the identification of single microbes, such as bacteria, fungi and viruses, frequently isolated from patients with acute or chronic infections. Novel culture-independent molecular biochemical analyses (genomics, transcriptomics, proteomics, metabolomics) now allow to detect and classify the diverse microorganisms in a given ecosystem (microbiota), such as the gastrointestinal tract, the skin, the airway system, the urogenital tract and others, and to assess all genomes in these ecosystems (microbiome) as well as their gene products. These analyses revealed that each individual has its own microbiota that plays a role in health, such as in immunity, neurological signalling, biosynthesis of vitamins or steroid hormones as well as the metabolism of drugs. In addition, they greatly contributed to the recent understanding of the role of the microbiome in the pathogenesis of a wide range of human diseases. It is to be expected that these new insights will translate into diagnostic, therapeutic and preventive perspectives in the context of personalized/precision medicine.

The basic aspects of molecular and cell biology are not only integral part of biomedical research but are also translated into patient care. Several global consortia have been launched and in part completed during the last decades. All of them continuously transform basic biomedical research and translate into medical applications and, after evaluation in randomized clinical trials, enter clinical practice with a tremendous potential to advance the diagnosis, treatment and prevention of human diseases.

More than 15 years ago, the international Human Genome Organization (HUGO) project established the complete sequence of the ca. 3 billion base pairs that make up the human genome. The data from the HUGO project greatly contributed to the understanding of disease pathogenesis and the individual patient’s natural course, prognosis and response to therapy (‘personalized/precision medicine’). In 2005 the international haplotype map (HapMap) project was initiated to identify, based on Genome-Wide Association Studies (GWAS) single nucleotide polymorphisms (SNPs) and their association with specific human diseases and individual phenotypic characteristics, respectively.

Overall, GWAS allow an increasingly better understanding of disease pathogenesis and a more accurate assessment of the individual risk to develop a specific disease.

The Human Microbiome Project (HMP) was established in 2007 as a third global consortium [1]. It aims at the sequencing of all microbes (eukaryotes, archaea, bacteria, viruses) inhabiting human body sites, such as the mouth, throat and airways, stomach and intestine, the urogenital system and the skin, respectively. Recent data demonstrate that specific compositions of the microbial community are associated with health and disease and suggest that the detailed characterization, function and variation of the microbial community will reveal important commensal host-microbe as well as microbe-microbe interactions with pathogenetic, diagnostic, therapeutic and preventive implications [2,3]. HMP has meanwhile developed into a major field of biomedical research, in particular the intestinal microbial community (Figure 1) that turned out to play a major role in human health and disease [4]. 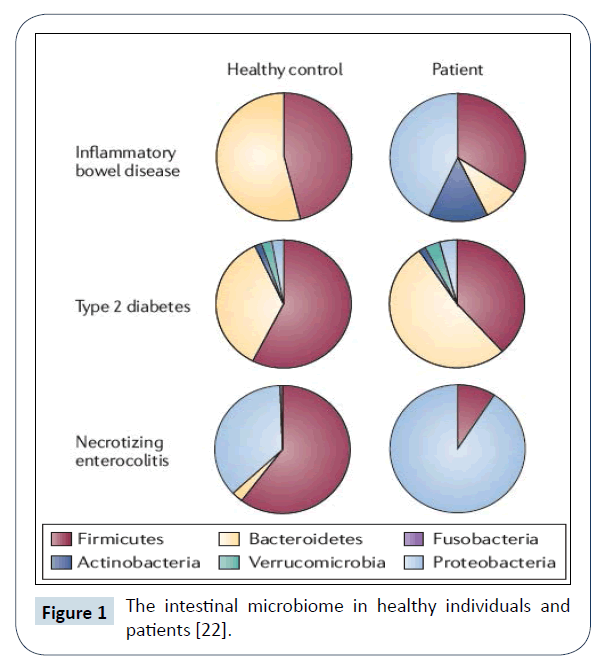 Figure 1: The intestinal microbiome in healthy individuals and patients [22].

The intestinal microbial community represents a microbial ecosystem consisting of a trillion microbial cells with an aggregate 9.9 million microbial genes across the fecal microbiome [5]. While the environment in utero has been considered sterile, DNA-based analyses identified bacterial species in maternal placenta, amniotic fluid and meconium. The colonization of the human gut begins at birth with a rapid expansion of bacterial diversity and is characterized by a successively changing composition that eventually becomes relatively stable in adulthood. Important factors for the composition of the intestinal microbial community are endogenous and exogenous factors. Examples are mode of delivery of the neonates, diet (dietary supplements, breastfeeding, formula-feeding), xenobiotics, including antibiotics and other drugs. Further, infections and exposure to environmental microbial agents are established risk factors for childhood diseases, such as obesity and allergy [6]. Recent evidence further suggests that human genetic variation also influences the abundance of specific members of the intestinal microbial community.

In view of the numerous and diverse physiological functions of the intestinal microbiota in human health (Table 1) it is not surprising that it is also involved in gastrointestinal as well as non-gastrointestinal diseases, such as obesity/metabolic syndrome, and atherosclerosis/cardiovascular as well as neurologic/ psychiatric diseases, making it one of the most dynamic current topics in biomedical research (Table 2). In the following, a few examples will be briefly discussed.

The inflammatory bowel diseases (IBD) in humans include Ulcerative Colitis (UC) and Crohn disease (CD). These are characterized by inflammation limited to the mucosal layer of the colon in UC and the transmural involvement of the gastrointestinal tract, including extra intestinal sites in CD. While the pathogenesis of IBD is not fully understood, it is clear that its pathology depends among others on the intestinal microbial community [7].

The three components-environments, host genetics and the microbial community-interact to maintain homeostasis in the intestine. The disruption of the stability of this interaction may be a trigger for disease development. Two recent publications shed a new light on the pathogenesis of IBD through the change of the intestinal microbial composition involving helminth infection [8] and lipocalin-2 expression [9], respectively.

While donor feces have been shown to be effective for the treatment of recurrent Clostridium difficile infection [10,11], recent randomized controlled trials demonstrated that fecal microbiota transplantation can induce clinical remission and endoscopic improvement in patients with active UC and is associated with distinct microbial changes that relate to outcome [3,12,13]. Fecal microbiota transplantation, therefore, may be a novel therapeutic option for UC and an alternative to standard drug treatment.

Obesity [15], insulin resistance [16] and khwashiorkor [17] are examples for which a correlation between microbial dysbiosis and the clinical state has been demonstrated. Further, in genetically susceptible hosts, the transplantation of fecal microbiota from healthy donors to patients resulted in clinical improvement. The underlying concept is a ‘common ground hypothesis’ that involves a leaky mucosa caused by various endogenous or exogenous factors, and the expansion of opportunistic microbes (dysbiotic pathobionts) which generate pathogenic gene products that can be transferred to genetically susceptible individuals [4]. The intestinal TMAO formation is a two-step process involving the generation of TMA by intestinal microbes after food ingestion and the hepatic conversion of TMA to TMAO by host flavin Monooxygenase. In a recent, study Wang et al. [19] demonstrated that 3,3-dimethyl-1-butanol (DMB), a structural analog of choline, blocks the intestinal TMA formation through the inhibition of the microbial TMA lyase, and results in reduced TMAO levels. Thus, ‘drugging the microbiome’ with DMB may be a novel approach for the prevention/treatment of atherosclerosis (Figure 3). Studies investigating the intestinal microbial-brain communication (gut-brain axis) demonstrate a critical role of the intestinal microbial community in modulating the maturation and function of tissue-resident immune cells in the Central Nervous System (CNS) as well as the activation of peripheral immune cells involved in neuroinflammation, brain injury, autoimmunity and neurogenesis [20]. Germ-free mice raised under sterile conditions or mice depleted of their intestinal microbiota by antibiotics show major alterations in behaviours or neuropathologies that characterize neurodevelopmental, psychiatric and neurodegenerative disorders. These include among others autism spectrum disorders, depression and Alzheimer’s or Parkinson’s disease (Table 2).

An impressive example for a pathogenic role of the intestinal microbial community is Parkinson’s disease (PD). In patients with PD, plaques in brain cells as well as in the intestine containing the neurotoxic protein Alpha-Synuclein (AS) are a hallmark of the disease. For example, in PD patient’s gastric motility is frequently impaired and AS levels in the intestine is elevated. Figure 4: Contribution of short chain fatty acids (SCFA) and fecal transplantation from patients with Parkinson’s disease (PD) to PD pathogenesis and its prevention by elimination of the intestinal microbiota [21].

The underlying concept is the central contribution of the microbial community to a defect of the microglia via short-Chain Fatty Acids (SCFAs) that represent bacterial fermentation products. While germ-free mice showed a reduced microglia, SCFAs modulate microglia and enhance PD pathophysiology [22]. The identification of the disease-causing bacteria and the mechanism leading to the deposition of the neurotoxic AS plaques await further clarification.

Basic biomedical research has made major advances in recent years and holds the promise to increasingly provide individual diagnostic, preventive as well as therapeutic options for patients with inherited or acquired, malignant or non-malignant diseases. In this context the individual microbial community is central for the barrier between microbes and hosts and is involved in a large number of normal biological physiological functions in health, such as for example (Table 1). Importantly, the intestinal microbiome is central in the pathogenesis of numerous common, gastrointestinal as well as non-gastrointestinal diseases, such as obesity/metabolic syndrome, atherosclerosis/thrombosis or neurodevelopmental, psychiatric and neurodegenerative diseases (Table 2). Dietary interventions targeting intestinal microbiota, such as calorie restricted diets rich in fiber and vegetables as well as fecal microbial transplantation are examples for health benefits in humans. In recent years, the intestinal microbiome thus has become one of the most dynamic areas of biomedical research and holds an enormous potential for interventions regarding human health and disease.