Background and aim: The lateral incisor is one of the most commonly associated anterior teeth with being congenitally missing or affected by Microdontia. The purpose of this research was to evaluate the influence of variations in the position, proportion and angulation of lateral incisors on patients’ perception towards an ideal smile.

Methodology: One hundred and ninety eight subjects between 15 and 35 years of age, in Riyadh, Saudi Arabia, were asked to fill out a brief Questionnaire. Thereafter, using the means of a PowerPoint Presentation, the participants were shown a series of photographs of an ideal smile in which the lateral incisors were altered within set parameters. The participants identified which image, within each sequence, was most esthetic in their opinion.

However, patient perception is subjective; a lateral incisor may be perceived as ideal to one group of patients and unesthetic to others. Factors such as gender and ethnicity have been previously studied [4]. This warrants that the dentist be well aware of the patients’ needs to fulfill treatment objectives. A proper discussion between the dentist and the patient is paramount in identifying the patient’s perception to his/her final ideal smile.

The ideal smile for a particular population may not suit another. There have been studies that have shown that the perceptions of the certain components of the smile vary between different populations. There has also been research that suggests that the perception of esthetics by the population is influenced by factors such as cultural influences, portrayal in the media. There is little previous literature on the influence of the position, proportion and angulation of the lateral incisor on patients’ perception of an ideal smile among Saudi patients.

The aim of this research is to evaluate the effect of variations in the position, proportion and angulation of lateral incisors on patients’ perception towards an ideal smile.

Ethical approval for the study was obtained from the research center of the Riyadh Colleges of Dentistry and Pharmacy and the project was assigned the number FIRP/2014/107.

A photograph of an ideal smile was obtained from a female volunteer, accompanied with a signed informed consent. This photo was then modified, using Adobe Photoshop CS5 (Adobe Systems, USA), to meet previously set criteria for an ideal smile, with regards to gingival display, buccal corridor, arch shape and tooth display [3-5].

The software was then used to generate filmstrips of images which successively varied along three parameters, namely:

b) Proportion of the width of the lateral incisor with relation to the central incisor and canine.

These images from each filmstrip were placed sequentially in a PowerPoint Presentation (MS PowerPoint, Microsoft corp. Santa Alta CA) such that each subsequent slide would display one unit change within a set parameter.

Patients living in Riyadh, Saudi Arabia, between the ages of 15 and 35 years with esthetic interests were selected for the study. The demographic data of these participants were collected via a brief Questionnaire. The master PowerPoint presentation was then showcased to them to obtain their perception of an esthetic smile while glancing through the variations made for the lateral incisor along all three parameters of vertical position, horizontal proportion and mesial and distal angulation.

Table 1: Socio-demographic Profile of the population.

When the height of the lateral incisor was assessed it was found that the overall tolerance for variation ranged between 1.1 mm taller and 2.22 mm shorter than the ideal height. Tolerance levels for variation in height were significantly lower for female respondents than that for the male respondents (Table 2).

Table 2: The tolerance of variations of the Height and Width of the Lateral Incisor

Table 3: Tolerance of the sample population for changes in angulation in the lateral incisor.

The lateral incisor forms a key part of the smile and smile perception with authors pointing out that variations in the dimensions of the incisor can influence smile perception [6]. The aim of this study was to test the tolerance limits for a population aged between 15 and 35 years for variations in the several different dimensions of the lateral incisor (Figures 1-3). Figure 1 Sample of the pictures for Variation in Height of the lateral incisors (the pictures were presented to the patients in the form of a power point slideshow with variations of 0.1 mm). Figure 2 Sample of the pictures for Variation in Width of the lateral incisors (the pictures were presented to the patients in the form of a powerpoint slideshow with variations of 0.1 mm). Figure 3 Pictures of the variation in angulation of the lateral incisor.

There have been several methods used to test variation in shapes and sizes of facial and dental proportions. While conventional studies have used sets of pictures that depict variations in size in terms of a graded scale [5,7-9], others have instead opted to use the filmstrip with definite measurements between photographs [10]. In this study we decided to use the filmstrip as it would allow us to develop a quantifiable limit, in both millimeters and degrees, to determine the tolerance of the population towards changes in the vertical and horizontal dimensions, as well as the mesial or distal inclinations of the lateral incisors.

The lateral incisor is a commonly missing permanent tooth and is also a tooth that is frequently associated with Microdontia (peg shaped laterals); making it important for dentists to understand factors influencing patient satisfaction with restorations placed on the tooth [11]. This was the reason that we chose to study the acceptable limits of patient tolerance for changes in height, width and angulation of the lateral incisors.

The width of the lateral incisor is of concern to both orthodontists and restorative dentists [12]. We found that our sample had a mean tolerance of 3.27 mm about an ideal photograph (1.82 mm wider to 1.45 mm narrower). This is an interesting finding as it suggests that restorative dentists who choose to reshape canines as lateral incisors have to greatly reduce the canine before it is acceptable to the average patient. This is in keeping with the findings of Brough et al. who suggest that the dentist who chooses to substitute a lateral incisor with a missing canine should be prepared to make use of camouflaging tools such as shade and depth [13]. The fact that females had a significantly lower tolerance than males, for changes in width of the lateral incisor, is in keeping with several studies on dental esthetics that have shown that females have a higher and more demanding esthetic standard than males [1,6,9,10,14].

The incisal edge forms a critical component of the smile evaluation with most authors agreeing that the ideal lateral incisor should be 2 mm above the occlusal plane. In our study we found that the population had a lower tolerance for variations in height than width. The mean tolerated height, acceptable by the patients, ranged from 1.1 mm taller to 2.22 mm shorter than the ideal picture. Movement towards the occlusal plane was considered unacceptable by most patients. This finding coincides with previously reported findings that suggest that the balance between the vertical dimensions of the central and lateral incisors is critical for a smile to be perceived as esthetic [6,9].

While the results of this study demonstrate that the lateral incisors play an important role in esthetics, it is limited by certain factors such as a relatively small sample size and lack of proportional sampling. Further studies that address these shortcomings are needed to establish clearly the extent to which the lateral incisor’s dimensions and position can alter smile perception in young adults.

The results of this study seem to indicate that the population studied has their own unique preferences and tolerances of the size, position and angulation of the lateral incisor. Within the limitations of this study we can conclude that changes in the dimensions and angulation of the lateral incisor can influence the patients’ perception of their smile. Tolerances for variations from the ideal dimensions vary with gender. 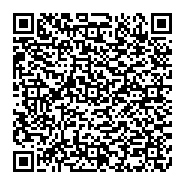