The Hollow Bulb Obturator Fabrication, Where do We Stand in 2017

Copyright: © 2017 Buzayan MM. This is an open-access article distributed under the terms of the Creative Commons Attribution License, which permits unrestricted use, distribution, and reproduction in any medium, provided the original author and source are credited.

Maxillectomy defects can result in oroantral communication that may lead to difficulty in swallowing, deglutition, impaired speech, and not to mention the resultant facial disfigurement. The prosthodontist in addition to the surgeon of course, plays a significant role in restoration and rehabilitation of such defects, as good functional results have been reported for patients provided with obturator prostheses post surgically [1,2].

The Glossary of Prosthodontic Terms de- fines an obturator as “a maxillofacial prosthesis used to close a congenital or acquired tissue opening, primarily of the hard palate and/or contiguous alveolar/soft tissue structures” [3].

The bulb portion, as it obdurate the defect, it must also add up the retention and stability by extending adequately into the defect to achieve a seal [4,5]. On the other hand, more extension increases the weight of the prosthesis and with the gravitational force as a dislodging factor, that is going to be a real issue affects the prosthesis stability hence, the idea of making prosthesis with hollow bulb to make the prosthesis lighter became a crucial matter [4].

Numerous methods and techniques have been introduced and advocated for open/closed hollow bulb obturator fabrication. The open and close hollow bulb types of obturators, both are lightweight prostheses which is easily tolerated by the patient [6-8]. Yet, open hollow bulb obturators have that advantages of accumulating mucous, food, and fluids what lead to bad odour and taste (Figure 1). That necessitates numerous cleanings or a vent adding to eliminate accumulation in the bulb [9].

On the other hand, closed hollow bulb obturators, do not pool moisture and no accumulations of any type, while still extending adequately into the defect and providing more retention and support, various materials have been advocated for bulb fabrication [10]. Some of these materials include lightcured resin, autopolymerising acrylic resin, and silicone rubber [11,12]. Silicone rubber, while advantageous in particular clinical situations, yet, it has porous nature, and poor longterm durability, what necessitates routinely from period to period replacement [7,13]. Another advantageous material is heat-cured acrylic resin, which is still considered one of the most durable and biocompatible materials for fabrication of the obturator [3].

Similarly, McAndrew et al. [9] introduced an investment method for fabrication of a closed hollow bulb obturator. That technique included the use of three sections of a denture processing flask; however, the procedure incurred additional laboratory procedures where multiple flasks were required.

Recently, another technique was introduced to fabricate the closed hollow bulb obturator with added group of advantages, it can be made in one step processing and yet no sealing area at all, therefore reducing laboratory time while maintaining the obturator’s light weight and cleanliness in which the author has built a plaster index to fabricate the bulb from thermoplastic material first then fixed in the defect area, after then, the conventional processing procedure was followed (Figure 2) [23].

Figure 2: A: a plaster index was built up within the defect. B: Two halves of the bulb templates joined at one end before removal of the plaster index. C: Internal hollow bulb portion after being sealed with autopolymerising acrylic resin. D: The metal framework and the internal hollow bulb in position on the cast. E: Frontal view of the finished obturator.

Now, the dentistry has entered new era where is the (3D) virtual treatment planning designing and fabricating of the prosthesis became very common and more handy, and in this era where the CAD-CAM dentistry started to be implicated in the prosthodontics. The thinking behavior in how to do and how to construct started to change. So, the question now is, when we are going to see an obturator that is made completely by the CAD-CAM technology, without the need for sophisticated impression and fabrication techniques. 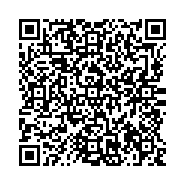