This paper provides an update on the status of alkaline-surfactant flooding technology. It covers the following topics: • Phase behavior of the mixture of soap and surfactant • Synergy of an AS system • Technical screening criteria • Laboratory and simulation work • Summary of AS field projects • Alkali and surfactant used • Study of AS application in heavy oil reservoirs • New development in China • Further discussions The data and analysis presented in this paper will provide readers with updated information about alkaline-surfacant flooding. Survey data will provide operators with reference data for their project design and optimization.

Alkali saponifies the naphthenic acids in crude oil to generate sodium naphthenate (soap) in situ. Some may believe the purpose of adding alkali to surfactant flooding is to generate soap so that the amount of injected surfactant can be reduced. Although generating soap is important, the following mechanisms are probably even more important:

• Reduction in surfactant adsorption because of the high pH from the alkaline injection,

• Improvement of the phase behavior of mixed surfactants of in situ generated soap and injected synthetic surfactant.

Phase Behavior of the Mixture of Soap and Surfactant

are the optimal solubilization ratio of the mixture and surfactant components 1 and 2, respectively. Synergy of an AS System

The synergies are discussed in terms of its effects on phase behavior, IFT, surfactant adsorption, emulsion and wettability.

Overall, the incremental oil recovery from field alkaline projects is low [8]. From the discussion of phase behavior of an AS system in the preceding section, it can be understand that one of the reasons for the low alkaline performance is that the soap microemulsion is not at an optimum salinity. Adding a synthetic surfactant can lead to the optimum type III microemulsion. Therefore, the most important synergy of an AS system is to optimize AS phase behavior. Liu [9] found that adding nonionic surfactant (BD-185) improved the salinity-resistant capability of anionic surfactant petroleum sulfonate (TH-1) in an alkaline-surfacntat solution. Zhou et al. [10] did a similar experimental study.

Liu [11] observed that when 1% sodium carbonate was added to a surfactant system, the salt concentration range for the low IFT region (<10−2 mN/m) is much wider. This synergy makes the AS system more robust in practical applications. Martin [12] attributed such behavior to ionization of the carboxylic acid by alkali. Jackson [13] observed that adding sodium carbonate made a microemulsion to form more quickly. Liu [14] found that such synergy was enhanced when a combination of NaOH and Na2CO3 is used with a surfactant.

In the table, μo is the oil viscosity, So is the oil saturation before ASP, Tr is the reservoir temperature, NC means not critical.

For alkaline-surfactant flooding, one important experiment is to measure alkaline consumption. This is because we need to consider alkaline consumption requirement and optimum salinity requirement for the AS system when we design an AS injection scheme. Like any combination of chemical injection processes, compatibility tests must be done to ensure alkali and surfactant are compatible. We need to run salinity screen tests for surfactants and other fundamental experiments as described by Sheng. The salinity scan tests for surfactants are done at a fixed water-oil ratio (generally one). As discussed earlier, different water-oil ratios will generate different amount of soap. Soap phase behavior like optimum salinity is different from the surfactants. Then different water-oil ratios will require different optimum salinity requirement. After surfactant scan is passed, we need to repeat the salinity scan tests at different water-oil ratios to ensure the mixture of soap and surfactant will perform at desirable or acceptable conditions. Such experiment is called oil scan. The oil scan test results are generally presented in the called activity map like (Figure 1). A detailed description of these tests are described in Sheng [25]. At the end, coreflood tests are needed to see whether a selected AS formula will produce significant incremental oil recovery. Simulation of surfactant flooding using UTCHEM is relatively easier. The main challenge to simulate AS flooding is to simulate alkaline flooding which is very tedious in UTCHEM. A detailed description of alkaline flooding is provided in Sheng [25,26] described how to simulate AS phase behavior, and simulation results were analyzed. More sensitivity results of AS parameters are presented in Sheng. The status of general chemical EOR simulation and issues are discussed in Sheng [27].

Summary of AS Field Projects

Study of AS Application in Heavy Oil Reservoirs

One of the important alkaline flooding mechanisms is emulsion flooding Johnson et al. [30]. As the interfacial tension at the emulsion interface becomes smaller, the stability of emulsion is increased. Adding surfactants in alkaline solution helps to reduce the interfacial tension. Also, heavy oils generally have a high content of acid components. Thus relatively high amount of surfactant (called soap) can be generated by the alkali-crude oil reaction. Emulsions could be either water-in-oil (W/O) type, oilin- water (O/W) type or the mixture. O/W emulsification converts viscous heavy oil into a low viscosity water-continuous emulsion. This mechanism is advocated by some authors, e.g., McAuliffe [31], Jennings et al. [32], Liu et al. [33]. O/W emulsions were only observed in a few coreflood cases, probably the oil drops coalesce into an oil bank Liu et al [34]. Bryan and Kantzas [35],observed that the mechanism of emulsification and entrainment of O/W emulsions is not efficient in recovering oil; the dominant mechanism is emulsification and entrapment. W/O emulsions are more viscous than the constituent heavy oil phase resulting a favorable mobility ratio, as supported by Wang et al. [36]. It is more likely that W/O emulsions are formed in heavy oil because of high viscosity of oil and in oil-wet conditions Bryan [37]. Both types of emulsions improve the mobility ratio by altering the effective viscosity of either the oil or the injected phase. The results from Bryan and Kantzas [35,38] have suggested that the fluid re-distribution and diversion in the porous medium is more important than the change in fluid properties to improve oil recovery. Bryan and Kantzas [39] concluded that both types of emulsions have the same oil recovery mechanism which is blocking off water channels and thus improving sweep efficiency. To make this water-blocking mechanism work effectively, the injection rate or pressure gradient should be kept low. Kumar et al. [40] studies the emulsion behavior of oil-brine-surfactants and evaluated the selected AS solution in sand packs in thin steel tubes. Relatively hydrophilic surfactants were added to form oilin- water emulsions at a low concentration in the presence of sodium carbonate. The viscosity of oil-in-water (O/W) emulsions was low compared to the oil viscosity. The incremental oil recovery factor over waterflooding was 25-40% OOIP. The oil viscosity was about 10,000 cP. Subsequently, Kumar and Mohanty [41] conducted AS flooding in a water-wet 5-spot 2D sand pack. The main mechanism was that the O/W emulsion phase fingered into the heavy oil phase. They advocated O/W emulsions.

Several laboratory studies were also conducted in China to explore AS applications in heavy oil reservoirs [34,42-45]. Xong et al. [42] found that the air permeabilities from 50 core measurements were reduced after AS flooding, indicating AS caused formation damage.

It has been observed that during an alkaline-surfactant-polymer flooding, the injection pressure becomes too high, as a result, the injectivity is decreased; and the chemical cost is high. To make more effective use of polymer benefit to improve sweep efficiency and alkali-surfactant benefit to improve displacement efficiency, alternating injection of alkaline-surfactant and polymer was proposed in China by Li [46]. Here is a field test in Daqing. The test area was 2.02 km2, and the pore volume (PV) was 5,284,690 m3. The formation net pay was 12.2 m, and the permeability was 624 m. There were 28 injectors and 40 producers. The following were the main events:

A laboratory study showed that the chemical cost of AS alternating P was reduced by 22.57% compared with ASP to reach a similar oil recovery. The following have been observed from the field test compared with ASP zones.

Apparently, for chemical EOR methods, many individual chemical methods have been tested or implemented in field. See the published survey papers for alkaline flooding by Sheng [24], surfactant flooding by Sheng [8], especially polymer flooding. For the research, alkaline-surfactant-polymer flooding was focused in the past years Sheng [27]. Not many projects were based on any combinations of two chemical methods like AS. For the AS flooding, most important mechanism may be the emulsion mechanisms to improve sweep efficiency, based on the most important synergy of improved phase behavior of an AS system. Recent research effort has been made to explore the AS applications in heavy oil reservoirs. 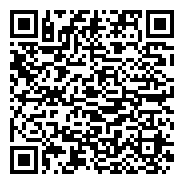