Methods: This work was conducted on 50 children and adolescents with Systemic Lupus Erythematosis (SLE). Their mean disease duration ranged from 0.5-10 years. SLE disease activity was studied using SLEDAI score. They were compared with 30 ages and sex matched healthy children as controls. Their sleep patterns were evaluated by a pediatric sleep quality assessment questionnaire and by polysomnography (PSG).

Results: The sleep quality questionnaire showed disordered sleep patterns in patients when compared to controls, which were presented as limb pains at extremities, difficulty in morning arousal, awakening during night and prolonged day time sleepiness. PSG data revealed significant differences between the patients and controls in form of less slow wave sleep percent (SWS%), more sleep disordered breathing evidenced by respiratory disturbance index (RDI), periodic limb movement disorders (PLMD) and arousal index in children with SLE when compared with controls (P<0.005). There was a significant positive correlation between difficult arousal at morning and sleepiness during day time and SLEDAI of the studied patients.

Conclusion: Marked abnormal sleep architecture were reported in children with SLE as evidenced by findings of sleep assessment questionnaire and PSG. Respiratory and movement disorders were the most frequent.

Disturbances of sleep are commonly encountered but poorly documented in adult patients with SLE [2].

A higher prevalence of sleep disturbances has been reported in other rheumatic diseases, such as rheumatoid arthritis and Sjogren’s syndrome [3-6].

The impacts of sleep abnormalities on quality of life may be attributed either to disruption of sleep, difficulties in start of sleep onset or difficulties in maintaining sleep. There are few publications concerning sleep disorders in SLE. McKinley et al., who assessed sleep quantity and quality through a nonstandardized sleep questionnaire, found that the sleep disruption reported by the SLE patients had a significant and strong effect on fatigue level and that the effects of disease activity on fatigue were mediated primarily by sleep disruption rather than by depressive mood of patients [7].

The aim of this work was to assess objective and subjective evidences of sleep disorders in jSLE and to detect whether there was relation between active lupus nephritis and sleep disturbances in pediatric patients.

This study was prospective case-control study carried out in the period from August 2016 to August 2017 after approval from the research ethical committee of the faculties of Medicine of Tanta University and informed written or verbal consents from parents of included patients on 50 Lupus patients with ages ranged from 10-18 years who were selected from outpatient clinic and inpatient wards of Pediatric Nephrology Unit of Pediatric Department of Tanta University Hospital who fulfilled the revised criteria of American College of Rheumatology (ACR) for diagnosis of SLE [8,9].

All children and adolescents of both sexes with SLE fulfilled the revised criteria of ACR for diagnosis after 6 months of disease onset.

Children less than 10 years of age, as they could not reliably comprehend the sleep quality assessment questionnaire.

All patients were subjected to

4. Renal biopsy: The renal biopsy was done retrospectively for all cases to determine the severity of Lupus Nephritis (LN). The pathologic changes present on kidney biopsy help guide treatment decisions and may be predictive of long-term kidney survival; the histological findings are graded using the International Society of Nephrology/ Renal Pathology Society (ISN/RPS) Classification. Class I and II used for purely mesangial involvement (I, mesangial immune deposits without mesangial hypercellularity; II, mesangial immune deposits with mesangial hypercellularity), class III for focal glomerulonephritis (involving<50% of total number of glomeruli) with subdivisions for active and sclerotic lesions; class IV for diffuse glomerulonephritis (involving>or=50% of total number of glomeruli) either with segmental (class IV-S) or global (class IV-G) involvement, and also with subdivisions for active and sclerotic lesions; class V for membranous lupus nephritis; and class VI for advanced sclerosing lesions [14-16].

5. Validated pediatric sleep quality assessment questionnaire: This was a subjective method to evaluate quality of sleep by taking detailed history about complaints of children or adolescents during sleep. It fulfilled the following items: Onset of delayed sleep, awakening during night time, difficulty to get back to sleep after awakening, difficult arousal in the morning, sleepiness during day time, pain at limbs and snoring. Sleep room characters were also studied [17].

Blindly to the demographic and clinical characteristics of the studied children, Data was completed, processed and scored following identical procedures. The American Sleep Disorders Association criteria defined arousals by noticing three seconds of wake EEG. which was defined as at least one 30-second epoch of wakefulness scored after sleep onset [19]. Respiratory movements were monitored using piezoelectric bands for thoracic and abdominal effort. Complete cessation of respiration more than ten seconds was identified as central apnea while obstructive apnea was cessation of oronasal airflow was monitored by a 4-lead thermistor system for at least 10 seconds, despite persistent respiratory effort. Hypopnea was defined as reduction of respiratory airflow from a third to a half of normal value for age. 18 Sleep disordered breathing (SDB) was diagnosed if the respiratory disturbance index (RD I) which was the total number of apnea and hypopnea per hour of sleep was more than five per hour of sleep. 18 Periodic limb movements (PLMs) were scored according to Coleman’s criteria. 20 A movement was scored when it occurred as part of a series of 4 consecutive movements that were separated by at least 4, but not more than 90, seconds with a duration of 0.5–5 seconds. PLMs disorders (PLMD) were diagnosed if the PLM index (PLMI) exceeded five per hour of sleep.18 Quantitative evaluation of sleep stages was made visually according to conventional Rechtschaffen and Kales 21 criteria with 30 second epochs for rapid eye movement (REM) and non-REM sleep. Oxygen saturation (SaO2) was recorded with a pulse oximeter (BCI, Waukesha, WI). All recordings were made at an emulated paper speed of 10 mm/second. Correlations between the subjective (pediatric sleep quality assessment questionnaire) and the objective findings (PSG) were statistically analysed. Also, correlation between sleep disorders and disease activity was calculated.

The statistical significance between the studied groups as regard demographic, laboratory and PSG data were expressed as mean ± SD, and were tested using a 2-sample student t-test. The statistical significance between the group studied as regard sex distribution and subjective data obtained by the sleep quality questionnaire were expressed in number of patients and percentage and were tested using the chi square test (X2 test). P value was considered significant if<0.05.

Mann-Whitney Test as used for comparing between median of Anti-ds DNA of the studied groups.

There was insignificant difference between studied patients and controls as regard age and sex as shown in Table 1.

All clinical manifestations of SLE were significantly higher in active LN patients than in inactive SLE patients except for CNS manifestations which were present only in 7 (14%)of active patients but didn't show statistically significant difference as shown in Table 1.

Renal biopsy in SLE children patients with active LN according to the International Society of Nephrology (ISN) lupus nephritis grading system. were shown in Table 2, ISN Classes (50%) and III (30%) were the commonest findings.

Table 3: Polysomnography data in the hemodialysis and the control groups.

No significant differences between 2 studied groups as regard the prevalence of snoring and day time naps. In addition, there was also a significantly higher need for hypnotic medications in the active LN group when compared to the inactive group.

Table 3 compared between the studied patients and controls as regard the overnight PSG measurements as objective parameters. There was significant increase in values of sleep efficacy (%) and arousal index in group 1 than in group 2 (P<0.05).

There was a significant decrease in slow wave sleep (SWS) value in the group 1when compared to group 2 (P=0.043).

As regard correlation between subjective and objective methods of sleep assessment, there was a significant positive correlation between ‘restless legs’ as a feeling of crawling, aching, inability to keep legs still and the PLMI (r=0.593 and P=0.05) (Figure 1). 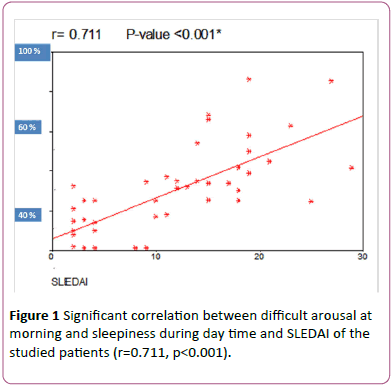 Figure 1: Significant correlation between difficult arousal at morning and sleepiness during day time and SLEDAI of the studied patients (r=0.711, p<0.001).

The overall quality of life of children and adolescents with SLE was markedly affected by the disturbances of sleep patterns.

There are few publications which had evaluated architecture of sleep in pediatric patients with SLE using subjective or objective methods e.g. PSG.

Our Pediatric Nephrology Units in the 3 involved Universities are highly specified in managing of lupus nephritis so children and adolescents were recruited from different locations region including Gharbia, Fayoum, Sharkia, Kafr El-Sheik, Menoufia and Behira Governates. Thus, our data represents different areas of middle Egypt.

This work aimed to report subjective evidences of disordered sleep patterns in children and adolescents with SLE using pediatric sleep quality questionnaire as compared to the control group.

This was confirmed by objective evidences of disturbed sleep architecture noticed in the SLE group on analysis of data of PSG.

In our study, the SLE patients were sleepier during the day than the healthy control group and reported having problems due to the sleepiness and fatigue.

In the present study, symptoms of sleep disturbances were more frequent in Active LN group when compared with Inactive SLE patients.

The high prevalence of sleep disturbances in our study is similar to that reported in previous studies among adults with SLE.

In this study, there was statistically significant increase in behavioural sleep problems (awakenings during night, sharing of sleeping room and using hypnotic medication) among children with active lupus nephritis as compared to other groups (P=0.002, 0.017 and 0.03 respectively).

In this work, Restless legs symptoms were detected in 11 (22%) of the studied children with Active LN group and only in 3 (10%) of inactive SLE group. A primary sleep disorder such as restless legs syndrome may be the presenting feature of SLE.

The paediatrician should be aware that a complain of arthralgia might be attributed to the SLE disease itself or the presence of a concomitant rheumatological disease such as fibromyalgia. The latter had from one quarter to a half comorbidity incidence of occurrence with SLE patients as mixed connective tissue disease [26].

We reported excessive sleepiness during day time in 21 (42%) of the studied children with active LN versus only 3 (10%) of inactive SLE group.

Our findings are consistent with those of previous studies among children with CKD [27-29].

PSG as a diagnostic tool for sleep patterns in children was more informative than sleep questionnaire especially for PLMD, RDI and sleep staging. This study documented objectively assessed, polysomnographically measured sleep disorders and reported sleep disturbances in patients having active LN without secondary concomitant fibromyalgia (which was a common association in previous adult studies).

In our study, there was significant increase in the objective criteria for movement disorder during sleep evidenced by higher mean of PLMI in the studied patients with active LN when compared to inactive lupus patients (p<0.006). This finding increased the complexity of evaluating the complaint of leg pain in patients with SLE.

In previous studies, it was known that patients with obstructive sleep apnea may complain of restlessness and had agitated behaviour with gross movements which ranged from simple movements of the extremities, including typical periodic leg movements to greater movements of the arms and legs that cause unwitting slaps or kicks to the bed partner. To this extent, it is possible that in some of the patients, the movement alterations might be related to alterations in respiration. Treatment of breathing disorders could rule out this possibility.

Different mechanism was postulated to explain the presence of primary sleep disorders in patients with initial stages of CKD as active LN. They included psychosocial factors, low production of melatonin and circadian rhythm disruption [30].

There is high incidence of sleep disorders in pediatric patients with SLE. The most frequent were respiratory presented with some breathing alterations and movement disorders e.g. PLMD. 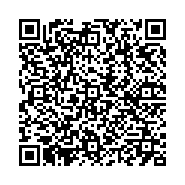