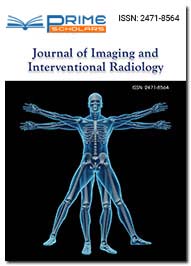 Visit for more related articles at Imaging in Interventional Radiology

We present a case of hepatocellular carcinoma underwent transarterial chemoembolization using drug eluting beads loaded with doxorubicin, the procedure was complicated by tumor rupture with perihepatic hematoma, hemoperitoneum and hemodynamic instability that warranted endovascular intervention and embolization of a segmental branch of the left hepatic artery.

A 77-year-old man had multiple comorbidities including chronic lymphocytic leukemia (CLL), systemic hypertension, diabetes mellitus, atrial fibrillation, neutropenia, and acute kidney injury on top of chronic renal disease. On a follow-up non-contrast computed tomography (CT) scan for the CLL, an abnormality was depicted within the left hepatic lobe. However, characterization of this abnormality was limited by the lack of contrast. Magnetic resonance imaging with contrast revealed a large (about 9 × 7 cm) subscapular partially exophytic left hepatic tumor involving segments II and III with an enhancement pattern suspicious for HCC (Figure 1). A diagnosis of HCC was confirmed by percutaneous biopsy. After the case was reviewed by a multidisciplinary tumor board, the patient was referred to the interventional radiology department for transarterial embolization, as he was not considered a candidate for surgery.

Using a right femoral artery access, a digital subtraction angiogram of the celiac artery demonstrated no anatomic variants and a patent portal vein. With the use of a coaxial technique, a microcatheter was advanced to the proper hepatic artery, and digital subtraction angiography was again performed. It revealed a large dominant lesion involving the left hepatic lobe with multiple small enhancing lesions scattered within the right hepatic lobe (Figure 2). With the tip of the microcatheter in the proper hepatic artery, intraprocedural transarterial contrast- enhanced CT was performed to better delineate the lesion and its vascular supply (Figure 3). The decision was to proceed with TACE using doxorubicin to treat the dominant left hepatic lobe, to be later followed by radioembolization (yttrium-90) of the multiple right hepatic satellite lesions.

Reviewing the CT images on a dedicated workstation revealed that the left hepatic lesion was supplied by both segment II and III arterial branches arising from the left hepatic artery (Figure 4). The segment III vessel was selectively catheterized, and 75-μm LC Beads loaded with 150 mg of doxorubicin were delivered. A post- embolization angiogram demonstrated the residual tumor blush from the non-embolized segment II branch, in addition to the multiple small right hepatic lesions. The patient was transferred to the recovery area in a stable condition. After 3 hours of recovery, the patient decided to go home rather than stay overnight in the hospital for monitoring and pain control.

Ten hours after discharge, the patient developed diffuse abdominal pain and swelling and presented to our emergency center. On examination, the patient had pallor with low blood pressure, 78/43 mmHg, associated with abdominal tenderness, gardening, and a hemoglobin level of 8.8 g/dL, which had been 11.5 g/dL before the procedure. Intravenous fluids and two units of blood were administered in the emergency center to stabilize the patient. A non-contrast CT scan revealed perihepatic and free pelvic fluid consistent with intraperitoneal bleeding due to ruptured HCC (Figure 5).

Figure 5: A 77-year-old man, Non-contrast computed tomography scan of the abdomen and pelvis. Axial images (A) and (B) showing perihepatic hematoma and free hemorrhagic ascites in the pelvis, consistent with ruptured hepatocellular carcinoma following transarterial chemoembolization.

The patient was transferred to the interventional radiology suite for emergent angiography and embolization. Multiple selective angiograms of the celiac, proper hepatic, and left hepatic arteries were obtained. None of the angiograms revealed any evidence of active bleeding (Figure 6). Empiric embolization of the segment III artery (the dominant tumor vascular supply) was performed using gelfoam slurry. The procedure was uneventful. The patient was transferred to the intensive care unit in a hemodynamic stable condition for 48 hours before being discharged home in a stable condition.

In patients with HCC, spontaneous tumor rupture is the third most common cause of death, after progression of the tumor and hepatic failure [2,3], owing to intraperitoneal hemorrhage and hypovolemic shock associated with the rupture. This condition usually requires emergent intervention, either transarterial embolization or surgical resection [3-5].

The Society of Interventional Radiology (SIR) defines a major complication following TACE or transarterial embolization (TAE) as any complication requires hospital admission for treatment, unplanned upgrading of the level of care, extended hospitalization, permanent adverse sequelae, or leading to death. Tumor rupture following TACE/TAE is very rare, yet is a life-threatening complication requiring early diagnosis and management to decrease mortality [6].

Tu et al. published a retrospective study of 1120 patients who underwent 2863 TACE/TAE procedures to determine the incidence of major complications (according to the SIR criteria). The authors identified 24 patients who developed major complications with an incidence per patient of 2.1% (24/1120) and an incidence per procedure of 0.84% (24/2863). Among these 24 cases, six cases had tumor rupture, with an incidence per procedure of 0.21% (6/2863). The six cases with tumor rupture were managed as follows: four cases were treated conservatively (two of the patients recovered completely, and two patients died), and the other two patients completely recovered after emergent intervention and embolization [6].

Battula et al. published a retrospective study of 294 patients who underwent 530 TACE procedures. Two of these patients suffered tumor rupture, with an incidence per patient of 0.68% and an incidence per procedure of 0.38%. One of the two patients died from intraperitoneal hemorrhage and hypovolemic shock, and the other patient recovered after emergent laparotomy and hepatic resection [7].

A small case series published by Jia et al. included six patients who underwent TACE and experienced tumor rupture; two cases required emergent embolization while four cases were managed conservatively, and all six patients recovered completely [8]. In addition, Nishida et al. recorded a case report of HCC rupture following TACE of a multifocal tumor. The rupture occurred on the 15th day after the procedure and involved a large subscapular lesion within the left lobe. The patient was treated conservatively, and later he developed abscess within in the ruptured tumor that was treated by systemic antibiotics. The patient survived for 3 more weeks before being admitted with upper gastrointestinal bleeding and hypovolemic shock due to gastric infiltration by the ruptured HCC, which was managed by emergent upper gastrointestinal endoscopy [9].

In our review of the literature, common risk factors for tumor rupture following TACE/TAE included large tumor size (>10 cm), subscapular location, exophytic lesion, left lobe lesion, and total embolization of the main tumor vascular supply. In our case, all these risk factors were present and likely contributed to the tumor rupture.

Different theories have been suggested to explain the mechanism of tumor rupture following TACE/TAE. Nishida et al. hypothesized that tumor rupture may be secondary to increased intra-tumoral pressure caused by internal necrosis after embolization of the feeding artery with subsequent fragility of the tumor tissue and wall. These changes can be maximized when complete embolization of the feeding artery is achieved [9]. Zhu et al. theorized that tumor rupture is due to degradation of the elastin and collagen fibers by the inflammatory mediators released owing to necrosis and vascular injury caused by the injected chemotherapeutic agent [10].

HCC rupture following TACE/TAE is a rare, life-threatening complication that should be suspected in lesions with risk factors for tumor rupture, particularly large subscapular exophytic lesions involving the left hepatic lobe. Emergent diagnosis and management of the condition is required to avoid adverse outcomes and increased mortality.