Patients and methods: Retrospective data were collected on 34 patients with isolated total anomalous pulmonary venous connection seen from 1990 to 2015. The median age at time of repair was 36 days (range, 1 to 2520 days) with median weight of 3.465 kg (range, 1.4 to 20.7 kg). Pulmonary venous obstruction, reintervention, associated factors for mortality and overall mortality were recorded and analyzed.

Total anomalous pulmonary venous connection (TAPVC) is a rare congenital heart disease that occurs in only 1% to 3% of children with congenital cardiac anomaly [1,2]. After birth, these patients usually develop progressive pulmonary congestion and heart failure sign due to pulmonary venous return flow obstruction and inadequate cardiac output [3]. Surgical correction is needed after correct diagnosis. Without surgical correction, the prognosis is extremely poor, with a mortality of 80% during infancy [3,4]. In several previous studies, there were many different risk factors for the mortality of TAPVC patients. In light of the variability in risk factors, retrospective evaluation of all patients undergoing repair at National Cheng Kung University Hospital from 1990 to 2015 was done. The purpose of our study was to identify the possible risk factors associated with increased mortality and morbidity.

All patients with a diagnosis of TAPVC were identified from the database of National Cheng Kung University Hospital during 1990 to 2015. Only cases of isolated TAPVC were enrolled. Those with minor associated defects such as atrial septal defect and/or a patent ductus arteriosus were included. However, patients with important concomitant cardiac defects, including single ventricle, atrial isomerism, transposition of the great vessels, and/or hypoplastic left ventricle, were excluded from our study. Only patients who underwent surgical repair and follow-up at our hospital were included. The diagnosis was made by echocardiogram, cardiac catheterization or both. The echocardiographic or catheterization values were extracted from diagnostic reports.

PVO was considered present if Doppler examination measured a pressure gradient along anywhere the vessel of pulmonary venous flow >5 mmHg. Surgical mortality was defined as death within 30 days of surgery or during primary hospitalization. Reintervention was defined as any operation performed secondary to recurrent pulmonary venous obstruction. Demographic and morphological characteristics at initial presentation are shown in Table 1. Data were abstracted by the review of clinical records and diagnostic reports obtained from the time of the initial admission to the last available follow-up. Median follow-up time was 3.38 years (minimum, 1 days; maximum 20 years) from repair, with 15 having >1 year of follow-up, and was available for 18 survivors. 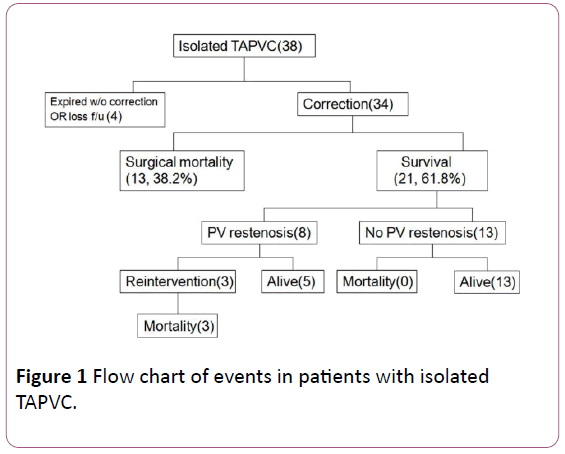 Figure 1: Flow chart of events in patients with isolated TAPVC. 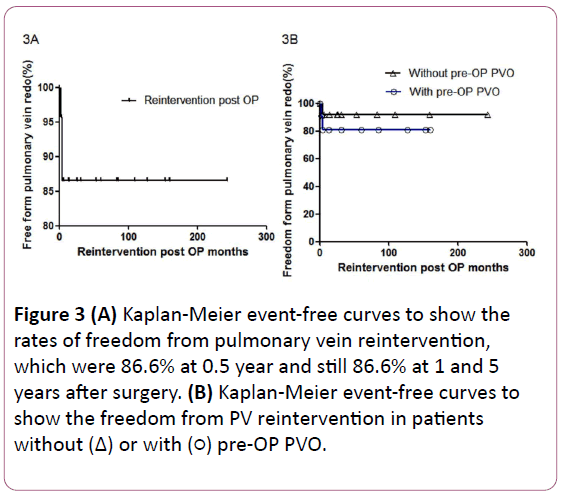 Figure 4: Kaplan-Meier event-free curves to show the overall survival in patients with or without preoperative PVO, with p=0.0047<0.05.

Figure 1 shows the clinical results of the patient seen at our hospital. Of the 38 patients, 4 patients were excluded due to no operation in our hospital or loss to follow-up. Among the remaining 34 patients, 13 patients had surgical mortality after the surgical repair or during the first hospitalization. The overall surgical mortality was 38.2%. There were three patients (14.3% of surgical survivors) who required surgical reintervention for pulmonary venous obstruction after primary repair. However, these patients had surgical reintervention for PVO but all expired after surgery. The survival rate after first surgery was 61.8%. The overall survival rate during follow-up in our study was 52.9%.

Preoperative pulmonary venous obstruction was noted to be most associated with mortality. The mortality rate was 66.7% in the group with preoperative PVO but 15.3% in the group without preoperative PVO. This finding was statistically significant (p=0.0052, Table 2). The surgical mortality was 45.5% (5/11) before 2000 and 21.7% (5/23) after 2000, but no statistically significant difference was noted(p=0.2318).

The rates of freedom from PV restenosis decreased rapidly within the five post-operative year and remained stable in the subsequent years. Among patients with PV restenosis, three had symptoms of significant heart failure and required PV surgical reintervention to relieve PV stenosis. These three patients’ pulmonary venous flow to LA pressure gradients were 6, 26 and 38.2 mmHg, respectively. The Figure 2B show higher rates of freedom from PV restenosis in patients without preoperative PVO, but no significant difference was identified statistically.

When including late mortality within the statistical analysis of investigated variables, we found several statistically significant correlations (Table 2). Besides preoperative pulmonary venous obstruction, these associated risk factors were as follows: pre-OP ventilator FiO2, pre-OP inotropics use, post-OP ventilator FiO2, post-OP epinephrine use, post-OP restenosis and emergent repair. Simple cox regression analysis also showed that these associated factors mentioned above were the significant predictor for the mortality of TAPVC patients (Tables 3 and 4).

The natural course of TAPVC without surgical treatment is frequently progressive heart failure, which is associated with >80% mortality in the first year of life after surgery [3]. Surgical correction is needed after the diagnosis is confirmed. Improvement in surgical technique, early diagnosis and well post-operative patient care have led to improved results of TAPVC correction patient.

There are four types of TAPVC including supracardiac, coronary sinus, infracardiac and mixed type. In our series, supracardiac and coronary sinus type account for about 82% cases. Several studies have analyzed the relationships between mortality and type of TAPVC. In our studies, we find no association between the type of TAPVC and mortality (p=0.73, Table 3). But previous associated studies showed no consistent results [7]. The impact of connection type remains controversial [5-8].

Preoperative pulmonary vein obstruction was reported about 20% to 60% of TAPVC patient [1,2]. The preoperative PVO can be diagnosed by echocardiography with fair sensitivity and specificity [9]. In our series, preoperative PVO was present in 61.8% of patients. Supra-cardiac type had the highest rate (71.4%). Preoperative PVO was found to be associated with overall mortality (p =0.02<0.05, by simple Cox regression, Table 3).

Younger age at repair was noted to be a risk factor for mortality of TAPVC patients in a previous study [1,11]. In early report, Wukasch et al. state that surgical treatment should be delayed until at least 6 months of age [12]. However, Lupinetti et al. found that operative treatment can be performed on TAPVC patients in infancy with low mortality [13]. We also noted that age at the time of surgery is not a risk factor for mortality of TAPVC patient (p=0.2699, Table 2). In our studies, better outcomes were found among patients who had early surgical correction. However, previous studies showed no consistent results [1,11,12].

In our series, we state that low body weight (<3% for a given age) is a protective factor (p=0.0051<0.05, Table 2). Low body weight at repair is not a risk factor for mortality, and such observation has also been described in other reports [4,14,15]. In our series, surgery was performed as soon as possible after diagnosis was confirmed, regardless of body weight and age.

Among the 34 TAPVC correction surgery in our hospital, 13 surgeries were performed under emergent conditions. An operation was classified as emergent if the patient was taken to the operating room within 24 hours after arriving at our hospital due to hemodynamic or ventilation compromise.

In our series, emergent surgery is a risk factor for mortality (p=0.004, Table 3). After arriving our hospital, we found most of these patients was unstable and need higher ventilator setting and inotropic agent support. Then, we recorded the associated data and analyzed them. We found higher ventilator FiO2 and pre-operative inotropic use were risk factors for mortality of TAPVC. We noted that lower initial SpO2 when arriving at our hospital was also a risk factor for mortality after TAPVC. We put these risk factors to simple Cox regression analysis and noted a significant correlation (p=0.002, Table 3). In previous studies, low cardiac output syndrome was also reported as the main causes of early postoperative death [14,16-18].

In a previous study, patients who had restenosis later presented with significant heart failure and required reintervention within 6 months post-operatively [13]. These three patients of our study also had pulmonary vein restenosis episodes within six months, and all died after surgical reintervention.

In our study, post-operative pulmonary restenosis is also a significant risk factor for the mortality of TAPVC patients. We analyzed the associated factors by simple Cox regression. The results revealed that post-operative restenosis was also a significant risk factor for mortality (p=0.01, Table 4). However, we noted that initial SpO2 of patients when arriving our hospital is a protective factor. Higher SpO2 of patient initially had lower rates of post-operative stenosis (Table 4).

There were only 34 cases enrolled in our study from 1990 to 2015. Multivariate analysis was limited by small sample size and thus produces a clear limitation of the study power.

Although overall mortality decreased over time in isolated TAPVC patients, there were still a considerable number of mortality cases among this patient population. Overall mortality in our series was 47.1%. Preoperative pulmonary venous obstruction is an obvious risk factor. Besides, TAPVC correction surgery under emergent condition is also an important risk factor. A greater need for ventilator support and inotropic agent use before or after TAPVC correction are considered risk factors in our studies. Patients with obvious heart failure sign may be associated with the risk factors mentioned above. Pulmonary vein restenosis after repair of TAPVC also contribute to higher mortality rate. Low body weight and younger age at repair were not risk factors. However, low body weight was a protective factor. Surgical correction should be done as soon as possible regardless of body weight and age. 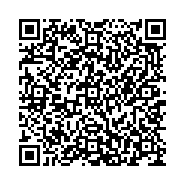