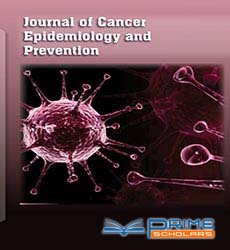 Background: Disparities in the enrollment of minorities and elderly in cancer clinical trials have been reported in large national studies. We studied patient enrollment in clinical trials at William Beaumont Hospital for the years 2002 to 2013.

Methods: We obtained data on patient enrollment in cancer clinical trials for the time period of 2002 to 2013 from William Beaumont Hospital Community Clinical Oncology Program and Cancer Clinical Trials Office. We acquired data on cancer incidence at William Beaumont Hospital for the years 2002 to 2013 from the Beaumont Cancer Registry. Enrollment rate was calculated as the ratio of trial enrollment to the cancer incidence for different races and ethnicities, age groups and genders.

Conclusions: The overall enrollment rate remains low. Enrollment rates were low, but similar for both white and minority patients. Increasing availability and access to clinical trials should increase enrollment rates for all patients. More efforts are needed to address the significantly low enrollment rates in all groups of patients, especially those over the age of 65 years.

Cancer is one of the leading causes of death worldwide. In 2016, it is estimated that 1,685,210 new cases of cancer will be diagnosed in the US and 595,690 people will succumb to their disease [1]. Cancer is the second most common cause of death in the United States, behind only coronary artery disease, and accounts for nearly 1 in 4 deaths [1]. In the US, cancer related deaths have declined overall from 2003 to 2012 by 1.8% per year among men and 1.4% per year among women [2]. However, certain ethnic and racial groups continue to suffer from a disproportionately higher incidence of cancer and have significantly worse outcomes. African American men, for instance, have a higher incidence of prostate cancer as well as higher risk of dying from their disease [3]. African American women have a higher incidence of triple negative breast cancer compared to other racial and ethnic groups [3]. A higher incidence of liver cancer has been found in Asian and Pacific Islander populations [2]. It is critical to have adequate representation of minorities in clinical trials in order to better understand disease biology and optimize treatment options. Unfortunately, several studies have shown that minorities are under-represented in cancer clinical trials [4-6]. The objectives of our study were to evaluate the enrollment of minorities and the elderly in our clinical trials and use this information to formulate an action plan to address any disparities [5].

We obtained Institutional Review Board (IRB) approval for this study. We acquired data on patient enrollment in cancer treatment clinical trials from the Community Clinical Oncology Program (CCOP) and the Cancer Clinical Trials Office (CCTO) at William Beaumont Hospital for the years 2002 to 2013. We collected data on patient demographics including race/ethnicity, age, gender, type of clinical trial and disease site. Patients under 18 years of age were excluded. Data on cancer incidence was obtained from the Beaumont Cancer Registry for the years 2002 to 2013. Enrollment in cancer trials was examined for 4 major cancer types: colorectal, lung, breast and prostate. We assigned patients into 1 of 6 mutually exclusive racial/ethnicity categories: White, Black, Hispanic, Asian, Native Hawaiian and American Indian.

Table 1: Cancer incidence and accrual data in cancer clinical trials at Beaumont Health System (2002-2013) based on race, age and gender.

Table 2: Cancer incidence and accrual data in cancer clinical trials at Beaumont HealthSystem (2002-2013), based on race, age and gender.

In our study, we found that the overall enrollment rate in cancer treatment clinical trials was only 3.5%. This is similar to the low enrollment rates of less than 5% noted in other large studies [4-7]. The enrollment rate for women (5.4%) was significantly higher than that of men (1.2%) Though women represented 54% of patients diagnosed with cancer, they accounted for over 80% of the enrolees in our cancer treatment trials. There is a preponderance of breast cancer trials at our institution and this accounted for the significantly higher proportion of women enrolled in cancer clinical trials in our institution, compared to men. In our study, 11% of patients diagnosed with cancer and 10% of enrolees in cancer clinical trials belonged to a minority subgroup. Our catchment area includes the densely-populated Oakland, Macomb and Wayne counties, that centre around the city of Detroit in south-eastern Michigan and account for 40% of Michigan’s population. In addition, we also serve Lenawee, Monroe, Washtenaw, Livingston, Genessee, Lapeer and St Clair counties. Although Detroit’s suburbs are predominantly white, nearby urban and suburban communities exist that have diverse racial and ethnic populations in proximity (within a 30-minute drive or less) to our hospitals. Our overall catchment area includes a minority population of 19%. 12.8% of the population in our overall catchment area is African American, 2.3% is Hispanic, 2.4% is Asian, 0.2% is American Indian and 1.2% is multiracial. Though the overall enrollment rates were low, we did not find a statistically significant difference in the enrollment of minority patients compared to white patients. Several initiatives have been started at our institution to address the low enrollment rates in the minorities. One of the first initiatives was the development of a minority outreach program. A previous study by Vicini et al. [8] from our institution looked at minority participant accrual by the Beaumont CCTO from 1988 to 2010. This study found that the development of the CCOP lead to a ten-fold increase in clinical trial accrual (p=0.001). The minority outreach program, initiated in 2003, targeted metropolitan Detroit areas and provided bilingual cancer education including information on screening and prevention, which helped improve accrual of minorities in our clinical trials to 11% by 2010 [8] The minority outreach program and the CCTO at Beaumont have engaged in fruitful collaborations with various community leaders and faith-based organizations in the Metro Detroit area, especially those that serve minorities. Educational materials and resources including clinical trials information, American Cancer Society pamphlets and NCI resource pamphlets are provided to the communities. Many of the educational materials are also provided in Spanish and Arabic to serve the needs of the non-English speaking population. The “Cancer Clinical 10 Trials Awareness Week- Fruit Tray Sunday” program was initiated in 2014. This program involved community awareness programs in various churches in metro Detroit area, targeting African American, Hispanic and Arab American populations. In addition to advice on healthy diet and exercise, these programs have helped introduce and explain the concept and importance of clinical trials. Second, a diverse, multilingual staff at our CCTO assists patients navigate through the clinical trial process, scheduling appointments, insurance authorizations and transportation, and provides social support. After discussion of the clinical trial process with their physicians, patients meet with the staff at the CCTO where the clinical trial protocol is reviewed again in more detail. Patients are educated on the rationale of the study, the type and duration of treatment, need for additional testing or procedures, the randomization process, the major and minor risks including need for more doctor and clinic visits and time off from work as well as possible benefits. Patients are informed about their right to decline participation in a clinical trial without any consequences to their medical care. They are also informed that they can decide to stop participation in the clinical trial at any time. They are provided with contact information for the CCTO office so they have an ongoing resource to answer any additional questions. Once patients understand and agree to the clinical trial, their written consent is obtained. We suspect that other factors may also influence clinical trial participation and may play a bigger role than race and ethnicity alone, such as educational level, insurance status, access to health care, transportation issues, social support and income level.