Prosthetic Rehabilitation for Edentulous Patient with an Acquired Palatal Defect: A Case Report

The rehabilitation of a patient with partial resection of soft palate is a challenge. Surgical management is considered one of the preferred treatment options for such cases. However, this is not possible in several clinical situations, for such situations the prosthetic management would be a valuable alternative. This clinical report describes the rehabilitation of an acquired palatal defect with palatal prosthesis to restore the physical separation between the nasopharynx and oropharynx.

The velopharyngeal closure mechanism is responsible for the sound energy and air pressure transmission in both the oral cavity and the nasal cavity. However, as soon as this mechanism is compromised, the nasopharyngeal valve does not entirely close. The soft palate abnormalities can occur in various ways, the resultant defects can be categorized into congenital, developmental or acquired defects according to the causative factor [1,2]. However, soft palate defects can furthermore be classified according to the anatomy and physiology of the involved structures. The diagnosis utilizing this classification may conclude the course of management and treatment. In this classification; the term velopharyngeal insufficiency applies when some or all the soft palate anatomical structure is lacking [2]. While the term velopharyngeal incompetence applies when the soft palate is of adequate dimensions but lacks function for the reason that disease or trauma affecting the muscular. On the other hand, the term velopharyngeal inadequacy describes both incompetence and insufficiency [2].

The soft palate defects may lead to insufficient structure, what affects the functionality of the residual muscles and structures, leading to impairment of the closure with the pharynx. In such cases, pharyngeal obturator prosthesis “speech aid prosthesis" is fabricated to obturate and close the opening between the residual palate and the pharynx. These prostheses create a physical separation between the nasopharynx and oropharynx by extending beyond the residual soft palate. It provides a structure with which the passavant's pad can produce velopharyneal closure [1,3].

However, to manage velopharyngeal incompetence in cases of soft palate reduced activity another type of prosthesis is needed. Gibbons and Bloomer [4] described the use of Palatal Lift Prosthesis for the patient with soft palate paralysis. They could improve the elevation of the soft palate, speech clearness, and reduction in the velopharyngeal space [4-6].

This clinical report describes the rehabilitation of an acquired palatal defect with palatal prosthesis and restoring the physical separation between the nasopharynx and oropharynx.

A 59 years old woman was referred to Prosthetic Department. She complained of very loose upper and lower complete dentures accompanied with speech problems, specifically pronunciation of the B and P letters. The patient had a history of nasopharyngeal carcinoma in 1999 and it was managed with radiotherapy. In 2007, local recurrence was detected. In 2008, she was admitted for nasopharyngectomy via mid-facial degloving approach. Intraoral examination showed an acquired defect affecting the left posterolateral region of the soft palate. A new definitive mandibular complete denture and maxillary combined pharyngeal-obturator/ palatal-left prosthesis were fabricated.

3- In order to provide stable occlusion rims to record the Maxillomandibular relationship, upper and lower permanent denture bases were constructed with light cured resin (Eclipse®, Dentsply, USA). A metal loop was incorporated into the upper denture base to provide the retentive mean for the pharyngeal obturator.

4- After obtaining the maxillomandibular records with permanent record bases and occlusion rims, the casts were transferred to a semi adjustable articulator (Protar evo 7, Kavo, Illinoi, USA). Denture teeth were arranged on the record bases and a lingualized occlusal schema was achieved. The trial arrangement was checked intraorally to evaluate the centric relation, occlusal vertical dimension and aesthetics (Figure 4).

5- To record the defect area functionally, high fusing modelling compound (Impression compound; Havard, Berlin, Germany) was added to the retentive loop posteriorly and inserted into the defect area, while doing that, the patient was asked to flex the neck fully to get contact of the chin to the chest, in order to establish contact of the posterior aspect of the pharyngeal obturator with the tissue covering the anterior tubercle of the atlas. The lateral aspects were formed by rotation and flexion of the neck to achieve chin contact with the left and right shoulders. The patient was asked also to swallow. The obturator seal was checked by confirming that; no liquid escape when asking patient to drink warm water, articulating the plosive sounds such as B and P, and yet the patient still be able to form the nasal consonants m, n, and ng.

6- After confirming the proper moulding of the impression compound, the compound surface was scraped, and Visco-gel(®) tissue conditioner was applied. Subsequently the upper prosthesis was inserted again. The patient was asked to perform the neck flexing, swallowing and specific letter pronunciation once again, until complete set of the Visco-gel material (Figure 5).

7- The defect area impression was poured using altered cast technique, and the pharyngeal obturator wax-up was done. Heat cured acrylic resin (Impact, DEL, UK), was used at the packing stage. After processing the maxillary and mandibular dentures, they were remounted to recheck the occlusion and achieve balanced occlusion and articulation.

At insertion stage, using silicone fit checking material (Fit checker II, GC America, Alsip, USA) palatal extension was checked and adjusted accordingly (Figures 6 and 7). Speech was tested and clarity of pronunciation was confirmed. Retention and stability of the dentures were also checked. Occlusion in centric and eccentric movements was verified using articulating paper and adjusted accordingly. Denture hygiene instructions were given to patients.

Patient’s speech problem was the result of reduction or absence of pharyngeal wall activity (Velopharyngeal inadequacy) [2]. As this patient refused to subject to any further surgeries, the only option to manage such case was the prosthetic management. The objectives of prosthetic management were to improve speech intelligibility and to prevent food and fluid regurgitation.

In the present clinical case, the patient has a velopharyngeal inadequacy. The one of the complaints of the patient was that she cannot pronounce some alphabets, specifically B and P “the plosive letters”. These letters needs the oral cavity to be closed chamber, [2] in this patient the velopharyngeal inadequacy led to hyper-nasality and the inability to pronounce these plosive letters. She had unilateral soft palate defect, which considered more difficult to be managed than the bilateral defect, as the configuration of the residual soft palate may complicate the prosthesis situation [1,2]. A conventional acrylic complete denture was fabricated for the upper arch, with pharyngeal obturator on the left side and palatal lift on the right side of the extension.

The patient after receiving the speech aid prosthesis, she was capable to pronountiate the plosive letters properly, while she still can pronounce M, N and NG “nasal consonants”. The swallowing and deglutition were also examined, and the patient was satisfied with the results.

The prosthetic management could be a valuable alternative to the surgical option in cases with palatal defect. In this case report, palatal lift prosthesis was efficient in improving the soft palate function of a patient with velopharyngeal inadequacy. However, different patients with varied palatal defects need to be treated individually and accordingly. 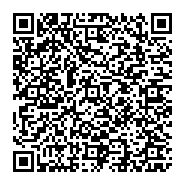