Copyright: © 2019 Sopaul T. This is an open-access article distributed under the terms of the Creative Commons Attribution License, which permits unrestricted use, distribution, and reproduction in any medium, provided the original author and source are credited.

Letter to The Editor

I have read the research article entitled ‘Prevalence, Trend, Determinants, and Prediction of Autism Spectrum Disorders among Dubai Population, Diagnostic and Management Contexts’ by Abbady KA, Hessian HY and Alaam MW published in Pediatrics and Health Research (2017; 2:2). I want to congratulate the authors for bringing to light the public health issue of Autism Spectrum Disorders (ASD) in Dubai and make some contributions.

In the research article, it has been indicated that there is a significant difference in the prevalence of ASD disorders between genders, with a 33% higher prevalence rate in males compared to females. I would like to suggest a reason for this observed difference; diagnostic overshadowing whereby a clinical diagnosis of autism is overlooked and instead often associated with other conditions, for example, depression and anxiety. The socialization of females in the context of Dubai, UAE can provide an explanation for the observed gender division. A stereotypical personality trait is more likely to see women perceived as shy or socially withdrawn. This results in underdiagnoses of ASD in females because young women are apparently easier to manage than males with autism, who may display obvious signs of aggression and violence.

The research article also provides a recommendation for the emergence of nurses experienced with ASD children to provide regular check-ups in school and healthcare settings. I would like to propose training for the parents of ASD children who can then go on to deliver programmes to fellow parents. This strategy has been shown to be effective in guaranteeing engagement and spreading awareness of ASD disorders in local communities by Barbera, ML [1].

I would also like to comment on the authors’ finding that, families are not going to consult general practitioners for early diagnosis of ASD because of cultural reasons. I would like to propose that perhaps, families are instead using culture-specific interventions in place of conventional medicinal care. This suggestion is in line with additional research which suggests the use of culture-specific interventions for the treatment of autism in Arabian nations [2]. For example, the use of Al Hijama also known as wet cupping and vitamin supplements to assist with the physiological symptoms and sometimes hyperactivity associated with ASD disorders. A scientific explanation for the efficacy of vitamin supplements is based on the concept that the vitamins are precursors for the production of neurotransmitters which can regulate neuronal mechanisms in ASD children [3].

A further interesting point of discussion which is not addressed in this research article is the impact and reliance on home help in the UAE. Others have criticized the role of maids to care for ASD children suggesting that maids are often young and inexperienced, lacking the education and training required specifically for autistic children [4]. Further research warrants investigation into the role of maids when raising ASD children in the UAE.

I would like to thank the author as the research has been enlightening to read. 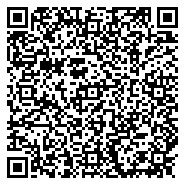