Historically, there has been an on-going effort to improve the quality of life and find solutions to overcome health problems caused by disease, injury or old age. The continuous request for design and improvement of medical devices, implants, drug delivery systems and artificial organs [1] led to the development and application of a large variety of so-called ‘biomaterials’. The field of controlled delivery of proteins has grown immensely in the last few years. Because of their relatively large size, they have low transdermal bioavailability. Oral bioavailability is generally poor since they are poorly absorbed and easily degraded by proteolytic enzymes in the gastrointestinal tract [2,3]. Elvassore, et al. [4], produced insulin-loaded PEG/PLA nanoparticles which was biodegradable polymers to be used to improve the surface properties of the system, or coating modification with polymers such as the attachment of poly(ethylene glycol) (PEG) chains to biodegradable polymer such as poly(lactic acid) (PLA), and poly(lactic-co-glycolic acid), PLGA. The hydrophilic PEG chains allow the control of protein and peptide absorption and, will allow regulation of cell behavior at the polymer surface. Lactic and glycolic acid had high biocompatibility, nontoxicity and easy process ability in different forms. In addition, the U.S. Food and Drug Administration have accepted them for internal use in the human body [5].

Examples of polymeric materials are Ultra High Molecular Weight Polyethylene (UHMWPE) in orthopedic devices. Implant materials should not cause inflammatory, immunological or toxicological responses in the human body, and biocompatibility of implant materials has become a major issue in the development and design of new biomedical devices. Marsis [6] synthesized alternative compatibilizer poly (L-lactide)-grafted xyloglucan by grafting of xyloglucan with PLA by ROP and the product can be useful as a novel compatibilizer in cellulose fiber-reinforced PLLA bio composites. Silva, et al. [7] recombined human insulin and encapsulated it with alginate microspheres by the emulsiÂcation/ internal gelation technique with the objective of preserving protein stability during encapsulation procedure. A high insulin release, above 75%, was obtained at pH 1.2 and under simulated intestinal pH, a complete dissolution of microspheres occurred. Perakslis, et al. [8], studied the pH-sensitive poly (meth acrylic acid)-grafted-poly (ethylene glycol) hydrogel system and demonstrated greatly increased insulin transport for insulinloaded polymer when compared with insulin alone.

In this work we used the triblock copolymers of poly (L-lactide)- poly (ethylene glycol)-sebacate-poly(ethylene glycol)-poly(Llactide) with 10, 25 and 50 L-Lactide units [9] and mixed with different ratios of hydroxyethyl Cellulose, and sodium alginate to prepare fiber IPN's. These fiber IPN's was loaded with Insulin as a drug model because it is the most effective and widely used drug in the treatment of advanced-stage diabetes. Insulin loaded fiber IPN's to administer it orally, which is more suitable than injection was designed, and Insulin loaded fibers are coated with crosslinked gelatin to protect Insulin from degradation by stomach acidic medium.

In previous work [9] we prepared triblock copolymers, the first step consist of preparation of three polymers from sebacoyl chloride with different molecular weight of poly ethylene glycol to give (A, B and C polymers) then the terminated hydroxyl group of these polymers was reacted with L-Lactide via ring opening polymerization to give nine triblock copolymers with 10, 25 and 50 lactide repeating units. The chemical equations can be represented by the Tables 1 and 2.

Table 1: Composition of materials for preparation of polymers B, and C.

Preparation of network S1: 0.4g of AL10, 0.4 g of sodium alginate (Na-alg.) and 50 IU of Insulin were dissolved in 5 ml distilled water (solution A), 0.1 g of calcium chloride was dissolved in 5 ml distilled water (solution B). Solution A was added drop wise to solution B to form polymeric beads. These beads were collected and washed with water two times and dried to obtain S1. The same procedure was carried out to prepare networks S2 - S9 [10].

Preparation of fibers IPN’s insulin delivery SH1-SH9: 0.4 g of hydroxyl-ethyl-cellulose (HEC), 377 μl glutraldehyde and 0.25 ml of concentration of sulfuric acid were heated with continuous stirring at 60-65°C for one hour. Then the cross-linked product solution was cooled. The cold cross-linked HEC was mixed with 0.4g of S1 in an ice bath with continuous stirring for half an hour. The product was then dried in vacuum oven at 4 ºC, ground and pressed as discs. The same procedure was carried out to prepare of fiber IPN's SH2-SH9.

Coating of the prepared discs with cross-linked gelatin with 20% and 40% glutaraldehyde: Gelatine was dissolved in distilled water (weight/volume ratio: 2 g/25 ml) and then 190μl of gluteraldehyde was added. The resulting mixture was stirred at 60oC for 1 hour to complete the crosslinking process. The crosslinked gelatine hydrogel was washed several times to remove the linear gelatinous. The same reaction was repeated with 377 μl of gluteraldehyde. The resulting viscous solution was cooled to 4oC and all the prepared fibres IPN's were immersed in the viscose solution of cross-linked gelatin and dried in vacuum oven at 4oC. All coated IPN’s were coated with second layer of cross linked gelatine [11].

In vitro release study of insulin

The release study carried out at room temperature for 24 hrs and cumulative Insulin released was measured with suitable time interval and then determined by UV-visible spectrophotometer at 271 nm. The effect of the pH, the ratio of cross-linked agent of coated layers, molecular weight of PEG, PLA chain length in block copolymer on the Insulin released were studied. 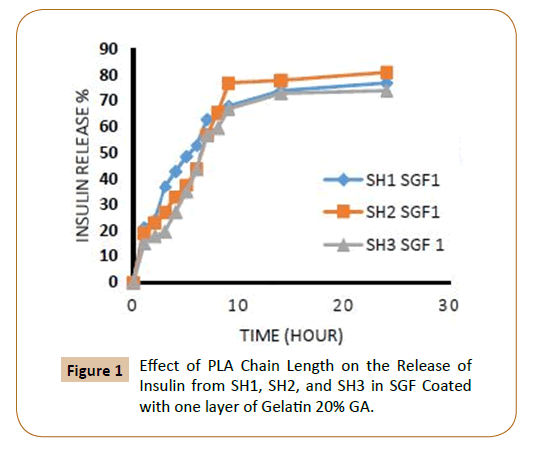 Figure 1: Effect of PLA Chain Length on the Release of Insulin from SH1, SH2, and SH3 in SGF Coated with one layer of Gelatin 20% GA. 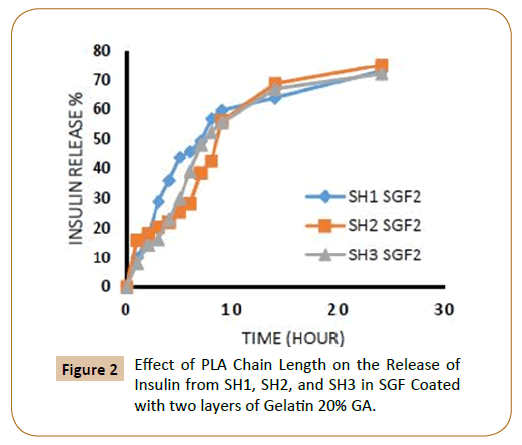 Figure 2: Effect of PLA Chain Length on the Release of Insulin from SH1, SH2, and SH3 in SGF Coated with two layers of Gelatin 20% GA. 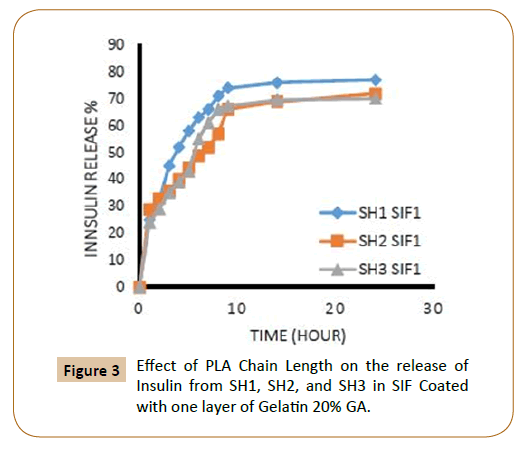 Figure 3: Effect of PLA Chain Length on the release of Insulin from SH1, SH2, and SH3 in SIF Coated with one layer of Gelatin 20% GA. 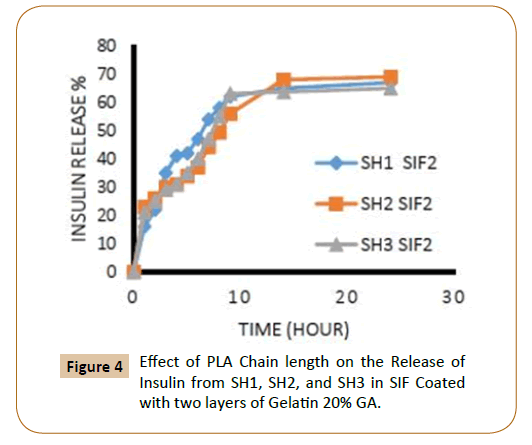 Figure 4: Effect of PLA Chain length on the Release of Insulin from SH1, SH2, and SH3 in SIF Coated with two layers of Gelatin 20% GA. 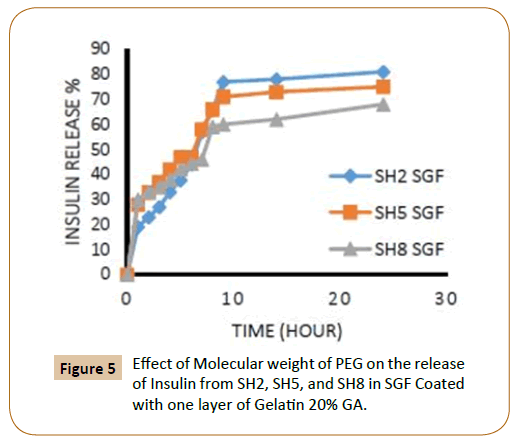 Figure 5: Effect of Molecular weight of PEG on the release of Insulin from SH2, SH5, and SH8 in SGF Coated with one layer of Gelatin 20% GA. 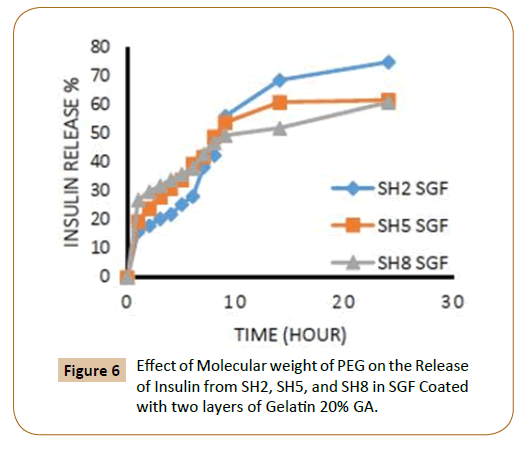 Figure 6: Effect of Molecular weight of PEG on the Release of Insulin from SH2, SH5, and SH8 in SGF Coated with two layers of Gelatin 20% GA. 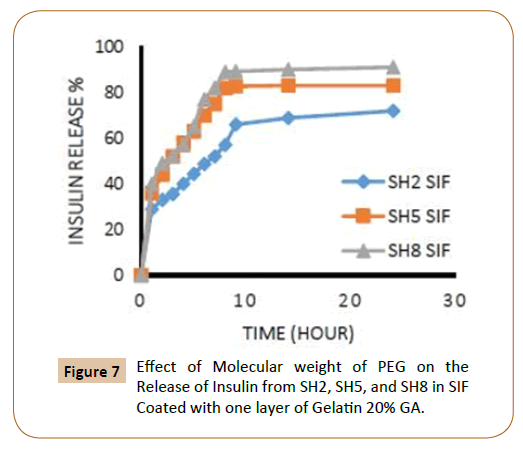 Figure 7: Effect of Molecular weight of PEG on the Release of Insulin from SH2, SH5, and SH8 in SIF Coated with one layer of Gelatin 20% GA. 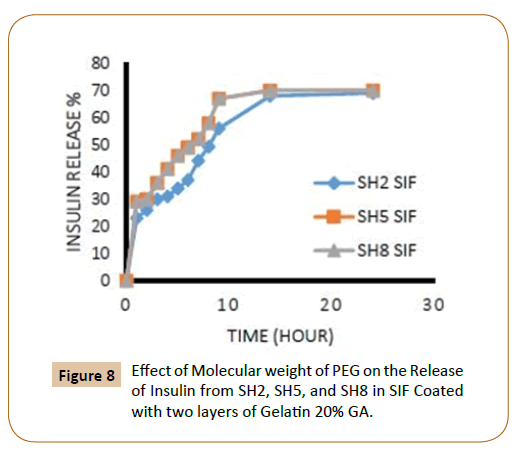 Figure 8: Effect of Molecular weight of PEG on the Release of Insulin from SH2, SH5, and SH8 in SIF Coated with two layers of Gelatin 20% GA.

Also, the figures showed that the increasing in the number of layers of crosslinking gelatin would reduce the ratio of insulin release because it will reduce the pore size in gel leading to a reduced insulin release ratio, as an example, it has been observed that the IPN’s (SH3) which covered by one layer of cross linked gelatine with 20% gluteraldehyde in SGF solution the insulin release rate during the first two hours was 18% and about 11% when coated with two layers (Figures 1 and 2). It was also found, that the rate of insulin release in the SIF solution is higher compared with the rate of insulin release in the SGF solution (Figures 9 and 10), in general Insulin release was quicker in SIF compared to SGF due to higher solubility of block polymer in SIF medium and higher swelling and penetration properties on IPN’s in SIF, therefore, IPN’s take up more water as a result; the IPN’s swells and becomes more porous. 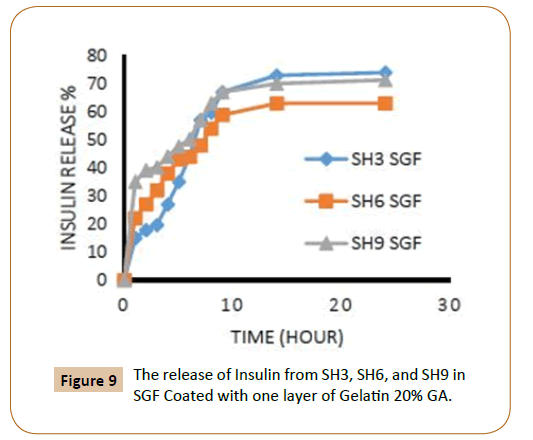 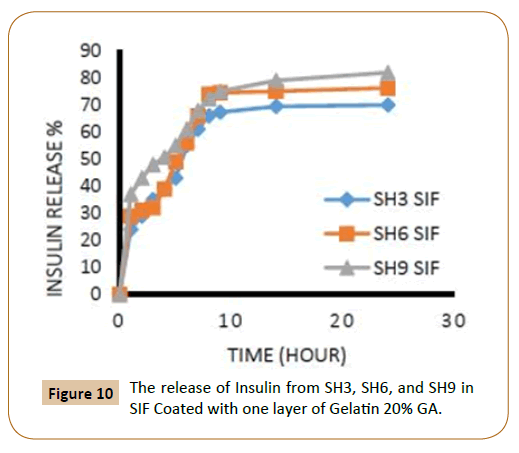 For controlled release applications requiring frequent injection, weight loss of the polymer matrix is the most important parameter of degradation. To avoid accumulation of polymer in the body, the matrix should disappear within a reasonable period of time (depending on the application). To measure the degradation, pre-weighed the swelling uncoated IPN’s discs were took place in various buffer solutions (pH 7.2, 8.2, and 1.2) at 37°C respectively. Biodegradation of the new fibers IPN’s was studied at three different media, distilled water, SGF and SIF depend on the weight loss measurements as a function of immersion time as shown in Figures 11 and 12. The results showed that the weight loss is decreased with increasing PEG molecular weight in the IPN’s and the lactide chain length. This is attributed to the molecular weight increase of the prepared triblock copolymers. Examining the results revealed that the weight loss of SH1 reached 38% in distilled water and SIF while 33% in SGF compared with SH4, it recorded 20% weight loss in distilled water and SIF while 18% in SGF and continue decreasing for SH7 sample with 18% in distilled water and SIF and only 14% in SGF. The SEM micrographs of the surface of the fiber IPN’s (SH6 and SH9) films after hydrolytic degradation shown in Figures 13 and 14. The morphology of the fiber IPN’s film (SH6 and SH9) changes upon degradation. After 14 days and 45 days of hydrolytic degradation, the surfaces of films show surface irregularities and small holes in water and it increases with an increase in the exposure time, there were indications that the fragments had been removed from the surface. It is clear that the action of water led to the formation of a rough surface with large cracks and holes, which extend to a large depth within the film mass with increasing incubation time. It is clear that biodegradation depends strongly on the molecular weight, polymer structure, and crystallinity of the polymers.

Triblock copolymers were used to prepare IPN’s which had fiber characteristic due to the presence of L-lactide in IPN’s composition. Using the coated fiber IPN’s reduced the burst effects of insulin. Insulin release from fiber IPN’s could be potentially controlled by changing the content of PEG, molecular weight of PEG, the changing ratio of PLA/PEG-SC-PEG, with the composition of fiber IPN’s, pH medium, cross-linked agent ratio, and the number of coated layers. In vitro release showed that the longer the PLA chain length would be slower in vitro release rate of insulin due to decreasing the hydrophilicity which reflected the swelling of fiber IPN’s and in vitro releasing rate of insulin. 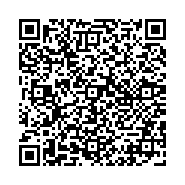