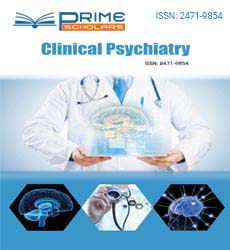 Executive function generally necessitates a combination of cognitive and motor abilities. There is evidence of cognitive difficulties as well as motor control deficits in patients suffering from pain and fatigue, and patients frequently complain about increased effort and difficulty performing cognitive tasks. Cognitive dysfunctions, such as impaired working memory, attention deficit, and less efficient information-processing capacity, are common symptoms of pain and fatigue conditions, particularly chronic fatigue syndrome and fibromyalgia. Cognitive difficulties are frequently more distressing in these patients than other symptoms. In both CFS and FM, neuroimaging has revealed functional and structural changes in the central nervous system, as well as a pattern of increased neural recruitment during cognitive tasks. Notably, there is some evidence suggesting premature ageing of brain areas in both FM and CFS, which may affect the ability of people with these diagnoses to perform multiple tasks. The addition of a cognitive task while maintaining postural control in quiet standing is expected to increase the load on central processing, affecting the ability to maintain postural equilibrium.

When a cognitive component is added to a healthy person’s controlling strategy, it appears to tighten in order to maintain postural equilibrium. The intrinsic patterns in all groups followed a similar profile at baseline and in the experimental condition, with no interactions that supported different postural control strategies in response to the concurrent cognitive task in patients. However, both patient groups exhibited insufficient postural control when compared to controls, as evidenced by larger amplitude and lower frequency in the slow component representing postural sway and larger. After physical and mental exertion, these patients report increased effort to perform, which is interpreted as lingering postexertional fatigue. It remains to be seen whether increased mental effort and neural recruitment during cognitive tasks interfere with motor control. The effects of pain and fatigue on motor function are frequently overlooked, but they must be acknowledged. Pain and fatigue are overlapping symptoms across conditions and diagnoses, and may be the result of chronification with changes in similar regulatory mechanisms in the Central Nervous System (CNS), particularly in domains not under voluntary control. Pain and fatigue perception may interfere with this process, as deficits in balance and postural steadiness have been demonstrated in FM and CFS patients, with similar deficits found in dynamic postural control at gait initiation. Notably, interactions between the brain, the body, and the environment, as well as perception-action links, are common bases for behaviour without representational separation between domains. Due to the sharing of neural networks between cortical areas, deficiencies in either domain may affect performance when executed concurrently. Attention and sensory integration are required for appropriate motor output, such as balance control.

This may have an impact on certain aspects of motor performance because sensory motor learning necessitates the ability to maintain and update internal models. It is proposed that a mismatch in the magnitude and frequency of the controlling ankle torque caused patients to sway more. When compared to controls, the CFS group showed greater differences than the FM group, indicating a slightly worse overall performance. Correlations between fatigue and postural control but not between pain and postural control suggest that fatigue is the underlying factor in both groups’ poor postural control. There were no statistically significant differences between the patient groups.

The author’s declared that they have no conflict of interest

Copyright: ©2022 Brownstein C G. This is an open-access article distributed under the terms of the Creative Commons Attribution License, which permits unrestricted use, distribution, and reproduction in any medium, provided the original author and source are credited