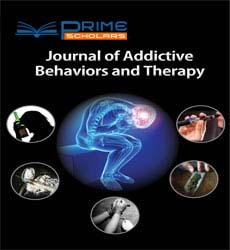 Copyright: © 2018 Moalla M, et al. This is an open-access article distributed under the terms of the Creative Commons Attribution License, which permits unrestricted use, distribution, and reproduction in any medium, provided the original author and source are credited.

'There is a widely held belief that MDMA is a “safe” drug, but a growing body of literature has documented both medical and psychiatric adverse reactions to MDMA. Acute psychotic reaction are reported in the literature. Their occurrence was reported in chronic heavy users or in vulnerable individuals with a history of mental illness and/or a family history of psychiatric problems. However, persistent psychosis after a single dose of MDMA is unusual.

This is a case of recurrent psychotic episodes. The first episode occurred few hours after a single ingestion of ecstasy in a patient with no previous history of psychosis. Regardless the abstinence from the substance, a second episode occurred after medication discontinuation. In the case of substance-induced psychosis, the effects typically subside after the drug wears off. Nonetheless, this is not always the case, the impact could last for years after the substance use ceases.

Ecstasy use should be considered in patients presenting paranoid psychosis. The increasing use of MDMA should aware clinicians to inquire carefully about MDMA use and to include MDMA in toxicology screenings. Further researchers should clarify the etiology of persistent psychosis after MDMA use.'

The 3,4-methylenedioxy-methamphetamine (MDMA), is a synthetic drug amphetamine derivative, best known by its street name ecstasy. It is characterized by a combination of psychostimulants and hallucinogenic effect [1]. It produce feelings of increased energy, pleasure, emotional warmth, and distorted sensory and time perception. MDMA was initially used as a recreational drug in the nightclub scene and at night dance parties ("raves"), but the drug now affects a broader range of people [2]. Ecstasy is usually sold as a tablet or pills with various printed logos. The use of ecstasy is almost accompanied by the concomitant use of other drugs [3].

There is a widely held belief that MDMA is a “safe” drug, but a growing body of literature has documented both medical and psychiatric adverse reactions to MDMA [4].

Psychiatric symptoms, which vary in nature and intensity, could include depression, anxiety and panic attacks, flashbacks, delusions, hallucinations or visual illusions, depersonalization, and derealisation [5].

In this work, we describe a case of a young man who developed prolonged psychosis after a single recreational use of MDMA. The consent of the patient was taken.

Mr M, a 19-year-old student without remarkable psychiatric or medical history, consult for aggressive behavior. The symptoms began one week ago. He obtained ecstasy from his friends at an all-night party and ingested the tablet. He reported subjective effects of euphoria, enhanced sense of well-being and closeness. He experienced panic attacks. Then, he began hearing voices and behaving aggressively, become insomniac, verbalize paranoia ideas and try to assaults his mother by a knife pretending she was an evil.

He was taken to the emergency department. Vital signs were normal; physical examination was unremarkable. Results of extensive blood work and brain imagery were normal.

He was admitted to psychiatric unit. The exam show disorientation to place, and time. He exhibited marked anxiety and was distractible. We needed to repeat questions many times to obtain an answer. He showed labile affect with crying episodes and instable behavior. His speech was marked by loosening of associations. He verbalized a religious and persecutory delusion. He also reported experiencing auditory and visual hallucinations: He reported that he heard a women’s voice revealing that he is a prophet chosen by God. He verbalized that he was persecuted by enemies and devils and he felt like being in a war where he was the army chief. He became especially anxious when he was some people. He pretend that they are possessed by malevolent preternatural beings and he could seeing that. Urine toxicology, done after the third day, was negative.

At five months after starting risperidone, Mr. M stopped by himself all medication. One month later, he behave strangely and become aggressive. Psychotic symptoms returned. He was reintegrated to our unit. The patient denied any ongoing drug abuse, and a urine drug screen was negative. He reported ideas of references and delusional thoughts. The first treatment was reused. Gradually, his behavior improved and psychotic symptoms were attenuated. Upon discharge, he showed improvement of symptoms and organized thoughts.

This is a case of recurrent psychotic episodes. The first episode occurred few hours after a single ingestion of ecstasy in a patient with no previous history of psychosis. The diagnosis of MDMA-induced psychotic disorder seemed most appropriate given the absence of any sustained mood disturbance and the absence of prodromal symptoms, as typically seen in ÃÆÃâÃâÃÂ¯ÃÆÃ¢â¬Å¡ÃâÃÂ¬ÃÆÃ¢â¬Å¡ÃâÃÂrst-episode psychosis and the good premorbid functioning. In addition, there was no family history of mood disorders or psychosis among ÃÆÃâÃâÃÂ¯ÃÆÃ¢â¬Å¡ÃâÃÂ¬ÃÆÃ¢â¬Å¡ÃâÃÂrst or second degree relatives. Furthermore, clinical characteristics as sudden appearance, intense anxiety, paranoid form and physical violence are equivalent to clinical descriptions reported in literature of psychosis after abuse of MDMA [7]. In fact, Landabaso et al., underlined in a six-month follow-up study that ecstasy-induced psychotic disorders present a severe clinical syndrome characterized by the presence of both positive and negative symptoms and signs of depression [8]. Typical common symptoms are positive (delusions and hallucinations), as well as disorientation, excitement and conceptual disorganization. However, there were also considerable negative symptoms, particularly with regard to signs of depression (depressive mood, guilt and blunted affect). After sixth month of treatment, symptoms were attenuated with residual anxiety and depression symptoms [8].

Regardless the abstinence from the substance, a second episode occurred after medication discontinuation. We discuss if it was MDMA-induced psychotic disorder or a psychotic disorder where ecstasy was a triggering factor in a predisposed person. In the case of substance-induced psychosis, the effects typically subside after the drug wears off. Nonetheless, this is not always the case, the impact could last for years after the substance use ceases. Mauri et al. found that there was no evidence that drug induced psychosis patients had more tendency to improve their symptomatology after cessation of drug abuse, as it was expected by definition, compared to primary psychosis patients [9]. Therefore, we suggest that this is not a case of functional mental disorder but a disorder secondary to the neurotoxic effect of MDMA. Substance use may cause neurochemical alterations witch precipitate the onset of psychosis in the absence of genetic vulnerability [10].

Concerning the prevalence, psychotic episodes are being increasingly recognized in association with MDMA use. Some cases of acute psychotic reaction are reported in the literature. Their occurrence was reported in chronic heavy users or in vulnerable individuals with a history of mental illness and/or a family history of psychiatric problems [11]. However, persistent psychosis after a single dose of MDMA is unusual. Few cases were found in the existing literature [6,12-15].

The etiopathogeny of psychotic induced symptoms could be explained by the diathesis-stress model. The stressor of ecstasy use, interacts with various predisposition factors (genetic, neurochemical, personality), to determine the psychiatric outcome [3]. Recent studies have disclosed the various metabolic pathways of MDMA and remarkable inter-individual differences in human susceptibility to MDMA [3]. The findings suggest that certain human subpopulations are at high risk of MDMA intoxication [16].

In fact, MDMA use expose to the acute psychotic reactions and may increase psychosis risk [17]. MDMA induced psychosis may be related to serotoninergic and dopaminergic pathways [11]. According to researches, MDMA cause persistent damage to serotonergic neurons in the human brain, as it has been shown to cause this damage in laboratory animals [15].

MDMA interacts with membrane-bound transport proteins that regulate the release and reuptake of neurotransmitters in the central nervous system. The molecule have high affinity for the serotonin transporter and lower affinity for the noradrenaline transporter [18,19]. MDMA also displays affinity for the dopamine transporter. This makes MDMA a potent agent for the release and subsequently increased synaptic levels of serotonin, noradrenalin and dopamine [18]. The rapid release is followed by ultimate depletion of serotonin and dopamine from presynaptic terminals [20]. Further damage is caused by oxidative stress, excitotoxicity, and mitochondrial dysfunction in serotonergic and dopaminergic systems [17]. MDMA may also affect other transmission systems such as α-adrenergic, cholinergic and histaminergic pathways but the potential functional impact of this is not known [21].

Other symptoms could be related to serotoninergic pathways. In fact, low levels of serotonin is associated with poor impulse control and high levels of aggression [22]. Depressive and aggressive behavior are common in subjects after MDMA use [23]. These symptoms are not specific but could help clinicians to facilitate the diagnosis of MDMA induced psychosis. However, these after-intake effects must be distinguished from the chronic sequelae of MDMA exposure [18]. However, studies are likely to overestimate the extent of serotonergic alterations experienced by the majority of people who use ecstasy [24].

Recently, neuroimaging techniques are developed to assess cerebral functioning in several diseases [25-27]. The study of MDMA effects in humans reveals that MDMA users have deficits in blood oxygenation level dependent in intraregional coherence and inter-regional functional connectivity, even among functionally robust pathways involving motor regions [28]. This suggests that MDMA use is associated with long-lasting effects on brain neurophysiology and could explain the chronicity of psychotic symptoms. However, there is some debate about neurotoxic effects of MDMA in humans [29]. In a recent review which focuses on subjects with moderate use patterns, Mueller et al., found no convincing evidence that moderate MDMA use is associated with structural or functional brain alterations in neuroimaging measures [29].

Although studies on MDMA-using populations are certainly important, there are several confounding factors that limit the interpretability of these data [1]:

First, ecstasy is often contaminated with other drugs of abuse and neurotoxic compounds. They are added in an illicit manufacturing process to amplify or prolong its effect [14]. Those adulterants can also cause complications far greater than MDMA itself and may be particularly dangerous when mixed with MDMA [14]. Substances found in ecstasy include 3,4-methylenedioxyamphetamine (MDA), and 1-(3,4-methylenedioxyphyl)-2-propanalol, methamphetamine, caffeine, dextromethorphan, ephedrine, cocaine, aspirin, pseudoephedrine, ketamine, lysergic acid diethylamide (LSD), and paramethoxyamphetamine [30,31].

Third, recreational MDMA is often consumed at crowded dance parties where excessive activity, high temperatures, and dehydration could exacerbate any inherently neurotoxic effects of the drug

For those reasens, it’s diffict to distinguish the neurotoxic effects induced by MDMA itself from those caused by impurities, drug-drug interactions, or drug-environment interactions [1].

This is one of rare cases of persistent psychosis after a single ingestion of MDMA. Ecstasy, previously considered as a safe recreational drug, could expose to long term psychiatric effects. Psychotic symptoms could be related to serotoninergic and dopaminergic pathways directly caused by MDMA or by unrelated adulterants, added in an illicit manufacturing process. The co-use of others drugs may have an addictive effect.

Ecstasy use should be considered in patients presenting paranoid psychosis. The increasing use of MDMA should aware clinicians to inquire carefully about MDMA use and to include MDMA in toxicology screenings. Further researchers should clarify the etiology of persistent psychosis after MDMA use and to describe the treatment options.

This research did not receive any specific grant from funding agencies in the public, commercial, or not-for-profit sectors.

All authors declare that they have no conflicts of interest.