In daily practice, we are constantly faced with the dilemma of choosing the right strategy between a conservative treatment and a "radical" one which includes extracting the tooth and replacing it with an implant… With or without setting an immediate esthetic fixed temporary prosthesis. Considering the psychological makeup of the patient (and of the practitioner!) and the real life experience of the 2 protagonists, critical situations are frequent where we must carefully weigh the pros and the cons of the various possible treatments. Latest implant generations - especially spiral implants - contribute to greater stability in poor quality bone sites, but also to improve implant placement even under precarious circumstances providing us – as practitioners and as patients as well - increased secure-pleasurable sensations while driving the implant treatments. Based on experience and advanced implant technology, this paper illustrates this purpose with a series of several case reports, challenging immediate implant placements in the esthetic zone in part 1, and full arches replacements in part 2.

There have been many changes in our therapeutic attitude since the Swedish school published its works concerning osseointegrated implants in 1985 [1]. Some of us, as practitioners, understood the revolution that was brought about by this new implant concept; others preferred to “wait and see” … [2].

I personally was happy to be “at the right time, at the right place, in France”, taking part in the birth of the first Department of Implantology in Paris-France (University Paris VII - 1986), standing behind and supporting our department head, Pr. Patrick MISSIKA. We were proud and very enthusiastic about how we were able to improve our patients’ smiles and chewing function by following Branemark’s procedures… while at the same time, trying to stretch and expand the strict boundaries recommended by the Swedish professor.

Part I: Immediate Implant Placement in the Esthetic Zone

As a result, starting in 1987, we began adopting protocols of immediate implant placement following tooth extraction [3-6] - that was sanctioned by some authors [7,8], but not allowed by Branemark and Co.; the reason being that the practitioner should only work “on healed and healthy bone site receivers”. At that time, we were castigated by the orthodox Branemark followers in both France and abroad. But as time went by, the validity of our method was finally recognized [9] because of the satisfactory results [10-12].

During this same time period, other pioneering clinicians tried and sanctioned other protocols:

These clinical protocols were, and still are, backed by research studies and clinical publications, along with implant shape evolution which enhance primary stability, osseous integration and stress-impact diminution while implants become functional [21-24].

As is evident from this technical feature, one point appears clear: nowadays, most of the implant systems use either conical or cylinder-conical shapes because it is undeniable that they improve implant stability [25,26] which in turn leads to rapid osseointegration [27].

Furthermore, spiral implants have been shown to not only contribute to greater stability in poor quality bone sites, but also to improve implant placement even under precarious circumstances such as when doing immediate implant placement after tooth extraction [28-31].

The ALPHABIO-TEC Implant System (SPI/ICE/NICE and recently available NEO) and NOBELBIOCARE Implant System (NOBELACTIVE) are recognized to be the leaders in that area. The purpose of this article, on the one hand, is to highlight the latest clinical as well as technological developments while also taking into consideration the demands of patients and treatment plans of the practitioner.

Until today, when confronted with the challenge of replacing an anterior compromised natural tooth, we usually choose from several specific implant designs and protocols [3,18,32-36]. It has become a quasi-routine, 1-hour procedure, often ending in placing an esthetic, temporary implant-supported crown onto the site. Then, after a period of 3 to 4 months, and after successful tissue integration, a permanent ceramic crown replaces the temporary one [36]. But the way of dealing with the clinical procedure can change with regard to:

- Experience and self-confidence of the practitioner and his/ her team;

- Patient motivation and those implications in the treatment.

In cases where the anatomic context is not in optimal condition, but the patient’s demands are still high, the clinician must take full advantage of high tech equipment which allows him/ her to follow a specific treatment plan that was developed and sanctioned after using a precise 3D X-ray analysis as well. Full cooperation from both the patient and the implant team are essential [35,36].

Figures of cases 1 and 2 illustrate these kinds of challenges. 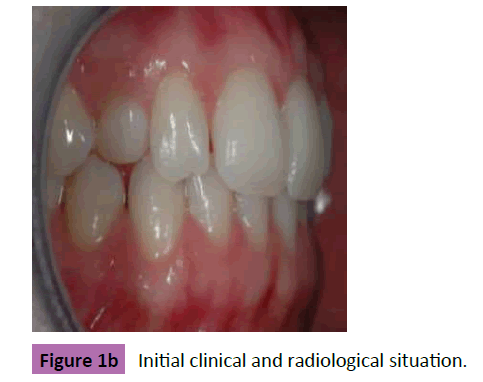 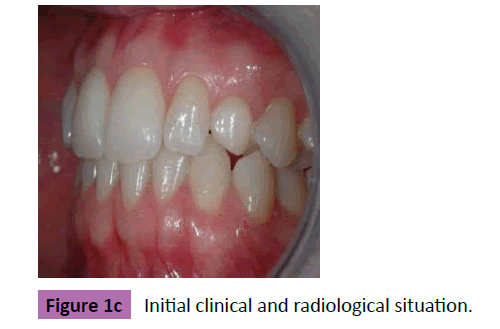 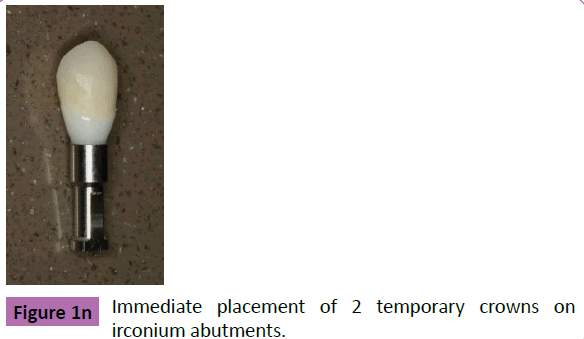 Case 2: February, 2014: young woman, 38 years old, presenting an internal resorption on her upper right canine. Her general practitioner cannot treat and save it. The demand consists I an immediate tooth replacement with respect of esthetic clinical appearance (Figures 2a-2g).

Figure 2b: 3D R-Ray analysis and treatment plan: after tooth extraction, we’ll try to insert the implant according to a double lead angle axis in order to get an initial primary fixation of the implant, while also taking care not to touch the sinus cavity and the proximal vital roots as well.

Figure 2d: The whole surgical-temporary-prosthetic protocol is achieved so that we can place a screwed-in (palatal access) temporary crown immediately after surgery.

As practitioners, we frequently must choose between “treat and conserve” or “pull out and replace” [37]. It is frequently technically possible to rebuild ad integrum full dental arches in patients who require this (Case 1). The negative side is that these types of treatments are often long and need a lasting cooperation between the patient and the mouth-care team. I visited Paulo Malo in Portugal a year after he published his work in 2005 [38]. Dr. Malo suggests treating edentulous patients in a simplified manner, even in the case of atrophic maxillae showing prominent sinus cavities. After returning to France, I began using his method and it has basically changed part of my implant practice.

But the most important change to my treatment practices came about in 2010 when a patient (an architect, 49 years old, sent by his general practitioner) came for another implant treatment after I had already placed 2 implants in his lower left jaw in 2006. His original demand was new but very clear:

“I’ve got lots of problems in my mouth already, including teeth which have been treated with or without crowns and I’m fed-up with wasting so much time and money at the dentist’s office. As an architect, I can understand that it is easier to construct a new building on clean, virgin land than it is to conserve some of the original parts of the old building while building a new one. Is this approach acceptable to you as a dentist?”

Indeed, author could understand his point of view, although I tried to convince him to conserve and treat his natural teeth to the extent that it was possible. But he insisted on a "Robocop Treatment".

Besides the questionability of extracting curable and/or healthy natural teeth in order to put in an implant supported restoration, we must say that:

- This personalized approach is easy to understand [39,40];

- Experience confirms that this approach is technically and clinically feasible to do all at one time;

- Such a radical approach could actually lead to fewer postoperative complications and to a better final prognosis than a more traditional, conservative treatments [41].

We finally accepted the terms of the treatment… (Case 2)

Today we feel secure in such implant treatments for the following reasons:

- Patient satisfaction can be higher with this method than with more difficult, time-consuming, traditional treatments (Case 3);

- Patients with this type of treatment take better care of their new teeth (Case 4);

- The long term prognosis may be better.

Figure 3b: Radiological investigation shows lack of occlusal stabilization on both posterior areas, forcing the patient to chew on the (mobile) front teeth.

February, 2014: woman, 51 years old with apertognathia, demanding an efficient-esthetic treatment. The whole treatment was achieved with 2-step surgery (one for the upper jaw and one for the lower jaw), under local anesthesia, with immediate full denture placement for waiting the implants osseointegration. Both final dentures are made of ceramic-zirconium (Figures 5a- 5i).

June, 2015: young man (pastry cook), 31 years old demanding a “ROBOCOP” treatment… But nothing else (he is a friend of the man/ case 2). He clearly shows no motivation for a conservative treatment. The patient is also taught to special hygiene practice and occlusion protection night-wearing as well (Figures 6a-6j).

Figure 6a: Initial clinical and radiological.

Figure 6b: Initial clinical and radiological.

Figure 6f: Double ALL on 6-ALL ZIRCONE/CERAM-treatment, following the same protocol as case n° 3. Please note the clinical transformation and the nice final X-Ray control (04-05-2016); Implants: AlphaBio Tec ICE in the mandible, while AlphaBio-Tec SPI in the maxilla/Lab.= Erick LOYAU.

Figure 6g: Double ALL on 6-ALL ZIRCONE/CERAM-treatment, following the same protocol as case n° 3. Please note the clinical transformation and the nice final X-Ray control (04-05-2016); Implants: AlphaBio Tec ICE in the mandible, while AlphaBio-Tec SPI in the maxilla/ Lab.= Erick LOYAU.

Figure 6h: Double ALL on 6-ALL ZIRCONE/CERAM-treatment, following the same protocol as case n° 3. Please note the clinical transformation and the nice final X-Ray control (04-05-2016); Implants: AlphaBio Tec ICE in the mandible, while AlphaBio-Tec SPI in the maxilla/ Lab.= Erick LOYAU

Figure 6i: Double ALL on 6-ALL ZIRCONE/CERAM-treatment, following the same protocol as case n° 3. Please note the clinical transformation and the nice final X-Ray control (04-05-2016); Implants: AlphaBio Tec ICE in the mandible, while AlphaBio-Tec SPI in the maxilla/ Lab.= Erick LOYAU.

Figure 6j: Double ALL on 6-ALL ZIRCONE/CERAM-treatment, following the same protocol as case n° 3. Please note the clinical transformation and the nice final X-Ray control (04-05-2016); Implants: AlphaBio Tec ICE in the mandible, while AlphaBio-Tec SPI in the maxilla/Lab.= Erick LOYAU.

Through continuing education, the practitioner can stay abreast of the latest developments including the most modern equipment and technologies, both of which lead to more efficient treatment and better patient satisfaction. Much can also be learned from listening to our patients as reported in various clinical experiences in this paper. 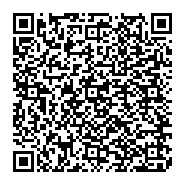