The purpose of writing this article is to evaluate the anti-inflammatory and analgesic effects of intraoral application of low-level laser therapy. Authors have positive treatment outcomes which allow to reduce prescribing antibiotics and pain killer medications.

LASER is an acronym for: Light Amplification by Stimulated Emission of Radiation. Laser therapy has a long history of medical applications and has begun to show great promise in dental applications. There is evidence that laser therapy is a useful adjunct to conventional routine dental care and is rising in popularity among dentists. Lasers are devices which generate electromagnetic radiation that is uniform in wavelength, phase and polarization [1]. They can be classified as a high-powered, low powered, surgical or therapeutic. There is evidence that lowpowered or therapeutic laser have analgesic, anti-inflammatory and biostimulatory properties on live tissue. Laser technology has the unique advantage of improving treatment techniques as well as aiding in the healing process.

Some of the major benefits associated with Laser Dentistry are:

1. Laser assisted procedures performed on soft tissue may not require suturing through a process called tissue welding. This is a process that uses laser energy to anastomose tissues.

3. Minimizes or even eliminates the need for anesthesia in certain clinical procedures.

5. Removal of the smear layer after tooth preparations.

9. Enhance remodeling and repair of bone.

The focus of the article will be Low Level Laser Therapy, commonly known as LLLT. Low Level Laser Therapy, or laser Photobiostimulation, is a form of phototherapy which involves the application of monochromatic and coherent light to injuries and lesions to stimulate healing [2]. It is a non-thermal laser and operates in a wavelength range of 630-980 nm with typical irradiance of 5 mW/cm2 to 5 W/cm2 and generated by devices with as little power as 1 mW, and up to 10 W with either pulsed or continuous waves. The main absorber for these wavelengths are hemoglobin and melanin. Mucosa does not absorb light well. It transparent comparison to muscles which have the greatest absorption [3].

Penetration depths vary from 3 cm to 5 cm. The most challenging part to find the optimal dosage and dose at target. We talking about therapeutic window than optimal dose. For LLLT to be effective, the applied irradiation parameters including wavelength, power, irradiance, exposure time, and pulse need to be applied within limits. Unlike many other laser treatments LLLT is more analogous to photosynthesis in its mode of action [4,5]. LLLT also differs from photodynamic therapy (PDT). It is a combination of using laser with dye to kill bacteria. Produced singlet oxygen has a strong bactericidal effect.

PDT appears to be a useful adjunctive tool for treating oral infections in the dental specialties of oral surgery, endodontics and periodontitis.

After laser absorption by any cell in the body nitric oxide is removing from the respiratory chain in the mitochondria and level of ATP and ROS are increasing. ATP is the energy currency for a cell. Cell potential increases for normal functioning. This process starts the chain reaction inside the cell followed by gene transcription and cellular signaling. Extracellular or bystander effects also occur [6-8].

For LLLT to be effective, the applied irradiation parameters including wavelength, power, irradiance, exposure time, and pulse need to be applied within limits.

The use of LLLT as a treatment method was first described by Dr. Endre Mester. Dr. Mester’s publications on the biostimulatory effects of the low intensity laser began in 1967. These molecular effects of LLLT are generally described as Photobiostimulation. This process describes an event in which photons are absorbed by chromophores. Chromophores are the parts of a molecule responsible for it color. The color arises when a molecule absorbs certain wavelengths of visible light [9-11]. Examples of chromophores in humans include melanin and hemoglobin. Photobiostimulation increases DNA and RNA synthesis and for laser therapy to be used safely and effectively, applied knowledge of tissue anatomy, laser physics and cell biology are necessary. As mentioned, lasers can augment tissue but the response of that tissue will depend on that particular tissues healing mechanism.

LASER has been shown to increases the migration of human epidermal keratinocytes resulting in accelerated wound closure.

Proliferation, differentiation and calcification of osteoblastic cells when cells are in a phase of active growth. Increasing the level of calcium and phosphorus contents.

LLLT may reduce tension of vascular smooth muscle and contribute to analgesic effects. Blood is the major absorber of light.

Changes in pulpal neural transmission. Most effective when tooth crown and root apex is irradiated. For cavity preparation and caries removal we are using hard tissue or hot laser but to sterilize cavity and dentinal tubules LLLT protocol can be applied with conjuction with methylene blue. Treatment of mucositis and recurrent aphthous ulcers show promising results and positive alternative to other treatments better than currently used palliative care methods.

LLLT is most effective during prodromal stage, but actually can be used in active stage also. More visits will be needed. The future of LLLT is promising. There are no absolute contraindications for LLLT.

* Eyes of everybody in operative should be protected when laser in use.

* Pregnancy- treat with caution, does not apply over fetus. Not enough data.

LLLT is a safe effective treatment to enable enhanced healing, better tissue remodeling, reduced inflammation and analgesia for use in a wide range of oral pathologies. It is drug free and relatively side-effect free and appears to be efficacious where many current pharmaceuticals are not. Apart from an enhanced rate of postoperative healing and better tissue remodeling, LLLT is also a major benefit for patients who are in pain, are needle phobic or cannot tolerate non-steroidal inflammatory drugs (NSAIDs). Laser devices using for LLLT is classified as a Class III or Class IIIb in comparison with hot lasers (Class IV). Eye protection is necessary by using special glasses. We deeply believe that Laser and LLLT are widespread in Dentistry in near future when more studies and researches will be published. 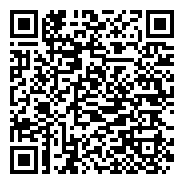