In the early years, it was found that colloidal dispersions can be made more sensitive to precipitation by the addition of small quantities of macromolecules. These macromolecules are referred to as flocculants currently. The macromolecular flocculants commonly used in early time are polyelectrolytes. Their flocculation mechanism is considered to be the simple charge neutralization. If the charges of macromolecular ions are opposite to that of particles, flocculation and precipitation will take place. But in the later period, it has been discovered that some non-ionic macromolecules, even the macromolecules with the same charge as the colloidal particle have sensitive or flocculation effect. Therefore, neutralization is not the only mechanism of their flocculation. Now we think long-chain additives, such as gelatin, can sometimes bring about a rather loose flocculation by a bridging mechanism in which the molecules are adsorbed with part of their chain on two or more particles. Such flocculation normally occurs over a narrow range of additive concentrations; at higher concentration protective action is obtained, since bridging can occur only under conditions where the remaining particles still have empty surface, thus further adsorption of the additive is possible.

According to the principle of bridging flocculation, the molecule of macromolecular flocculant must be adsorbed on both of the particles at the same time to bridge between them, therefore, the macromolecular flocculants commonly used are homopolymers. The efficiency of bridging flocculation is influenced by the molecular weight and charge density of macromolecule. Generally speaking, high molecular weight is favorable for bridging, but too high molecular weight will produce the overlap of chain segments and greater repulsion between them, thus weakening bridging effect, and leading to low flocculation efficiency. High charge density is helpful for molecule to extend in solution, thus favorable for bridging, but if the sign of charge is the same as that of particle, too high charge density will weaken the adsorption of the chain segment on the particles, thus leading poor bridging and low flocculation efficiency. Therefore there should be an appropriate hydrolysis degree for polyacromide which is the most popular flocculant currently in water treatment. Commonly, the hydrolysis degree of polyacromide is controlled to reach 30 per cent.

Many natural macromolecules products can be used as the flocculants in water treatment, such as starch, protein, cellulose, chitosan and their various modified products. In recent decades, the artificial macromolecular flocculants have been developed greatly. Currently, the commonly used artificial flocculants in water treatment include polyacromide (PAM), polydimethyldiallylammonium (PDMDAAC), polyethyleneimine (PEI), and their various modified products, etc. 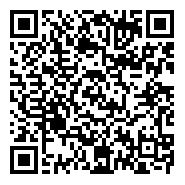