1Registrar in Paediatrics, Postgraduate Institute of Medicine, University of Colombo

The human cytomegalovirus (CMV) is universally distributed among human populations as one of the most common cause of congenital infection and it is a diagnostic dilemma for clinicians owning its wide range of clinical presentations. Fetal infection results from transmission of the virus across the placenta and is particularly common in women who experience primary infection during pregnancy. Here we report a newborn with congenital CMV infection with diagnostic challenge.

(CMV) is a leading cause for congenital infection in neonates which is acquired through vertical transmission. Symptoms and signs are ranging from asymptomatic infection to symptomatic severe neonatal disease [1]. Despite advances in epidemiology and knowledge of CMV, its wide clinical manifestations have made congenital cytomegalovirus infection a diagnostic challenge [2]. We described a case of congenital cytomegalovirus infection which presented with feeding intolerance, seizures, recurrent hypoglycaemia and persistent thrombocytopenia. This was reported due to complex presentation and CMV polymerase chain positivity in the absence of IgM positivity in a new-born.

A 26-year-old healthy mother in her 3rd pregnancy referred to the tertiary care maternal unit from a peripheral unit due to the detection of intrauterine death of one twin for specialized management. The parents were non-consanguineous and she had 2 previous first trimester miscarriages. She was vaccinated against rubella. At the dating scan, she was found to have dichorionic diamniotic twins. She felt quickening at 18 weeks of period of gestation (POG) and fetal movements were normal. Her antenatal history was unremarkable up to the POG of 33 weeks when obstetrician found that one twin has died in utero.

A baby girl (T1 of twin) was delivered by an elective caesarean section at the POG of 34 weeks with a birth weight of 1150 g and head circumference of 29 cm which were below 3rd and between 3rd and 10th centiles respectively. Second twin was macerated IUD without any obvious dysmorphic features. She did not require any resuscitation at birth and admitted to NICU for further care for prematurity. Respiratory support given through non-invasive continuous positive pressure ventilation for 2 days and planned to start trophic feeds. Feeding intolerance in terms of nasogastric tube aspirates and non-bilious vomiting was observed since day 1 of age up to the diagnosis and treatment. Initial septic screening was negative.

On day 11 of life baby developed seizures with different semiology (left sided focal and generalized). Seizures were settled with intravenous phenorbarbitone bolus doses. Septic screening and serum level of magnesium, calcium, electrolytes and sugar were normal with a normal ultrasound brain study. Baby was noted to have thrombocytopenia in the second week of life which was then developed into pancytopenia in the fourth week of life, needed four platelets and three pack cells transfusions. At this period baby had developed hepatomegaly of 4 cm (Right lobe enlarged more than the left lobe) and splenomegaly of 2cm; confirmed ultrasonically with normal liver and splenic architecture. Blood picture did not reveal any abnormalities other than moderate to severe pancytopenia. Persistent of pancytopenia and organomegaly lead to perform a bone marrow aspiration which revealed reactive bone marrow without any abnormal cells or haemophagocytes. Liver functions were deranged with Aspartate transaminase of 1154 IU/L, Alanine transaminase 153 IU/L, Alkaline phosphate 531, gamma glutamyl transferase 222 IU/L, INR 1.73, albumin 23 g/L, globulin 15 g/L and serum bilirubin was 28 micro-mol/L (total) with direct fraction of 13 micro-mol/L. Renal functions were normal.

The ophthalmological examination revealed a normal finding. TORCH screening was normal and mother was negative for VDRL and HIV I and II. Serology was negative for Hepatitis B and C. Alpha feto-protein was normal. In the meantime, baby had three episodes of symptomatic hypoglycemia on second week of life which settled with dextrose bolus. But none of these episodes were associated with acidosis. The weight gain was also very poor and took 40 days to achieve the birth weight. Blood cultures and fungal cultures were negative throughout the stay.

Metabolic screening revealed normal amino acid and organic acid level. Blood polymerase chain reaction (PCR) for cytomegalovirus (CMV) was strongly positive with viral copies of 1.75 × 104. The maternal CMV IgM was negative with positive IgG level. The diagnosis of neonatal hepatitis syndrome due to CMV was made. Baby was started on oral valganciclovir and symptoms settled slowly with advancing treatment. However, the thrombocytopenia was only slightly improved which can be explained by hypersplenism or the adverse effects of valganciclovir. She was discharged home after establishing breast feeding with regular clinic follow ups for the monitoring of growth, development and liver functions.

Cytomegalovirus is a DNA virus which belongs to the family of herpesviridae. Congenital cytomegalovirus is caused by vertical transmission occurs transplacentally, at birth while coming through birth canal and during lactation. Primary infection occurs 0.7% to 4.1% of seronegative pregnant mothers contributed high rates of vertical transmission up to 40%. Rates up to 0.15% to 3% reported in recurrent infection in pregnancy. Out of the neonates who get the infection around 90% are asymptomatic. Only 10% of neonates are symptomatic and present with wide clinical manifestation [3]. It has been shown that maternal primary infection causes more symptomatic disease (15%) than the recurrent infection (2%) [4]. A linkage is being made with CMV infection in the mother to miscarriages and increased intrauterine deaths (IUD) by several studies although the data were inconclusive [5,6]. This explains the recurrent miscarriages and the death of the T2 of this case history.

Neonates born to mothers who are infected early in the pregnancy can have prematurity as well as small for gestational age [1]. This explained the low birth parameters of our baby. Premature babies are known to have feeding intolerance because of their gut immaturity. We attributed this fact for the feeding intolerance initial days while thinking about other possibilities such as sepsis, intestinal obstruction and gastro oesophageal reflux disease [7]. Further to this baby developed seizures of different semiology which favours the diagnosis of neonatal meningitis. All the septic markers were negative which lead us to think differently. After the appearance of thrombocytopenia which was developing in to pancytopenia and hepatosplenomegaly raised the suspicion of haematological malignancies and primary liver tumour. Blood picture, bone marrow aspiration cytology and alpha fetoprotein were normal making the above differential diagnosis unlikely. Small for gestational age baby with thrombocytopenia and hepatosplenomegaly could also be due to congenital infections. TORCH screening was negative making that diagnosis less likely.

Small for gestational age baby, poor weight gain, seizures, recurrent hypoglycaemia, persistent feeding intolerance and thrombocytopenia could also be a part of inherited metabolic disease. Absence of acidosis was the only criteria which were against the diagnosis and the Guthrie test became normal. But theoretically CMV IgM can be negative while having the active infection which can be detected either in the blood or urine by PCR. This result became strongly positive. This explained the clinical history and the evolution of symptoms and signs. So the diagnosis of neonatal hepatitis syndrome caused by congenital CMV infection made.

Management of symptomatic CMV infection is mainly supportive. Definitive treatment has been suggested by several randomized clinical trials where they have treated with intravenous ganciclovir/oral valganciclovir. Results were promising especially for CMV central nervous system infection in reducing hearing impairment at the ages of 6 months and 1 year [1]. With the treatment and supportive care for active hepatitis symptoms improved and liver derangement was improving slowly.

The congenital cytomegalovirus infection is a diagnostic dilemma for clinicians owning its wide range of clinical presentations. This case history emphasizes the importance of thinking of all the possibilities with careful detection of developing signs to make a plan of investigations in order to arrive at a diagnosis. 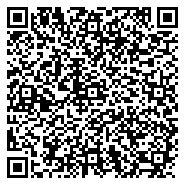