Bronchial asthma is commonly called as asthma, is a chronic disease of respiratory tract which is associated with inflammation of the airways of the lungs that causes coughing, wheezing, shortness of breath, and chest tightness.

Since, asthma is caused by inflamed airways. Swelling and muscle tightness can cause the airways to become narrow, thus limiting the supply of air to the lungs. This makes it hard for the person to breathe which eventually leads to an asthma attack.

Patients were selected based on presence of classical symptoms these divided into two group gives them Shrishadyavaleh with Virechana at dose dependent manner.

As, this is concluded that the effect of Shrishadyavaleh With Virechana on asthma is useful to cure in elevation manner.

Asthma is related with mast cells, eosinophils, and T lymphocytes [1]. The most important, Mast cells (allergycausing cells that release chemicals like histamine). But, Histamine nothing but substance that causes nasal stuffiness and dripping in a cold or hay fever, constriction of airways in asthma, and itchy areas in a skin allergy [2]. Eosinophils (type of white blood cell), which is associated with allergic disease [3]. T lymphocytes (white blood cells), which is associated with allergy and inflammation [4]. According to the World Health Organization, there are around 15-20 million bronchial asthma patients in India [5].

Bronchial Asthma is a major chronic airway disorder. It is a serious public health problem in countries throughout the world. Asthma effects peoples of all age and can be severe, sometimes fatal over two million people worldwide are suffering from Asthma, the prevalence is also increasing among children very fast [7].

As with all chronic diseases, rising prevalence is only part of the concern related to children. Mortality due to asthma one in last decade and has not changed in recent years. Morbidity due to exacerbations and persistent symptoms present as a huge burden to individuals the community for e.g. in the United States, over two million school days were lost in one year by children asthma. The consequent lost productivity of their parents was almost 1 billion, many chronic diseases asthma often appears early in childhood [8]. The life-long consequences inadequately treated asthma can besubstantial. A major burden of asthma falls on the developing world especially in terms disability adjusted life years. The extent of Burden of asthma is related to it. Although patients with severe asthma are in number than those with milder asthma with inadequately controlled severe asthma expenditure in health care cost especially hospitalization.

Asthma may be defined based on pathology of functional consequences as Asthma, is a health inflammatory disorder of the airways in cells plays a role mast T-lymphocytes [9]. In susceptible his inflammation causes recurrent episodes of wheezing, breathlessness, chest tightness and cough particularly at night, or in the early morning. These symptoms are usually associated with wide spread but variable air flow limitation that is at least party reversible either spontaneously or with treatment. The inflammation also causes associated increase airway responsiveness to a variety of stimuli [10].

So, its emerging need of innovative way to treat Asthma because of increasing incidence.

Patients were selected based on presence of classical symptoms of Tamaka Swasa Patients were than subjected to the detailed clinical history and physical, examination based on specially prepared Research Proforma (Questioner). Total 30 patients were registered for this study. All the patients were randomly divided into two groups as follows. We took writer consent form from each patient. Those who are not ready to give consent form, that patient excluded from the study.

In this group, 12 patients were given Shirishadyavaleha in dose of 10 g bid for duration of 1 month after performing Virechana Karma. Out off these 10 have completed the course.

In this group 18 patient were given Shirishadyavaleha in dose of 10 g bid for 1 month out of these 13 have completed the course. The tone of this study is both conceptual and clinical. Clinical study includes observations and results obtained in present study followed by discussion and conclusion which was observed in present study.

To assess the efficacy of remedy Shrishadyavaleha, scientific clinical study has been designed. This clinical trial carefully and ethically designed experiment with an aim to answer precisely framed questions. It is a mean to evaluate the efficacy and tolerability of a treatment Human beings. Details of clinical study are as follows.

Improvement in Rogabala along with Deha, Agni and Chetasa bala was considered for assessment in this study an effort has been made to follow the guidelines laid down by Aacharya Charka for assessment of Results. Total 100 score has been divided in following. Rogabala, Dehabala, Agnibala and Sotvabala.

Roga Bala has been given 60 score out of 100 for of degree of disease activity and symptoms. This score has been further subdivided as following.

To patients who have completed treatment in this group have showed 49.89% relief in Roga Bala, 59.80% on Deha Bala, 53.88 on Agni Bala and 52.45% on Chetasa Bala. Average percentage improvement obtained in this group was 51.93%. Thus in V.A. group good improvement was seen on all these parameters i.e. Roga Bala, Deha bala, Agni Bala, Chetasa Bala.

Improvement in Agni Bala and Deha Bala was also significant on all the symptoms of Deha and Agni Bala except on Sharira Upachaya i.e. weight gain. But no weight again was observed in single patient which indicates involvement of Rasadi Dhatu in pathogenesis.

Improvement in Chetasa Bala was also significant except on Vaikarika Swapna, that improvement in Chetasa Bala is due to relief in Roga Bala obtained after treatment due to relief in Swasakashtaka, Kaasa, Peenasa etc. The patients can perform all his routine activities and feels better. Thus, improvement in Sharira Bala plays a major role in improvement of Chetasa Bala. It shows interdependence between Sharira and Mana in every disease process. On Haeamatocrit Value, Eosinophil Count was reduced by 26.76% also decline in all Haeamatocrit values was observed but all these are statistically insignificant.

Effect of therapy in Avaleha group (A)

All sign and symptoms included in Roga Bala shows significant improvement except shleshma Vimokshante Saukhyam. Kasatah Sanniruddhyate, Parsva Shula, Trit and Ushnabhinanadati. Objective parameter of Roga Bala i.e. P.E.F.R. was just increased by 6.30% where as A.E.C. was reduced by 25.27%. This change in A.E.C. was slightly greater than that obtained in Virechana-A veleha group.

All signs and symptoms included- in Deha Bala, Agni Bala and Chetasa Bala showed significant improvement in this group. In this group also so improvement was observed on Sharira Upachaya i.e. weight gain. Following results were obtained on Haecamatorit vlues, Eosinophil count was reduced by 41.95% which is almost double than that of virechana group. Neutrophil and T.L.C. was increased significantly whereas Haemoglobin was reduced. 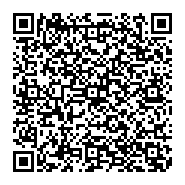