Materials and methods: We conducted a prospective study with 84 cases of hydronephrosis due to ureteropelvic junction obstruction, over a period of five years. We excluded the cases of hydronephrosis in ectopic or rotated kidney and cases of revision surgery (redo pyeloplasty). All patients were properly evaluated before subjecting them to the surgery. All patients underwent dismembered pyeloplasty through the posterior vertical lumbotomy incision. A transanastomotic double J stent was placed in all cases which were removed within 4-6 weeks of pyeloplasty. Perioperative findings were recorded, tabulated and analyzed carefully. The patients were followed up for 3 years.

Results: The mean age of the patient at operation was 43 months. The average length of incision was 3-4 cm and mean operating time was 50.6 minutes. There was no difficulty in gaining the access to the pathology in any of the patients. Intra-operatively, we failed to clear out the distal (ureterovesical junction) obstruction in 4 patients where a nephrostomy was done in addition to pyeloplasty. All patients recovered from anesthesia uneventfully and returned to full oral feeds by 1st postoperative day. There were no major complications related to surgery. The mean duration of hospital stay was 3.9 days. Redo pyeloplasty was needed in two cases. There were no wound related major complications.

Conclusion: The dorsal lumbotomy approach for pediatric pyeloplasty is advantageous in the form of small incision, easy and quick access to the pathology, short operating time, early recovery to normal activity and short hospital stay. It could also be practiced in other urological surgeries provided the cases are selected carefully.

Hydronephrosis (HDN) is one of the common correctable urological conditions in pediatric population. Ureteropelvic junction obstruction (UPJO) is the most common cause of HDN in children. The choice of surgery is dismembered pyeloplasty that can be done by anterior subcostal, flank approach or dorsal lumbotomy approach [1,2]. The posterior vertical lumbotomy incision provides an easy and quick access to UPJ. Moreover, this technique does not involve any muscle cutting and thus, there is minimal post-operative discomfort, negligible wound related complications, faster recovery and a cosmetically well-positioned scar [3,4]. We have conducted this study to reassess the pros and cons of the posterior vertical lumbotomy incision (PVLI) for pediatric pyeloplasty.

This is a prospective scrutiny of 84 cases of HDN due to UPJO who underwent Anderson Hynes dismembered pyeloplasty through PVLI. For all patients, we performed the preoperative investigations in the form of blood hemogram, urine routine and culture, ultrasonography of kidney ureter and bladder (USG KUB) for renal biometry, Diuretic isotope renogram with diethyl tri-amino Penta acetic acid (DTPA) and micturating cystourethrogram (MCUG). The indications for pyeloplasty were [A] symptomatic patients, e.g. pain, recurrent infection, palpable renal mass. [B] Asymptomatic patients with compromised renal function (Differential function less than 35% to 40% on DTPA Renogram) and presence of obstructive curve in isotope renogram. [C] Failure cases of non-operative management, i.e. deteriorating renal functions on DTPA renogram or increasing pelvicalyceal dilatation (Antero-posterior diameter of renal pelvis (APD) is more than 30 mm). [D] Persisting asymptomatic obstruction which shows no evidence of resolution (on USG and isotope renogram) despite stable differential function. There was difficulty in passing the appropriate size DJ stent into the bladder in four patients. In these cases, a protective nephrostomy was done in addition to pyeloplasty. Postoperative analgesia was provided with oral analgesic agents (paracetamol) only. Feeding was started 6-8 hour after operation. Majority of the patients were discharged on 3rd to 4th post-operative day. Mean hospital stay was 3.9 days (range 2 to 13 days). No operative or disease related death occurred in our series. After 6 weeks, the DJ stent was removed as a day care surgery procedure.

Out of 84 patients, 61 patients were males and 23 patients were females. The mean age at the time of operation was 43 months (range 2 months to 11 years). Presenting symptoms of our patients were painless lump, recurrent urinary tract infection and pain in the flank region. Seven patients had prenatally diagnosed hydronephrosis (Table 1). The average operative time was 50.6 minutes (ranged 45 to 95 minutes). The average per-operative blood loss was 21.2 milliliters (range 10 ml to 35 ml).

Post-operative pain was minimal and analgesia was provided only with oral paracetamol. A very few patients required round the clock analgesia after 2nd POD. Feeding could be started 6-8 hour after operation in more than 95% of cases. All patients could be returned to full oral feeds by 1st POD. Three patients had superficial wound infection that was treated by regular normal saline dressing and antibiotics. 90% of the patients could be discharged within (3rd to 4th) POD. The average duration of hospital stay was 3.9 (range 2-13) days in this study. The DJ stent was removed after 6 weeks as per the protocol of our institution. In one patient, there was spontaneous expulsion of DJ stent through urethra on 2nd POD. But this patient did not encounter any difficulty in the follow up period. In this study, 4 patients had associated UVJO which was suspected intra-operatively and confirmed by postoperative dye study (nephrostogram). These 4 patients underwent ureteric re-implantation after 3 months. Two patients had recurrent HDN due to anastomotic stenosis where revision of the surgery (redo pyeloplasty) was needed. No operative or disease related death occurred in our series. In 36 month follow-up there was evidence of clinical and radiological improvement in 82 patients.

Dorsal lumbotomy has been described as early as in 1870. It has not only been used to manage young children (infants and children under 12 years) but also older children, even in adult urological surgery [5]. There are two types of posterior lumbotomy incision; transverse and vertical. Choo and colleagues prefer transverse incision, as it leaves a more cosmetic scar. In this study, we have used the vertical incision for PVLI. The advantage being that this incision can be extended downward according to the pathology. Thus, it is preferable in lower ureteral pathology as well as in HDN with a long adynamic segment of ureter. Carrie et al. described vertical lumbotomy incision for excision of adrenal pheochromocytoma [6].

Braga et al. conducted a comparative study among the three approaches (flank incision, posterior lumbotomy incision and laparoscopy) for dismembered pyeloplasty in pediatric population. He found that the overall complications rate is not significantly different in these three approaches. Moreover, the overall outcome of pyeloplasty did not favor one particular approach over another [7]. Later on, a set of works carried out on the posterior lumbotomy approach and most of them revealed a positive feedback. All of them reported a list of advantages like; quick and easy access to the pathology, minimal post-operative pain and discomfort, early return to work, short duration hospital stay and low incidence of incisional hernia formation [8,9].

It has been mentioned in literature that the posterior lumbotomy incision should be avoided for pyeloplasty in HDN with malrotated kidney or ectopic kidney. This incision is also not suitable for redo pyeloplasty [10]. Thus, proper case selection is utmost important to avoid unwanted trap during operation. Fortunately, we did not face any such disappointing situation in any of our cases. Importantly, inadequate exposure in older children (due to well-developed back muscles) may be a limitation for using this incision. But, a PVLI can be extended both above and below as per the requirement. Thus, it can be used in any urological surgery involving the distal ureter even in older children. Although, the chances of nerves (iliohypogastric and ilioinguinal) injury are there. HDN with double obstruction (UPJO+UVJO) is another controversial entity for using PVLI. Obstruction in the both ends of same ureter can be underdiagnosed even with a meticulous preoperative investigations. Practically, a high-grade obstruction at the UVJ can mask the UPJO. So, diagnostic difficulties will arise in cases of coexisting UPJO and UVJO in the same ureter [11]. Pfister and Hendren reported five of 150 patients with primary megaureter which were associated with PUJO [12]. Peters et al. reported the coexistence of both anomalies in six of 47 patients with congenital obstructive uropathy. Sometimes, a double obstruction is suspected during operation due to failure to negotiate the DJ stent into the bladder [13]. Pesce et al. and McGrath et al. emphasized that pyeloplasty should be the first option if two anomalies are diagnosed before surgery. And an adjuvant nephrostomy will show the presence and severity of distal VUJ obstruction [14,15]. In our study, a post-operative nephrostogram confirmed the associated UVJO in four patients, and that was treated accordingly in the form of ureteric re-implantation after 3 months.

Adequate exposure, identification of the pathology, length of the adynamic segment, preexisting renal status and presence of any distal obstruction (UVJO) are the main determining factors for successfulness of the pyeloplasty. Choo et al. showed 99% success rate of pyeloplasty through PVLI, while Kumar et al. revealed that out of 31 cases, 2 cases required re-operation for a failed pyeloplasty. Bajpai et al. reviewed 36 cases of pyeloplasty using this incision where deterioration of split renal function was noted in one case [16]. In our study, there was evidence of functional improvement in the affected kidney in 82 patients in median follow-up period of 36 months. In accordance to the outcome, it can be concluded that adequate exposure and successful pyeloplasty can performed through this approach.

In our study, the median follow-up period was of 30 months. Onol et al. had shown that recurrent UPJO was not evident in any case with a median follow-up of 56 months in their series [17]. Boubaker et al. showed that after an unobstructed diuretic renogram in a post-pyeloplasty patient, recurrence of the obstruction was unlikely and which do not justify a long term follow-up. [18,19] O’ Reilly et al. performed a repeat renal scan in 24 patients at 6-19 years after surgery and concluded that the results were durable [20].

Our results have re-established the advantages of posterior lumbotomy approach. One of the limitations may be the lack of comparison group to laparoscopic pyeloplasty due to inherent basis of such an approach in our institution. Another limitation is the limited number of cases (n=84). For pyeloplasty in pediatric patients, the PVLI is better than other conventional approaches. In addition to HDN, other urological conditions also can be corrected safely through this approach. 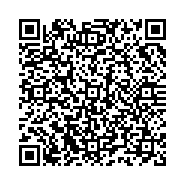