Diabetes and Periodontal Disease - An Important Link not to Overlook

Citation: Siddiqi A. Diabetes and Periodontal Disease - An Important Link not to Overlook. Periodon Prosthodon. 2016, 2:2.

It is well established that diabetes is the fastest growing, chronic disease that has become a major global intimidation to human health in the 21st century. Reports also suggest that by next year diabetes will be the highest contributor to the disease burden in Australia and will negatively influence Australian economy [1]. Periodontal disease is one of the two major dental diseases that affect humans on a global scale. Periodontal disease comprises a group of inflammatory conditions of gums/bone around teeth with distinctive clinical and radiographic manifestations. Over the past sixty years, developments in the epidemiological science have dictated important changes in our understanding of the periodontal diseases [2]. Periodontitis is an inflammatory form of periodontal disease which results in the apical migration of the junctional epithelium that leads to destruction of the connective tissue attachment and alveolar bone loss [3,4]. It is an intricate interplay between variable microbial infection and host immune response that is altered by environmental (bacterial plaque), acquired (diabetes) and behavioural factors (e.g., smoking).

Diabetes has been established as a modifiable risk factor for periodontal disease [8]. The research also supports a systemic effect of periodontal therapy in diabetic patients [8]. Number of clinical trials has shown that reducing HbA1C level up to 1% lowers micro-vascular complications by 35%, whereas, a 0.2% reduction lowers mortality rate by 10% [9]. Furthermore, several meta-analyses have shown that treating periodontal disease can reduce HbA1C by at least 0.40% [10-12]. Hence, a link has been established by number of clinical and epidemiological studies that demonstrates that diabetes is associated with increased occurrence and progression of periodontitis, and periodontal infection is associated with poorer glycemic control in patients with diabetes. Many people living with diabetes or periodontal disease are unaware of their oral and dental conditions. Similarly, they are ignored of the fact that these two conditions have a direct relationship in terms of severity of the disease. The growing number of diabetic patients throughout the world pose an urgent need to educate health professionals and diabetic patients about the impact of periodontal health on diabetes and vice versa. An active collaboration between medical and dental professionals is the key for integrated approach to diabetic patient care. Diabetes and periodontal disease remains a major public health problem with a significant impact, both economically and socially. Dental healthcare professionals should develop strategies aimed at prevention and early management of diabetic patients with periodontal disease that will improve the quality of life of these patients. 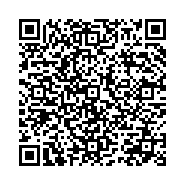