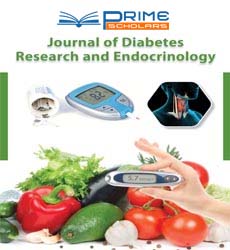 Pancreatic beta cells are unique effectors in the control of glucose homeostasis and their deficiency results in impaired insulin production leading to severe diabetic diseases. Here, we investigated the potential of a population of non-adherent Muscle-Derived Stem Cells (MDSC) from adult mouse or human muscle to differentiate in vitro into beta cells and when transplanted in vivo, as undifferentiated stem cells, differentiate in vivo and compensate for beta cell deficiency. Methodology & Theoretical Orientation: In vitro, MDSC were isolated on the basis of their poor adherence by serial preplating for 8 days. MDSC cultured for several weeks, spontaneously differentiated into insulin-expressing islet-like cell clusters as revealed using MDSC from transgenic mice expressing GFP or mCherry under the control of an insulin promoter. Differentiated clusters of beta-like cells co-expressed insulin with the transcription factors Pdx1, Nkx2.2, Nkx6.1 and MafA, and secreted significant levels of insulin in response to glucose challenges. In vivo, undifferentiated MDSC injected intraperitoneal into streptozotocin (STZ)-treated mice, engrafted within 48h specifically into damaged pancreatic islets and are shown to differentiate and express insulin 2-12 days after injection. In addition injection of MDSC to hyperglycemic diabetic STZ treated mice reduced their blood glucose levels for 2 to 10 weeks. Conclusion & Significance: These data show that muscle stem cells, MDSC, are capable of differentiating into mature pancreatic beta islet-like cells not only upon culture in vitro but also in vivo after systemic injection in STZ-induced diabetic mouse models. Being non teratogenic, MDSC can be used directly by systemic injection and this potential reveals a promising alternative avenue in stem cell-based treatment of beta cell deficiencies
Discussion: Here we have shown that a population of multipotent progenitors isolated from skeletal MDSC are competent to differentiate in vitro into insulin-expressing and secreting islet-like cell clusters. These cell clusters express a number of typical markers of endocrine differentiation, pancreatic progenitor, and mature pancreatic beta-cell differentiation. The islet-like cell clusters differentiated in vitro expressed insulin as confirmed with fluorescent reporters (eGFP or mCherry) in clusters formed from MDSC extracted from MIP-eGFP or RIP-mCherry transgenic mouse muscles and also secreted insulin in response to a glucose challenge. Strikingly, when assayed in vivo, after MDSC freshly purified as stem cells were injected IP into mice with chemically induced beta-cell destruction, they specifically localized to damaged islets within 48 h and differentiated into insulin-expressing beta cells within 10 days of injection. In addition, injection of undifferentiated MDSC into hyperglycemic mice effectively reduced their blood glucose level towards normal levels.
Whereas mesenchymal stem cells derived from bone marrow and defined as a stromal cell population have been extensively investigated, the muscle stem cell population we have examined here was isolated and purified on the basis of its lower adherence to plastic and even collagen-coated dishes. Such low adherence properties may favor a higher migration capacity after systemic injection, and skeletal muscle displays a number of essential characteristics that make it a potentially ideal source of stem cells for direct use in vivo. With a life-long self-renewal capacity to repair damage or to undergo de novo growth and differentiation, skeletal muscle is remarkable by its paucity to develop cancer except in rare cases of rhabdomyosarcoma in childhood. This high plasticity of skeletal muscle, capable of rapidly undergoing atrophy or hypertrophy throughout life, involves the regeneration of different types of tissue and organs in addition to muscle fibers: connective tissue, vascularization, and, most importantly, innervation (since a denervated muscle cannot fully regenerate and instead undergoes atrophy. The intermediate filament nestin, known to be a marker of meso-ectodermal stem and progenitor cells, is present in 12 to 15% of the cells initially isolated from muscle tissue and enriched fivefold (to 75–80%) during the MDSC purification process. Nestin is not only a marker of neuronal progenitor and stem cells but is also expressed in progenitors cells present in pancreatic islets. In addition, when pancreatic progenitors and insulin-expressing cells are derived from mouse ESC, nestin is expressed during the progenitor phase and is shown to play essential roles in the process of stem cell differentiation into insulin-secreting cells. When insulin-expressing clusters were differentiated from MDSC expressing eGFP under the control of the nestin promoter, we observed that nestin-GFP-positive cells accumulated in and around islet-like clusters together with, but distinct from, insulin-expressing cells. We have previously shown that MDSC are multipotent and can differentiate into at least five different meso-ectodermal-derived lineages including typical neuronal-like cells and automatically beating pacemaker cells (Mesirca et al., manuscript in preparation). Here we show that, in addition to these two excitable cell types, MDSC can also spontaneously differentiate within 2–3 weeks in culture into cell clusters that express several markers of another excitable cell type, the pancreatic beta cell lineage.