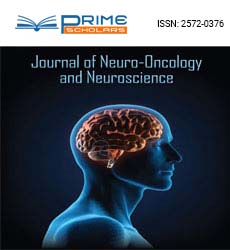 Background: Brain tumors are associated with relatively high mortality and morbidity in comparison with their low incidence. Little is known about primary brain tumors in Lebanon, as well as in the Arab world.

Aim: This study aims to analyze the epidemiology of brain tumors across the Lebanese population, and find the most common histologies, the malignant behavior, and age distribution of these tumors.

Materials and methods: Data from pathology reports of patients diagnosed with malignant and non-malignant primary brain tumors were collected retrospectively in an eleven-year period (2007-2017) from four medical centers in Lebanon. Coding of tumor morphology, anatomical location, and malignant behavior was accomplished according to the International Classification of Diseases for Oncology and the World Health Organization 2007 classification of brain tumors. Grouping of morphology and topography was inspired by the CBTRUS’s (Central Brain Tumor Registry of the United States) groups. A total of 695 primary brain tumor cases (61% malignant and 39% non-malignant) were retrieved from different regions across the country.

Conclusion: Lebanon presented a low rate of pituitary tumors and an unusually high percentage of malignant tumors, as well as pediatric glioblastomas and meningiomas. This should raise major concerns for policymakers and public health officials as well as researchers to detect the possible underlying causes.