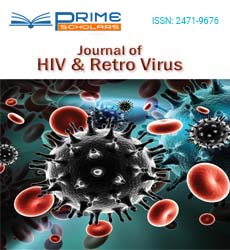 According to various authors, an analysis of the causes of unsatisfactory wound treatment showed that among the common causes (70%) there was late diagnosis, inadequate surgical intervention (67%), inadequate local treatment (43%), and errors in antibacterial therapy (87.5%).

The purpose of our study was to assess the characteristics of changes in the cytological pattern during the course of the wound process in patients with sepsis.

Investigations were carried out in 73 patients with purulent-inflammatory diseases of the soft tissues who were hospitalized at the Republican Center for Purulent Surgery and the surgical complications of diabetes mellitus. The average age of patients was 68.1±3.8 years. Patients aged 41 and older accounted for 93.1%. Among the surveyed were 32 men (43.8%) and 41 women (56.2%).

Analysis of the prevalence of purulent-inflammatory process in patients revealed that to a greater extent its localization was noted in the trunk region (59%), almost the same amount was located in the lower limb (17.8%) and perineum (13.7%). 95.9% of patients (70 patients) were diagnosed with type II diabetes.

Combinations of this type of change with the presence of inflammatory cells were often noted, which is characteristic of this type of pathological process. Tissue elements were subjected to the action of microorganisms and the inflammatory process of destructive and necrobiotic changes in the form of vacuolization, loosening and homogenization of the nuclear-cytoplasmic structures.

In the early stages of treatment and the course of the inflammatory process, the polynuclear leukocytes prevailed in the cytological material, and the later periods - the leukocyte infiltration of histiocytic and lymphoid cells.

Detritus had a grayish tint at its pollen origin. The yellowish tint indicated the presence of a necrotic substance of a fatty-lipid nature. The nature of the detritus and protein mass in the composition of the cytological preparation, as is known, determines the type of bacteria. In the presence of structureless masses of fatty-lipid nature, in our studies, the infection was caused by gram-positive cocci, which were covered outside by a liposaccharide membrane.

In some cases, protein mass prevailed in the cytological imprint in the composition of detritus. This variant of the lesion was caused by gram-negative microorganisms. They all had a glycoprotein outer sheath.

The results of the microscopic examination showed that the nature of the purulent-inflammatory wound of the soft tissues determined the cellular composition of the inflammatory infiltration.

In the early stages of the disease, polynuclear granular leukocytes were also detected on cytological preparations. Moreover, they had different shapes and sizes, their nuclear structures were often colored with hyperchromic color, swollen with a thickening of the nuclear bridges between the chromatin segments.

There were also granulocytes with karyolitic and karyorectic changes in nuclear structures. Sometimes the chromatin substance of the nucleus was in a state of sputtering and decay. The cytoplasm of polynuclear leukocytes was also swollen, expanded in volume, the granular material was often in a state of activation in the form of rupture and dissolution or effusion into the surrounding space. Phagocytosed bodies were found in the cytoplasm of neutrophilic leukocytes.

In inflammatory cells, the nuclear-cytoplasmic ratio was low: on the first day of treatment, it averaged 0.079±0.0016%, and in subsequent periods of treatment it did not increase significantly. It is known that this relationship is determined between the areas of the cytoplasm and the nucleus of a living cell. Possessing an important morphological characteristic, the nuclear-cytoplasmic relation allows to assess the level of metabolism, to reveal the manifestation of compensatory reactions.

Moreover, in cases where the presence of a mixed flora was detected in cytological preparations, and among granular leukocytes, the presence of single eosinophilic leukocytes was found, they attached to the inflammatory diseases of the autoimmune processes.

Note: This work is submitted to present at 3rd European Congress on Vaccines and Immunology scheduled during September 23-24, 2020 at London, UK